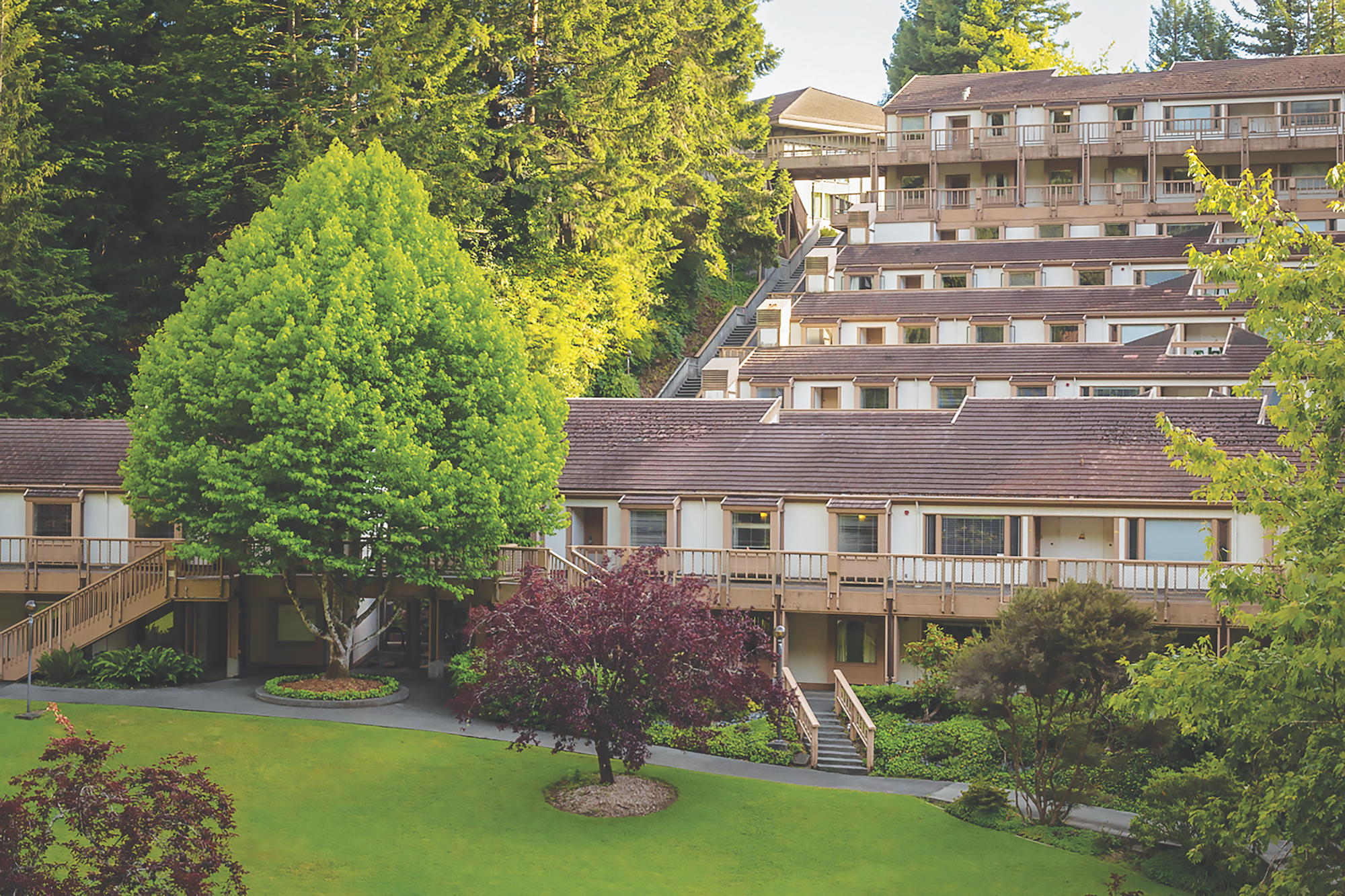 Thousands of students at California State University may lose out on affordable housing because the Cal State system misread the fine print of a new state student housing program.

The error — uncovered by CalMatters and acknowledged by Cal State officials — is straightforward but costly. In filling out paperwork required to get its portion of the $2 billion Gov. Gavin Newsom set aside for student housing, Cal State incorrectly assumed that it could use that money — and only that money — to build dorms and apartments for low-income students.

In reality, state rules allow Cal State to combine this limited pot of state money with outside funds, such as dollars from bonds the university regularly issues. Using a mix of funds allows a campus to either build larger structures to include more beds or combine projects to house more students.

The consequence for Cal State’s blunder: Unless state lawmakers intervene, as many as 3,000 students will be deprived of affordable housing.

CalMatters discovered the discrepancy by reviewing building applications, official correspondence and other documents related to the three-year, $2 billion Higher Education Student Housing Grant Program that the Legislature approved in this year’s state budget. Over that three-year period, Cal State is slated to receive $600 million from the grant program to build housing at low rents for students.

The error comes after a Cal State vice chancellor implored the state to change the rules to accommodate more flexible spending.

The state housing program is seen as one way to defray much of the costs of college attendance. More than half of Cal State and UC students from California don’t pay for tuition, but campus rent can tack on as much as $11,000 a year for Cal State students, though federal grants can help cover those expenses.

Arguably hundreds of thousands of California university and community college students struggle to afford a stable place to live. University housing is typically cheaper than off-campus housing in the surrounding communities.

The Cal State paperwork snafu directly affects the initial $150 million portion of funds carved out for the university system in this year’s state budget. Applications for using the funds were due by Oct. 31. Because the deadline came and went, a do-over for Cal State is tricky, said Rebecca Kirk, a project manager at the Department of Finance, an agency of Gov. Gavin Newsom’s administration that is overseeing management of the student housing grant money.

“Because that initial filing round had an established deadline of October 31, that was kind of the cut-off on the initial rounds,” she said in an interview. Fixing the error would be “a pretty significant potential change” to the proposals, Kirk said.

The department has until March 1 of next year to submit to the Legislature a list of recommended housing projects the state should fund. From there, lawmakers and the governor will ultimately decide what gets funded in either the state’s budget process or a standalone bill.

It’s unclear whether lawmakers could allow Cal State to come up with new construction plans to make better use of the money. The law governing these funds is silent on whether lawmakers can deviate from what campuses initially proposed in their applications.

“If CSU erroneously submitted their application based on a bureaucratic misunderstanding, we should give them every opportunity to correct it,” said Assemblymember Phil Ting, a Democrat from San Francisco who is chairperson of the Assembly’s budget committee, one of the two committees that’ll receive the Department of Finance’s recommendations. “Student housing is too important of an issue to let bureaucracy stand in the way.”

The speed at which the decisions have to be made is intentional: The law prioritizes affordable student housing projects that can start construction by the end of 2022.

The Cal State system owned up to its error when asked by CalMatters. The university “misinterpreted” the guidance that the Department of Finance gave campuses as “intending for the program to fund the student housing grant project in its entirety,” Vi San Juan, Cal State’s vice chancellor in charge of construction, wrote in a statement. The Department of Finance’s guidance, shared with the state’s public higher education systems Oct. 7, said that “proposals that include funding contributions from other sources will be considered.”

Kirk said the system could revise its remaining proposals that aren’t funded in the first year of the program in the funding rounds for 2022 and 2023.

Mixing state and outside funds can mean more student housing

The potentially massive setback for students comes as a result of a misunderstanding of the rules by the Cal State system that has persisted for weeks. On Nov. 8, Robert Eaton, the Cal State vice chancellor who oversees financing, mistakenly told lawmakers in a public hearing that the student housing grant program’s funds cannot be combined with other money. He then urged lawmakers to change the program’s rules to allow for that.

Doing so “would spread the grant dollars over a larger number of projects, thereby potentially providing affordability benefits to an even greater number of students,” Eaton said. The Cal State system can easily borrow money through its existing construction bond program. Eaton said that already about a third of Cal State’s $8.8 billion construction bond debt is for financing student housing.

Experts say now’s an especially ripe time to plan for housing construction because borrowing rates are so low. The savings from near-zero interest plus state housing dollars drive down the cost of construction, which leads to student savings because campuses can charge less for housing.

“If CSU erroneously submitted their application based on a bureaucratic misunderstanding, we should give them every opportunity to correct it.”

Jack McGrory, a Cal State trustee, said in an interview that if the system were allowed to use a mix of funds, it could build 5,000 to 6,000 beds rather than the roughly 3,300 it proposed. McGrory, a building developer in San Diego, spoke with CalMatters before it became clear that the flexibility Cal State sought was already built into the state student housing program.

It’s a tactic the University of California knew to pursue in its state student housing applications. UCLA, for example, wants to use $35 million in state grant money and $29 million of its own to build 179 doubles with private bathrooms. Because of the new housing grant’s affordability rules, rents per student will be $600 a month when the project is completed in 2025 — about a third of what UCLA typically charges for such accommodations, the UC application said.

UC Berkeley plans to use $100 million in state housing money in conjunction with about $200 million in UC bond money to bring down the rents students will eventually pay. Mixing the two pots of funds would allow the campus to add 300 additional beds at rents of $1,100 — about a third less than what other campus students pay.

A history of housing shortages

Lawmakers’ growing interest in student housing is a reflection of their bid to have the UC and Cal State enroll more California students. The state plans to up enrollment by 15,000 students at the two systems next year — and more students means more pressure to house them.

Hundreds of UC students have resorted to living in hotels because campuses have no space for them and nearby apartments off-campus are either too expensive or unavailable. Eight UC campuses this fall had 7,500 students on housing waitlists. The Cal State system reported 8,700 students waitlisted for housing.

What’s it like to study from a hotel? As UC housing crunch worsens, these students are finding out

At least four UC campuses have resorted to hotels to house students this fall. The option provided temporary relief to hundreds of students. But the financial support campuses offered varied. And for many students, finding more permanent, affordable housing remains elusive, even as the end of fall quarter nears.

Two UC campuses — at Davis and Santa Cruz — are locked into legally binding deals with their local governments to expand enrollment only if they can add an equal amount of new beds. Legal disputes such as these have led to housing construction delays at UC Santa Cruz and an outright ban on expanding enrollment at UC Berkeley.

The housing squeeze exists despite the fact that Cal State and UC combined have built enough new housing for some 36,000 students since 2015 and plan to add another 21,000 slots in the near-future.

At the same November hearing where Cal State’s Robert Eaton incorrectly interpreted housing financing rules, the UC told lawmakers that it would benefit from a program in which the state gives the university system interest-free loans to build housing as another way to expand the affordable student housing stock. An influential lawmaker in higher-education, Sacramento Democratic Assemblymember Kevin McCarty, proposed such a bill this year but it was heavily revised and excluded the loan aspect when it finally passed.

UC San Diego Chancellor Pradeep K. Khosla said his campus would benefit from added state investment because it’s coming close to maxing out the amount of money it can borrow from the bond market. UC San Diego wants to build enough student housing to offer a four-year housing guarantee to all undergraduates with rents that are at least 20% below market rate. The campus has been in a construction frenzy to get there: Khosla said the campus has built 6,000 new beds since 2013 and plans another 10,000 by 2030. A “revolving loan” from the state at 0% interest would lead to enough savings for UC San Diego to reduce campus rents to 38% below market rate for the campus’s lowest-income students, Khosla said.

But other campuses are running out of land to build more housing. That may mean tearing down existing buildings to build taller ones. It’s another scenario in which the state’s increasing footprint in campus housing may play a key role.

And with another year of record high tax revenue appearing likely next year, the state’s lawmakers will have a lot of options to fund a new batch of big projects.