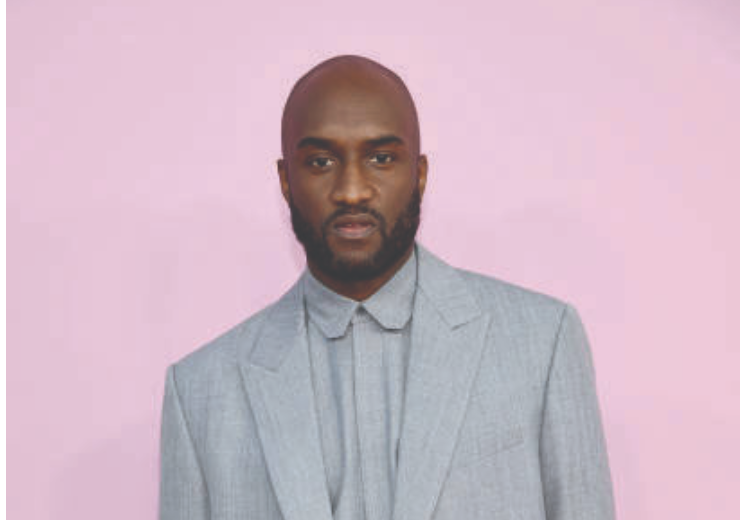 The news was announced in a statement on social media by LVMH, Louis Vuitton and Off-White. Abloh was named the menswear artistic director for Louis Vuitton in 2018, making him the first African-American designer at the European label since it was founded in 1854.

The news was also posted to Abloh’s personal Instagram account, where they detailed the battle he fought against “a rare, aggressive form of…cardiac angiosarcoma”.

Abloh, who was first diagnosed in 2019, had been battling cancer “privately for several years” before succumbing to the disease, according to his company.

Abloh got his early start in the streets of Chicago. After earning a master’s degree in architecture from the Illinois Institute of Technology, Abloh taught himself design, learning from Chicago graffiti art.

Abloh later went on to debut his high-end streetwear fashion house, Off-White, which was founded in 2013. Five years later, Louis Vuitton brought him on as the artistic director of the menswear ready wear line, making him the company’s first Black artistic director and one of the only Black designers to lead a major French fashion house.

He changed the runway,  in June 2018 with his first Louis Vuitton show, which brought his street style into the world of luxury brands and featured celebrity models Kid Cudi and Playboi Carti.

Since then, Abloh has remained in high demand. His most notable accomplishments include designing a two-piece black-and-white outfit for Serena Williams at the 2018 French Open and Hailey Bieber’s wedding dress.

“Through it all, his work ethic, infinite curiosity, and optimism never wavered,” the statement reads. “Virgil was driven by his dedication to his craft and to his mission to open doors for others and create pathways for greater equality in art and design. He often said, ‘Everything I do is for the 17-year-old version of myself,’ believing deeply in the power of art to inspire future generations.”

Bernard Arnault, the CEO of LVMH, called him “not only a genius designer, a visionary, but he was also a man with a beautiful soul and great wisdom.”

“The LVMH family joins me in this moment of great sorrow, and we are all thinking of his loved ones after the passing of their husband, their father, their brother or their friend,” Arnault said in a statement.

Abloh also worked as an intern at Fendi in 2009, the same year as rapper Kanye West. The two formed a close relationship. Abloh eventually became the creative director of West’s DONDA and the artistic director for the 2011 album “Watch the Throne” from West and Jay-Z.

“My heart is broken,” Pharrell Williams tweeted. “Virgil you were a kind, generous, thoughtful creative genius. Your work as a human and your work as a spiritual being will live forever. Sending love and light to your wife, children, family and day ones you’re with the Master now, shine.”

What Is Cardiac Angiosarcoma?

Cardiac sarcoma is a rare type of primary malignant (cancerous) tumor that occurs in the heart.

According to the National Cancer Institute, angiosarcoma is a rare cancer that develops in the inner lining of blood vessels and lymph vessels. Most often found in the skin, breast, liver and spleen, this cancer can occur anywhere in the body.

The medical institution’s website states that the tumors “may occur on the outside surface of the heart, within one or more chambers of the heart (intracavitary) or within the muscle tissue of the heart.

Cardiac sarcomas are most frequently diagnosed as angiosarcoma. Most angiosarcomas occur in the right atrium, resulting in obstruction of the inflow or outflow of blood. This obstruction may cause symptoms such as swelling of the feet, legs, ankles and/or abdomen and distension of the neck veins. These symptoms occur because the blood coming back to the heart after traveling through the body cannot easily enter or be pumped out of the right atrium.

Cardiac angiosarcomas that occur on the pericardium (the thin sac that surrounds the heart) can cause increased fluid inside the sac. If enough fluid accumulates within the pericardial sac, the heart’s ability to pump blood is affected. Some signs of this occurrence may include chest pain, shortness of breath, fatigue and palpitations.

Tiny pieces (emboli) of cardiac sarcomas may break off and travel through the bloodstream to other parts of the body. An embolus may block blood flow to an organ or body part, causing pain and damage to the organ or body part that lies beyond the point at which the blood flow is obstructed. Emboli can affect the brain (causing a stroke), the lungs (causing respiratory distress) and/or other organs and body parts.

Additional symptoms can include the following:

Other Signs of Cardiac Sarcoma

Other signs of cardiac sarcoma not related to the location of the tumor in the heart may include the following:

Fingers that change color, or turn blue (Raynaud’s phenomenon), when pressure is applied.

Nail curvature with enlargement of the finger’s soft tissue.

The symptoms of cardiac sarcoma may resemble other cardiac or medical conditions. Always consult your doctor for a diagnosis.

Abloh is survived by his wife, Shannon, their two children, Lowe and Grey, his sister Edwina and parents Nee and Eunice.