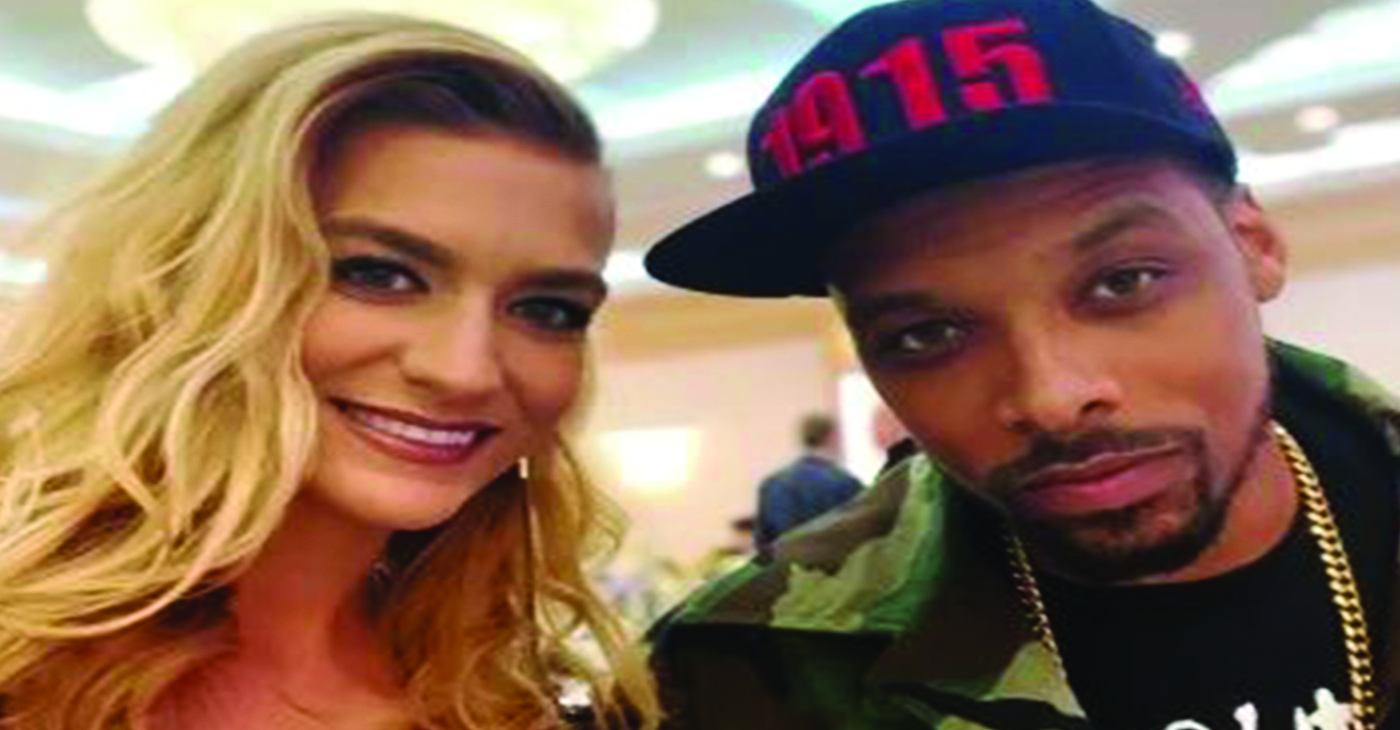 A settlement has been tentatively reached with the  city of Los Angeles in a federal civil rights lawsuit brought by a Hollywood music producer who fought in court to have police body camera video made public to prove allegations he was racially profiled before his arrest, his attorney said today.

Antone Austin, 42, was taking in his trash cans at his apartment on May 24, 2019, when two Los Angeles Police Department officers suddenly pulled up and ordered him to turn around, according to video footage unsealed by a federal judge in April.

Without explanation, the officers — responding to reports of a domestic violence incident in which the suspect was the white boyfriend of a neighbor — attempted to handcuff Austin, who is Black, and became upset with him when he didn’t comply, according to the lawsuit filed last year.

As Austin was being detained, his girlfriend came running out of the apartment and was also arrested. Both were held in jail for hours, paying a total of $57,000 in bail, their lawyer said.

The settlement was reached in principle last week, according to Faisal Gill, the couple’s attorney. Gill said he could not disclose the amount of the settlement until the agreement is brought before the City Council for a vote sometime in the next few weeks.

“I think the city realized this was not a case they wanted to take to trial,” Gill told City News Service. “I’m just sad it took this long for them to realize something they should have known at the very beginning. I’m happy they finally realized settlement is the best option.”

City Attorney’s Office spokesman Rob Wilcox said he could not comment on a pending settlement.

The lawsuit asked for at least $2 million from the city and was set for jury trial in October. A federal judge ordered the suit dismissed Tuesday after learning of the pending settlement, according to court records.

The 11-minute video, which was made public by U.S. Magistrate Judge Jacqueline Chooljian as part of the lawsuit, shows the couple being detained by LAPD officers as Austin and his girlfriend proclaim Austin’s innocence.

Apparently most damaging for the city are the first minutes of the video showing officers expressing confusion whether Austin — a music producer who goes by the name Tone Stackz — is the actual suspect they are looking for, even though they were told it is a white man they’re after.

As the patrol car passes Austin and then turns back, one officer asks, “This dude?” and his partner responds, “Probably.”

Gill said charges of resisting arrest and assault on a police officer were eventually dropped against Austin, and a charge of interfering in the arrest lodged against Austin’s girlfriend, Michelle Michlewicz, was also tossed.

An LAPD spokesman previously said that according to policy, the department does not comment on pending litigation.

In court filings earlier this year, the Los Angeles City Attorney’s Office argued that the couple’s claim was without merit and should be dismissed, and that Austin and his girlfriend were to blame for the incident. Attorneys for the city also maintained that the two LAPD officers are immune from liability.

Gill previously said the officers didn’t know who they were looking for when they arrived at the scene in response to a domestic disturbance call involving a white neighbor.

“It was racial profiling,” Gill alleged in April. “No question about it, and to add injury to insult, they arrest my clients, put them in jail … Even the woman who called 911 tried to tell the officers that they had the wrong person.”

As for Austin’s reaction to the settlement, Gill said “he’s satisfied with it. He’s just relieved it’s over.”