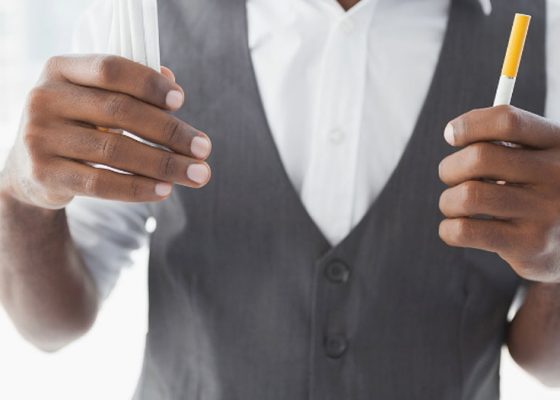 Several state legislatures have recently proposed laws which are being directed towards what may only be viewed as a mephitic approach to issues as they relate to youthful use of e-cigarettes and vaping.

We stress the concept that these proposed legislative acts would, in fact, be antithetical to healthy, robust and productive relationships between law enforcement and those they are sworn to protect as these new laws would presumably provide law enforcement officers with the authority, indeed the responsibility, to stop, interrogate and arrest persons on suspicion of selling or being in possession of untaxed cigarettes.

None of these legislative efforts appear to have considered the obvious detrimental impact on communities of color, where the preferred cigarette is menthol, and approximately 80% of all African Americans who do smoke prefer to smoke menthol cigarettes. They as well seem to have totally disregarded the strong recommendations of the 2009 Federal Tobacco Control Act in reaching out to subject matter experts when developing the actual language of their legislation. To date, there has been no known input from law enforcement experts, and specifically none from members of any of the nearly thirty organizations representing African American and Latino criminal justice practitioners in the Northern United States who are infinitely aware of the devastating impact of adverse law enforcement interaction in communities of color.

And we must not forget the deadly result of law enforcement interaction with Eric Garner in New York for exactly what these laws would prohibit-the illicit sale and possession of untaxed cigarettes.

We strongly urge members of the community to revert to their roots as civil rights activists and make their voices heard on this issue. And we demand that legislators reconsider their proposals and the obvious consequences it will have on a community that is now, again, being adversely targeted.

The National Association of Black Law Enforcement Officers, Inc., a 501(c)(3) non-profit, is a premier national organization representing the interests and concerns of African American, Latino and other criminal justice practitioners of color serving in law enforcement, corrections, and investigative agencies throughout the United States, and the communities in which they serve.