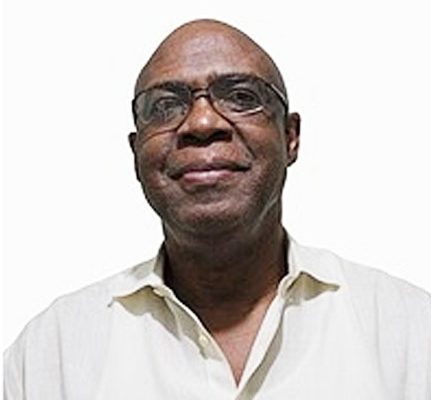 Washington, D.C. (Ethnic Media Services) – Gilberto Amaya is a descendant of Africans of various tribes captured and transported in the 1700s to St. Vincent and the Grenadines in the Caribbean. Though intended for the harsh yoke of servitude, they ran the ships aground, then escaped inland where they intermarried with the islands’ indigenous Carib and Arawak Indians. Their progeny, also referred to as the Black Caribs, are better known today as Garifuna.

After wars of resistance against the British, the Garifuna were captured and forcibly shipped to Honduras. Amaya was born there in. An international development consultant who emigrated to the United States in 1989, he proudly identifies himself as Garifuna, and, as proudly, as black and as an Afro Latino.

The Hispanic/Latino population’s dramatic growth, captured in the U.S. censuses of 2000 and 2010, did not go unnoticed by America’s political class. Amaya remembers the raw opportunism and frantic attempts of the Democratic and Republican parties to tap into what was perceived as a potential source of voters by the Democratic and Republican parties. Likewise, corporations, awakened to an emerging client base and potential consumer market, solicited Spanish language speakers.

“I remember the lawyers all over the region where I live in Virginia running around, struggling with their broken Spanish to reach out to the Hispanic population because it [was] growing so fast.”

According to the Census Bureau, Hispanics in the U.S. are nearing 60 million, more than 18 percent of the population. By 2050, this cohort is projected to rise to approximately 133 million people and will comprise one-third of American residents. Hispanics are “the nation’s largest ethnic or racial minority,” the Census Bureau reports, and 10 states already have at least one million Hispanic residents.

For many Americans, the terms Hispanic and Latino are interchangeable, but for purposes of the census, Hispanic refers primarily to descendants of forebears from Mexico or other polities once under Spanish rule. Latino describes the populations of Central and South America, or Latin America, but includes Brazil, colonized by the Portuguese.

How the descendants of the millions of Africans imported into this once New World defined themselves is rarely addressed. In some countries, Amaya explained, those who owned slaves included them in census responses as an indicator of wealth. After independence, he said, “governments sought to present a whiter face to the world in order to attract European immigrants.” The hierarchical color codes denoting mixed blood and status, with “black” at the bottom, were maintained as a social construct, but discarded for purposes of the census.

With guidelines set by the Office of Management and Budget (OMB), the U.S. Census Bureau uses a linguistic panacea of sorts. Hispanics and Latinos are not a race, but rather an ethnic group that can be of any race. The bureau notes that, “in 2000 and in 2010, the Some Other Race (SOR) population, which was intended to be a small residual category, was the third largest race group. This was primarily due to Hispanics identifying with any of the OMB race categories. In addition, segments of other populations, such as Afro Caribbean and Middle Eastern or North African populations, did not identify with any of the OMB race categories and identified as SOR.”

The 2020 census race categories will be the same as in 2010: white; black or Afro Am; American Indian or Alaskan Native; and then as many as 11 boxes to denote Asian.

In order for Garifuna to be recognized in the 2020 census, Amaya will have to write Garifuna or Honduran on the form, under the Hispanic origin, and then also check the box for Black or African Am. Presumably, he will be counted as both. Amaya estimates that, when adding the Afro Latino population to the black/African American one, their combined percentage of the U.S. total is probably closer to 20 percent.

Amaya’sinsistenceon raising the visibility of the Afro Latino presence in America elicits discomfort in some quarters. He said he’s been accused of being divisive because he points out that the Hispanic/Latino community’s diversity has been understated.

Amaya’s letter to a Census Bureau director addressed “the concern increasingly voiced by millions in the Afro Latino community, a significant growing segment of the Hispanic population in the United States, which doesn’t see itself recognized, equitably represented and sharing the benefits — including representation in government, employment services, among others.”

Locally, Amaya has been working with the District of Columbia’s Complete Count Committee to ensure that Afro Latinos make themselves known in the 2020 census. During the Congressional Black Caucus Foundation’s annual legislative conference in September, he was a key organizer of a panel, “The Decade of the Diaspora: A Conversation on the Afro Descendant Experience in Latin America,” hosted by Rep. Hank Johnson, D-Ga. Actor Danny Glover was a speaker, as were several Garifuna activists. Though the topics centered on the challenges and conditions of Afro Latino communities abroad, the question of identity resonated throughout the discussion.

In 2001, UNESCO recognized the Garifuna language, dance and music of Belize, neighboring Honduras, as a Masterpiece of the Oral and Intangibles Heritage of Humanity. As a language, Garifuna is a mellifluous tongue comprised of African dialects, Carib, Arawak, and elements of French.

Amaya is fluent in Garifuna and cites sustaining language and culture as a Garifuna quest as well. He is heartened by individuals like Ruben Reyes, for example, who co-produced and starred in “Garifuna in Peril,” a film about how modernity is affecting Garifuna communities. Amaya sees the census as a valuable tool to foster Afro Latino and Garifuna prosperity.

“We have our challenges,” he said of the struggle for unity, but he trusts that the Garifunas’ “fierce resilience” will help chart their path.

Khalil Abdullah, a former executive director of the National Black Caucus of State Legislators, is a writer for Ethnic Media Services. He is also a former editor/writer for New America Media and former managing editor of the Washington Afro Newspaper.