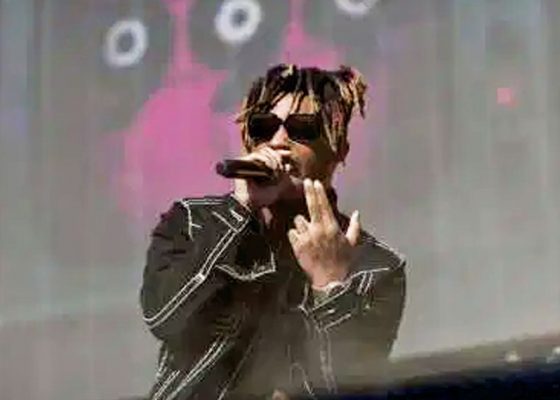 21-year-old rising Chicago rapper Juice WRLD was pronounced dead this morning, Sunday, December 9, 2019, after experiencing a medical emergency at Chicago’s Midway International Airport.
Juice WRLD, born Jarad Anthony Higgins and known for topping the album charts this year with his acclaimed work Death Race for Love, was rushed to a nearby hospital where he was pronounced dead as first reported by TMZ. The Cook County medical examiner confirmed Higgin’s death to the New York Times.
Emergency crews arrived at Midway International Airport around 3:30 A.M. after Higgins experienced an unknown “medical issue”, according to the
Chicago Fire Department and the Cook County medical examiner’s office.
It was later confirmed by the Chicago Police Department that Higgins suffered a medical emergency shortly after getting off a private jet. An autopsy has yet to be performed, but Higgins reportedly suffered a seizure just seven days after celebrating his 21st birthday.
“A 21-year-old male suffered a medical emergency and was transferred to [Advocate Christ Medical Center] in Oak Lawn where he was pronounced dead,” a rep for the Chicago Police Department told Rolling Stone Magazine.
The authorities would not identify the male as the investigation was still pending. No cause of death was provided.
In just two years, Juice WRLD was able to make his mark on the music industry, landing three chart-topping albums. After his breakout single, All Girls Are the Same, he madehis 2018 album debut with Goodbye & Good Riddance, which wowed fans with the unexpected Hot 100 hit Lucid Dreams.
Following that he released a collaborative mixtape with fellow rapper, Future. This mixtape, WRLD on Drugs, peaked at Number 2 on album charts.
Upon learning of Higgins’ death, fellow musicians took to social media to pay homage to the young talent, who had a very promising career ahead of him. Please keep his family in your prayers at this time.