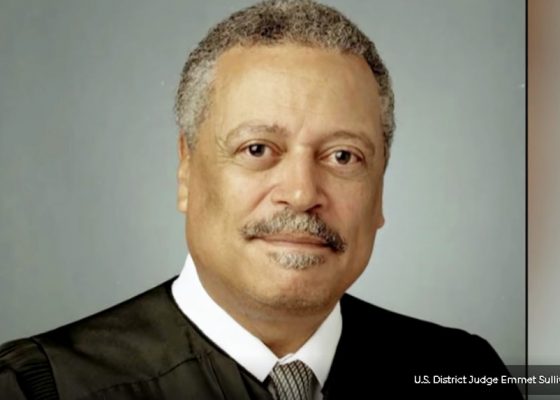 U.S. District Judge Emmet Sullivan slammed Michael Flynn, a former lieutenant general, who served as President Donald Trump’s national security adviser, for lying to federal investigators in their probe into Russian interference in the 2016 election, and for lobbying for Turkey.

Sullivan is one of the many prominent graduates of Historically Black Colleges and Universities (HBCUs). The longest-serving active federal judge on the U.S. District Court in Washington is an alumnus of Howard and Howard Law.

“All along you were an unregistered agent of a foreign country while serving as the national security adviser,” Sullivan told Flynn in a two-hour court hearing for his crimes, on Tuesday. “Arguably, that undermines everything that this flag over here stands for.

“Arguably, you sold your country out.”

He said he wasn’t suggesting Flynn did, in fact, commit treason, but asked prosecutors about the potential crime.

“After looking at the definition of treason, we have no reason to believe he committed treason,” prosecutors said.

Flynn pleaded guilty to lying to FBI agents about his December 2016 conversations in Washington with then-Russian ambassador, Sergei Kislyak, about U.S. sanctions imposed on Moscow by the Obama administration, after Trump’s election victory, but before he took office.

“I want to be frank with you, this crime is very serious,” Sullivan told Flynn. “Not only did you lie to the FBI, you lied to senior officials in the incoming administration.”

“I was aware” that lying to the FBI was a crime, Flynn said, accepting responsibility for his actions.

Sullivan continued to scold him.

“I am not hiding my disgust, my disdain for your criminal offense,” he said.

He noted that Flynn had also lied to senior White House officials, who in turn, misled the public.

Sullivan appeared to be ready to sentence Flynn to time and prison, but he gave him the option of a delay, which Flynn chose.

Prosecutors working under Special Counsel Robert Mueller had requested Sullivan delay sentencing until Flynn finishes assisting in an investigation. Mueller is leading the investigation into possible collusion between Trump’s campaign team and Russia ahead of the 2016 presidential election.

Sullivan, age 71, was first appointed to the local D.C. Superior Court by President Ronald Reagan in 1984. President George H.W. Bush then named him to the D.C. appeals court. President Bill Clinton later appointed him to the federal bench.

“In a quarter-century on the bench, Sullivan has routinely drawn high-profile cases, among them the Justice Department’s mishandled prosecution of former U.S. Sen. Ted Stevens and the government’s successful challenge in 2016 to Staples’ proposed takeover of Office Depot,” according to The National Law Journal.

In August, Sullivan made national headlines after he learned a mother and daughter had been deported while their asylum case was pending before him.