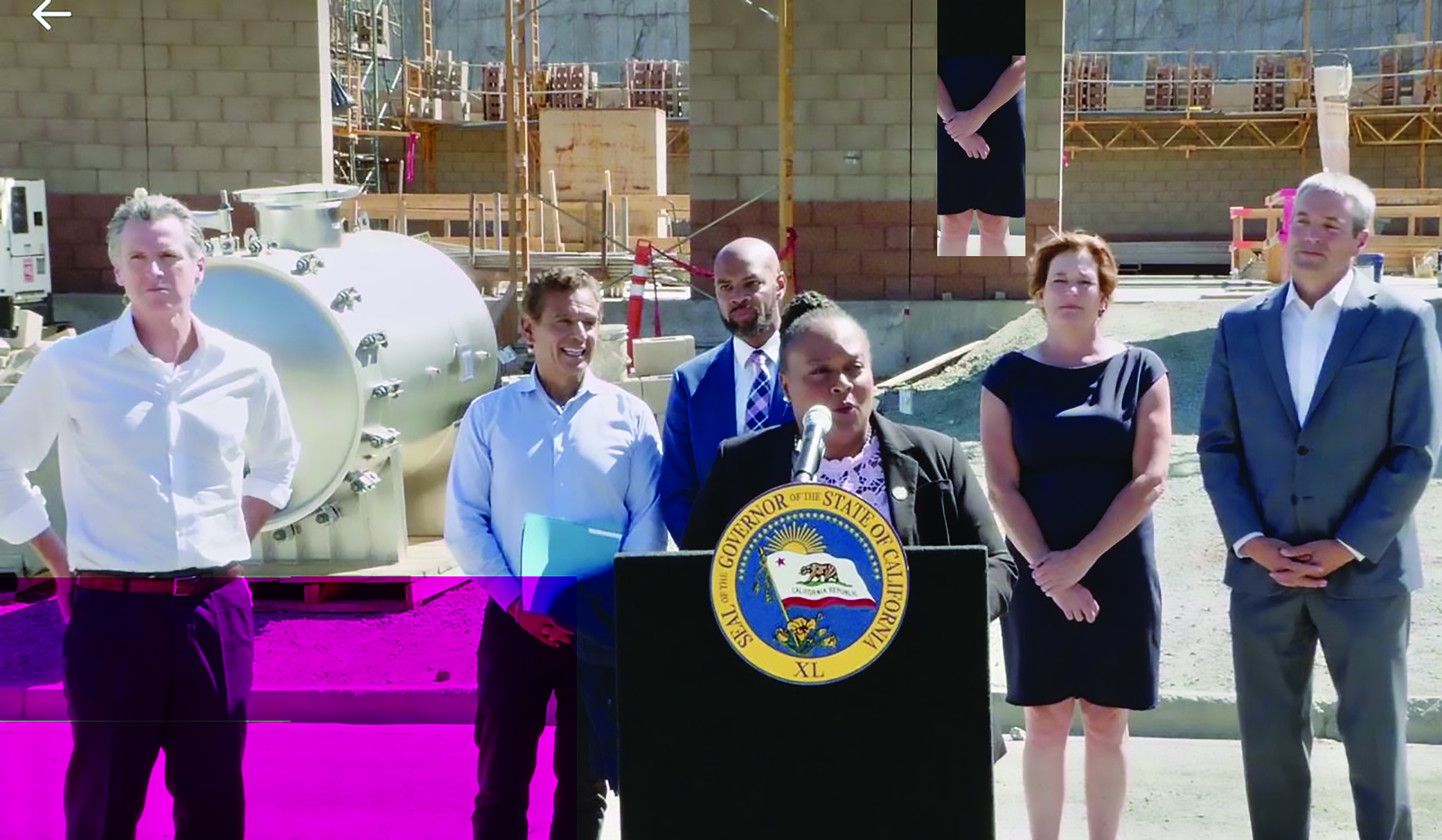 The Golden State is doing more than just praying for rain amidst the historic drought that is battering the state and the western United States.

The plan, Newsom said, is in response to a deeper understanding of how dire California’s water crisis is.

“The hydrology in the state has begun to change pretty significantly,” he said. “The aridification that we are experiencing leads us now, the science and data leads us now, to understand we will lose 10 % of our water supply by 2040.”

The governor made his remarks at an Aug. 11 press conference held in front of the $110 million Antioch Brackish Desalination Project facility, currently under construction at the city of Antioch’s wastewater treatment plant. When completed within the next two years. the first surface-water desalination plant in the Bay Area will use large reverse-osmosis filters to create six million gallons of fresh water per day.

Antioch mayor Lamar Thorpe said the facility is one of the innovative solutions Californians need to in response to climate change and the current drought, which began in 2020.

Assemblymember Lori Wison (D – Suisun) said, “We are experiencing the worst drought the Western United States has seen in 1,200 years. We must find innovative solutions to climate challenges like this if we are to move forward successfully…… Under the Governor’s leadership, California is investing in technology, solutions, and people to build a more resilient, even as California leads the charge to combat climate change.” Newsom said constructions like Antioch project are part of the plan.

The “Water Supply Strategy” includes creating storage space for up to four million acre-feet of water, so that rain water from big storms can be captured and stored for dry periods and recycling and reusing at a minimum 800,000 acre-feet of water per year by 2030, reducing wastewater discharged to the ocean. Employing more efficient water conservation the state will free up 500,000 acre-feet of water to make up for water lost because of climate change. Additionally, new water captured by stormwater and desalinating ocean water and salty water in groundwater basins will be available for use.

Officials across the state applauded plan.

There were some that disagreed with some of Newsom’s plan.

Kate Poole, senior director of the Natural Resources Defense Council’s nature program, told the LA Times some of the initiative was good.

Poole said, “It’s really the things that aren’t in there that are most concerning,” she said. “Agriculture obviously uses 80 percent of our developed water supply in California. So you can’t really deal effectively with water use without dealing with Big Ag. And Newsom does not seem very willing to do that.”

California is experiencing its second drought in the last decade. The sense of urgency is real, said Newsom.