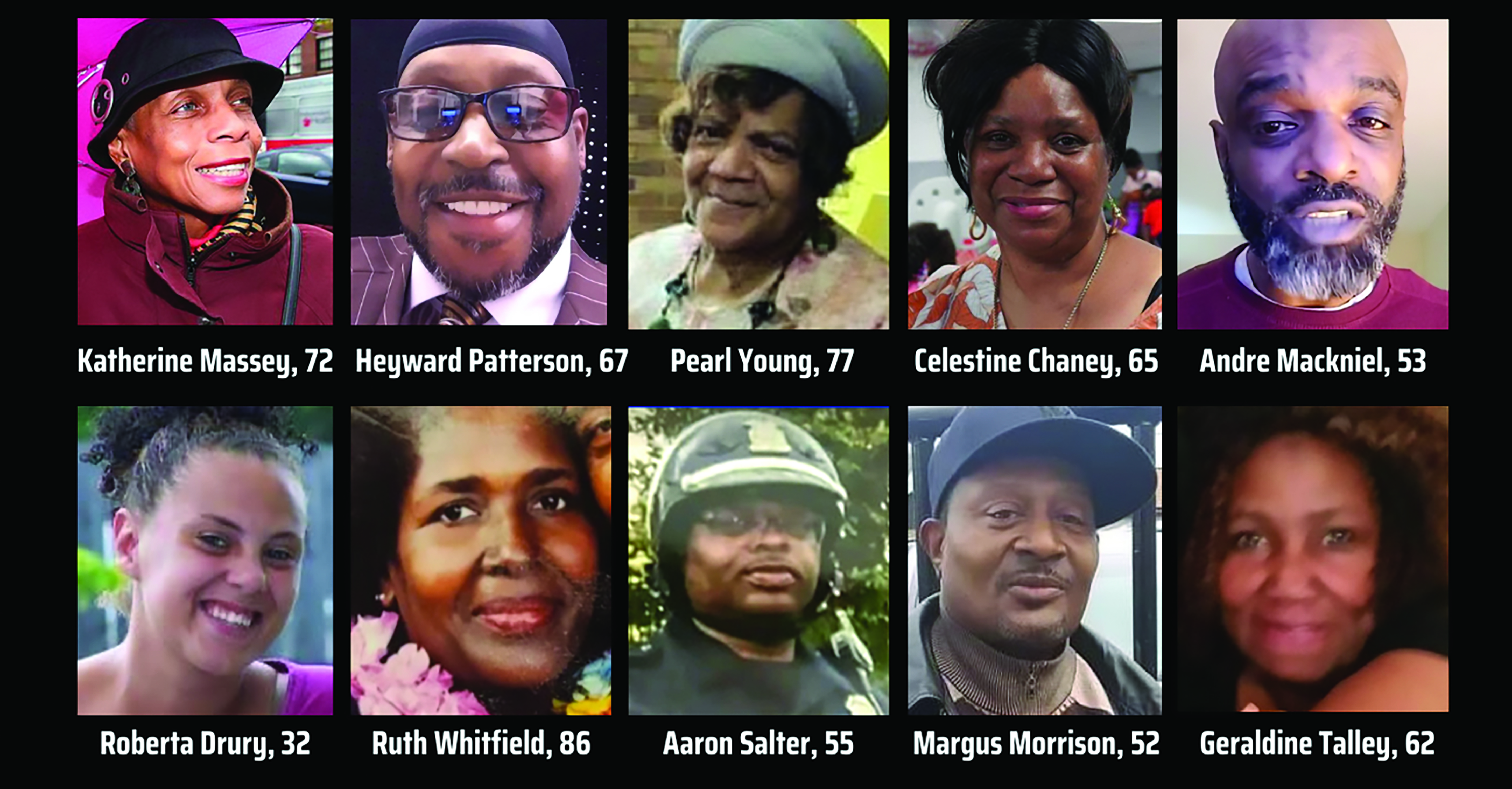 The victims of the racist massacre at a Buffalo, New York supermarket have been identified and their ages range from 32 to 86.

Stefanik used the concept in her 2021 campaign ads saying, “radical Democrats are planning their most aggressive move yet: a permanent election insurrection.”

Vance, a Donald Trump-endorsed candidate, recently ratcheted up the rhetoric.

“You’re talking about a shift in the democratic makeup of this country that would mean we never win, meaning Republicans would never win a national election in this country ever again,” he claimed at a campaign event last month.

“This is about changing the face of America, figuratively and literally,” Mandel stated in a published interview.

“They are trying to change our culture, change our demographics and change our electorate. This is all about power,” he said.

So far, the only Republican politician of note to call out the racist rhetoric is Wyoming Congresswoman Liz Cheney.

“The House GOP leadership has enabled white nationalism, white supremacy, and anti-semitism,” Cheney wrote on Twitter. “History has taught us that what begins with words ends in far worse. @GOP leaders must renounce and reject these views and those who hold them.”

Meanwhile, among the victims in the Buffalo shooting was a former police officer, and 11 of the 13 killed or injured were Black.

The names of the ten who died were: