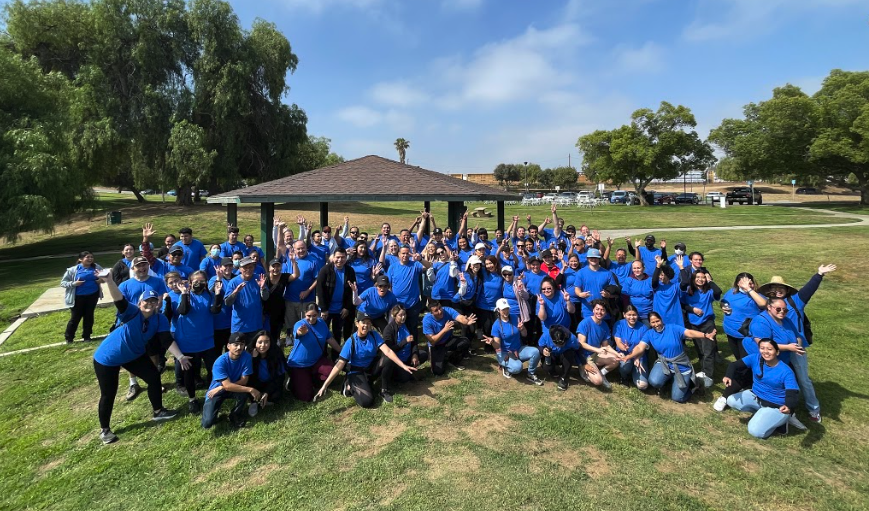 RIVERSIDE, CA – ​​On Wednesday, May 18, local nonprofit Inland Empire Waterkeeper led close to 100 Southern California McDonald’s volunteers in a cleanup at Martha McLean-Anza Narrows Park along the Santa Ana Riverbed where over a ton of trash was collected and disposed.

The Martha McLean-Anza Narrows Park is a 40-acre park that offers public access to the Santa Ana River, the largest river and watershed in Southern California. It is estimated that thousands of pounds of trash – including shopping carts, appliances and tarps – flow into the Santa Ana River each year rendering the river’s wildlife and public health status as impaired according to the Environmental Protection Agency.

Established in 2005, Inland Empire Waterkeeper’s vision is to achieve a sustainable watershed free of pollution and a community of motivated water stewards to ensure swimmable, drinkable, fishable waters within the Upper Santa Ana River Watershed. Working together with McDonald’s, the cleanup helped preserve one of Southern California’s main waterways and improve the ecosystem, water quality, green spaces, and storm water preparations.

The Inland Empire WaterKeeper is always looking for partners to restore a portion of the Santa Ana River. For more information on getting involved, visit www.iewaterkeeper.org.