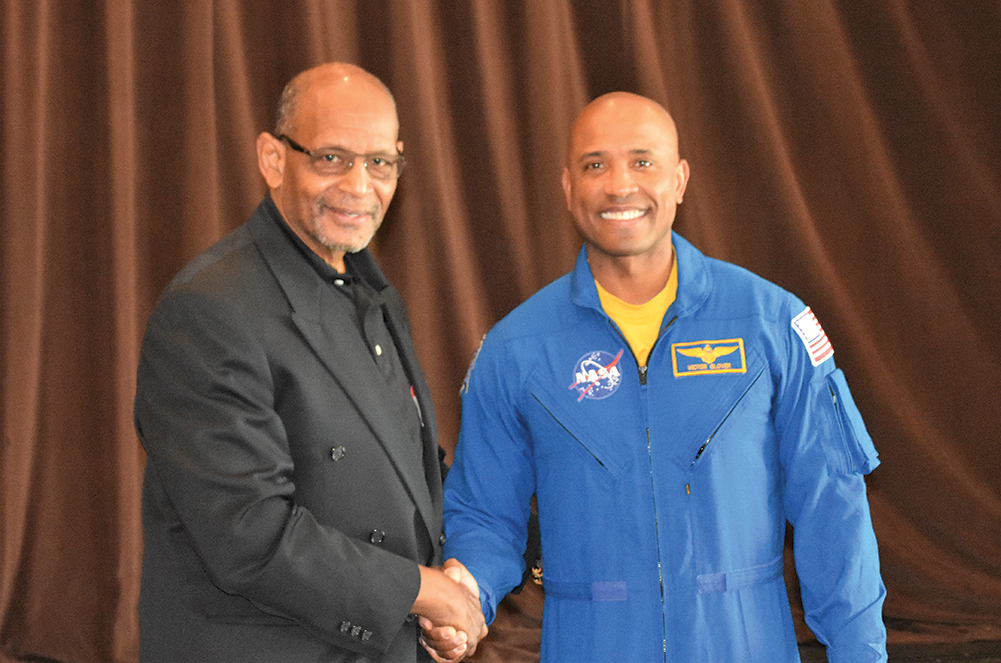 FONTANA, CA-Commander Victor Glover Jr. is a U.S Navy aviator and astronaut assigned to NASA. On September 18, 2021, he attended Fontana’s Unity in the Community Day as Guest Speaker. He attended the BBQ competition at the Fontana Parks Sport’s Pavilion and a special press briefing at the Jessie Turner Center next to the Sports Pavilion.

Commander Glover was born in Pomona, graduated from Ontario High and received his bachelor’s degree from Cal Poly Pomona. In 2013 he was selected to be an astronaut. Most recently he piloted the SpaceX Dragon as a member of the four-person Resilience Crew-1 astronauts. They spent 167 days in space on the International Space Station and returned to Earth, splashing down in the Atlantic in the early morning hours of May 2, 2021.

Prior to that, his most recent flight to space as a Flight Engineer on the International Space Station for Expedition 64.

Ellen Turner, president of the Concerned Citizens for the Development of North Fontana worked with Chris Macias, president of the Fontana POA, and the city of Fontana, Program Coordinator Deborah Hall-Lindsey. The Mayor of Fontana Acquanetta Warren was in attendance to greet the attendee’s.