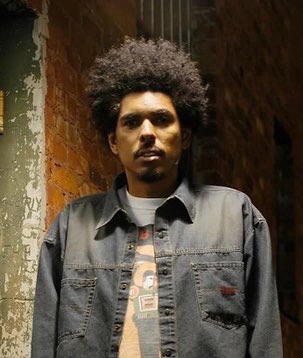 There’s a saying that goes “bad news comes in threes” and the rap community is experiencing the adage firsthand.

According to sources, rap veteran Shock G of Digital Underground has passed away following the tragic death of DMX on April 9th and Black Rob on April 17th.

So far, a cause of death has not been revealed, but a source close to Shock confirmed the news to AllHipHop.com, as did a founding member of the Digital Underground collective.

“34 years ago almost to the day we had a wild idea we can be a hip hop band and take on the world through it all the dream became a reality and the reality became a nightmare for some,” said Digital Underground co-founder, Chopmaster J.“And now he’s awaken from the fame long live shock G Aka Humpty Hump and Rest In Peace my Brotha Greg Jacobs!!!”

The rapper/keyboardist was responsible for a number of influential singles from Digital Underground’s  “Doowutchyalike,” to the group’s smash hit single, “The Humpty Dance,” as his alter ego Humpty Hump.

“The Humpty Dance” hit #1 on on Billboard’s Rap Singles chart. The catchy tune, and bassline from the song has been sampled by hundreds of artists, ranging from Will Smith and LL Cool J, to Public Enemy and R&B group TLC.

“Our cash cow was Humpty,” Shock G. told the Indy Star before a performance in at the Indiana State Fair in 2015. “But behind the scenes, all we did all day on the bus was watch Malcolm X tapes. We’re in that zone of Stokely Carmichael/Kwame Toure. So we were excited about Pac. He was the outlet that (record label) Tommy Boy didn’t allow us.”

Shock G was also instrumental in the development of Tupac Shakur’s career. Shock G introduced Pac to the world on the group’s#### single “Same Song.”

Shock G was also the producer, and featured on Tupac’s breakthrough single “I Get Around,” from the album Strictly 4 My N.I.G.G.A.Z

Additionally, Shock G produced Tupac’s classic track “So Many Tears” from his album Me Against The World.