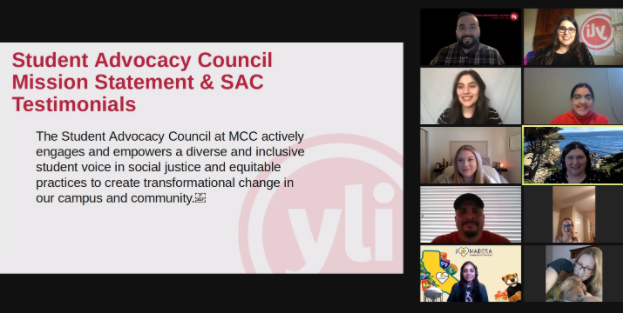 For more than a decade, Yammilette “Yami” Rodriguez has been building up the Fresno office of Youth Leadership Institute, which provides students with public speaking, organizational and other advocacy skills that enable them to become part of community change.

“We create spaces for young people to have a voice and to lead,” Rodriguez said of YLI’s mission. “How do we unleash that power that young people already have?”

Rodriguez’s work was honored in 2019 by a $250,000 James Irvine Foundation Leadership Award. The foundation has Gold Rush immigrant roots, and since 2006 has been making its annual award to recognize leaders and their organizations that contribute to a better California.

Fresno is one of seven YLI locations that engage hundreds of young residents in Fresno, Madera, Merced counties and recently added the city of Dinuba in Tulare County. YLI’s 14 programs range from “kNOw Youth Media” that boosts participants’ media communication skills to youth commissions and student advocacy councils, encouraging activities in issues such as census participation, and wide-ranging platforms for political action.

Rodriguez says the Leadership Award has been invaluable, enabling her to do so much more than just focus on the “programmatic work” of administration and overseeing program functioning. Instead, she can “think in an external way” to enhance YLI’s youth empowerment programs in the Central Valley, where a third of the population is younger than 18.

Often, she said, school or public elected officials bring young people into their processes as tokens without recognizing their value. YLI is changing that.

“Part of the work we’re doing,” Rodriguez said, “is training adults to be a partner to youth, to see youth as the leaders and resource they truly are.”

None of this happens overnight. In the city of Fresno, it took seven years of “advocacy, persistence and commitment” to pass a youth-led local ordinance on liquor saturation, Rodriguez said.

An added bonus: “We now have really good relationships with our schools, faith-based organizations and city councils,” she said. “Relationship-building is so crucial in rural communities. When I’m knocking on doors, I’m able to create that relationship in a meaningful way.”

Without the support provided by the Irvine award, she says, she would never have been able to do that rural outreach. As part of her work in giving back, Rodriguez, a child of immigrants from Mexico, said she will make nominations of her own for upcoming Leadership Awards.

Since 2006, Leadership Award past recipients have included diverse leaders and organizations, such as Miya Yoshitani and the Asian Pacific Environmental Network (2020), Keith Wattley of UnCommon Law (2020), Dr. Dean Schillinger of the S.F. General/UCSF Center for Vulnerable Populations (2016), Kim Carter of the Time for Change Foundation (2018), Carolyn Laub of Gender & Sexualities Alliance Network (2012), Aida Cardenas of Building Skills Partnership (2013), and more than 80 others.

Besides Wattley and Yoshitani, the most recent class of award recipients included Jennifer Gilmore of Kitchens for Good in San Diego, Margaret Libby of MyPath in San Francisco, Jacob Martinez of Digital NEST on the Central Coast, and Phoebe Seaton and Veronica Garibay of Leadership Council for Justice and Accountability (San Joaquin, Coachella valleys).

To be considered, award nominees — individuals or teams of two — must be Californians. They can work in the nonprofit, public or private sectors and in any field, such as education, health care, public housing, economic development, or the environment.

The Leadership Awards program was sidelined for 2021 by the COVID-19 pandemic, but now is seeking nominations (https://irvineawards.org/nominations/) for its 2022 recognition of individuals and their organizations demonstrating innovative, effective work. The nominations deadline is May 7.