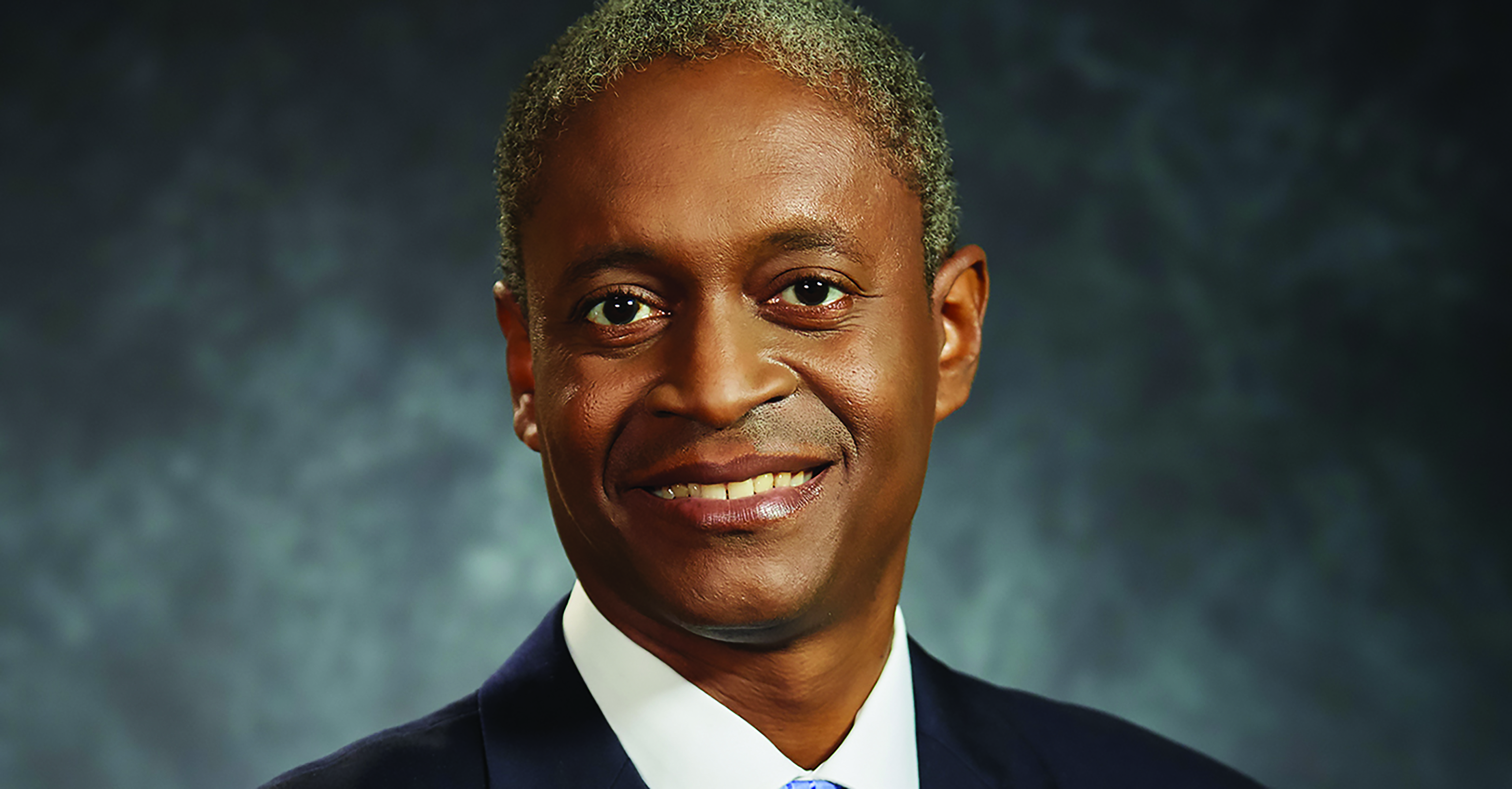 Count Raphael Bostic, president of the Federal Reserve Bank of Atlanta, among the growing and vocal majority who support reparations as a way to address the consequences of racism and inequality in America.

“There are definitely merits to it in the sense that, if people have been harmed by laws, then there should be a discussion about redress,” Bostic told CNN Business in an interview posted on Monday, March 29.

“The legacies of past racism are still present in our society,” said Bostic, who in 2017 became the first Black president of a regional Fed bank.

“We have to think about what things are necessary to offset the impacts of those old systems that still flow through.”

In the interview, Bostic specifically called out systemic obstacles that inhibit wealth building among minorities, including redlining and other forms of housing discrimination.

“We have African Americans today who have a lot less wealth,” he said, “in part because they have not been able to inherit the wealth that would have accrued had their ancestors been able to accrue that wealth.”

As federal lawmakers ponder H.R. 40, legislation led by Congresswoman Sheila Jackson-Lee (D-Texas) that forms a commission to study reparations, some U.S. municipalities have moved to address systemic racism and forms of redress to African Americans.

Oakland, Calif., Mayor Libby Schaaf announced that the city would begin a guaranteed income project that would provide $500 per month to Black and Indigenous families.

The assistance, which targets low-income families of color in the 426,000-population city, will last 18 months.

Mayor Schaaf detailed that the money comes with “no-strings attached,” and recipients can use it as they please.

“We have designed this demonstration project to add to the body of evidence and to begin this relentless campaign to adopt a guaranteed income federally,” Mayor Schaaf told the local ABC News station.

Evanston, Illinois, a city where 18 percent of its more than 74,500 residents are Black, approved the Local Reparations Restorative Housing Program, which provides up to $25,000 for housing down payments or home repairs to African Americans.

In September, California Gov. Gavin Newsom signed into law historic legislation that paves the way for African Americans and descendants of slaves in the Golden State to receive reparations for slavery.

The bill, authored by California Assemblywoman Shirley Weber, establishes a nine-person task force that will study the impact of the slave trade on Black people.

It does not commit to any specific payment, but the task force will make recommendations to legislators about what kind of compensation should be provided, who should receive it, and what form it would take.

“After watching [the presidential] debate, this signing can’t come too soon,” Newsome declared during a videoconference with lawmakers and other stakeholders, including the rapper Ice Cube, who championed the bill.

“As a nation, we can only truly thrive when every one of us has the opportunity to thrive. Our painful history of slavery has evolved into structural racism and bias built into and permeating throughout our democratic and economic institutions,” the governor stated.

Last summer, Asheville, a North Carolina city where Black people make up just 11 percent of the more than 92,000 residents, formally apologized for its role in slavery. The City Council voted unanimously to provide reparations to African American residents and their descendants.

“Hundreds of years of Black blood spilled that fills the cup we drink from today,” said Councilman Keith Young, one of two African American members of the City Council that voted 7-0 in favor of reparations.

“It is simply not enough to remove statutes. Black people in this country are dealing with systemic issues,” Young declared.

Earlier this year, Congress debated H.R. 40, a bill that doesn’t place a specific monetary value on reparations but focuses on investigating and presenting the facts and truth about the unprecedented centuries of brutal enslavement of African people, racial healing, and transformation.

The bill would fund a commission to study and develop proposals for providing reparations to African Americans.

The Commission’s mission includes identifying the role of federal and state governments in supporting the institution of slavery, forms of discrimination in public and private sectors against freed slaves and their descendants, and lingering adverse effects of slavery on living African Americans and society.

Congresswoman Jackson Lee, who sits on numerous House committees, including Judiciary, Budget, and Homeland Security, has made the reparations legislation her top priority during the 117th Congress.

“Can anyone imagine that we’ve never gotten a simple, effective, deeply-embedded, and well-respected apology?”