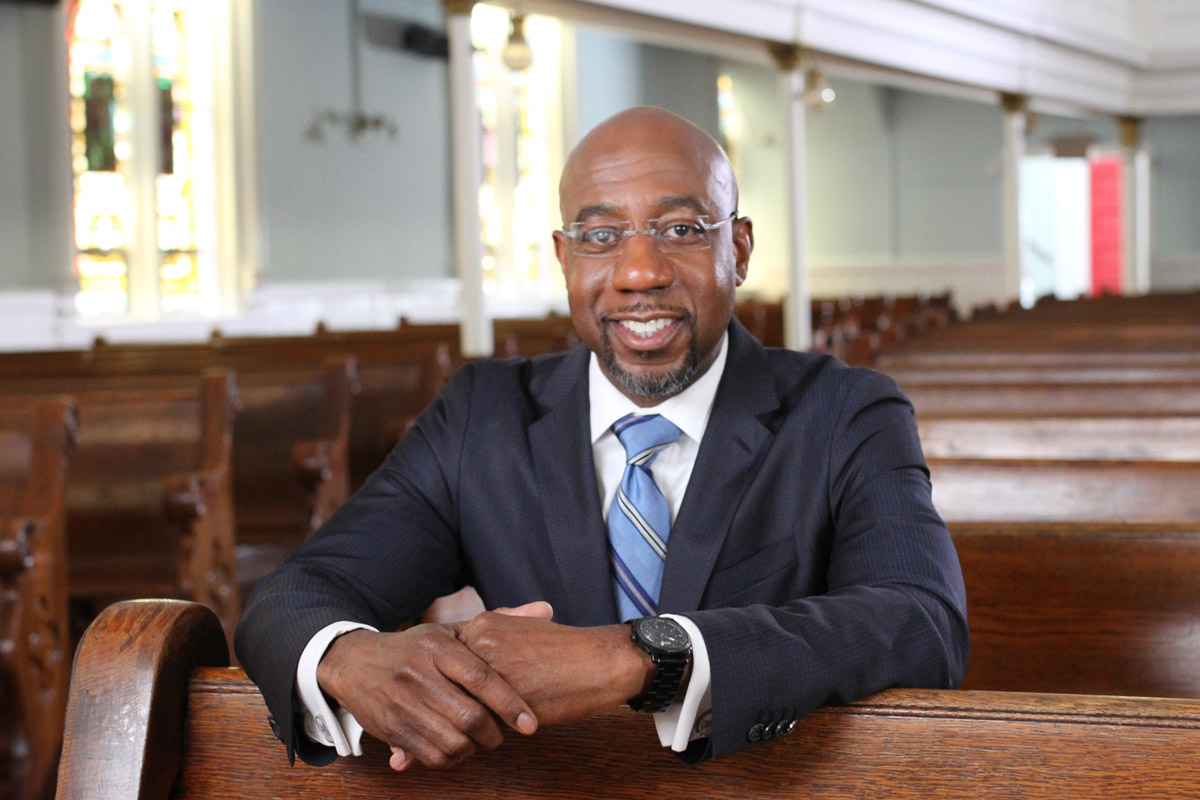 The win puts Democrats on the cusp of Senate control, with one runoff race still undecided.

This story was originally published by BuzzfeedNews.

Rev. Raphael Warnock, the pastor of the Ebenezer Baptist Church, defeated Georgia Republican Sen. Kelly Loeffler in a historic runoff election in a state that has been a conservative stronghold for decades.

Warnock is the first Black person elected to represent Georgia in the Senate and will be only one of three Black people in the Senate once his term begins. His victory is a testament to the decades-long political organizing of Black women in Georgia, coming just two months after President-elect Joe Biden beat Trump in the state — the first Democrat to win a presidential race there since 1992.

His win brings Democrats to the cusp of total control of Congress. The party now has at least 49 seats in the Senate. If Democrat Jon Ossoff defeats Republican David Perdue in the state’s other runoff race, Democrats will have 50 seats and tie-breaking control once Vice President-elect Kamala Harris is in office.

Warnock will serve in the seat until 2022 and will be up for reelection during the 2022 midterms.

He declared victory in short remarks broadcast online after midnight Wednesday. Recounting his upbringing in coastal Georgia, Warnock recalled that his mother picked “someone else’s cotton” while he was growing up and that he had taken her to pick her son to become a US Senator.

“We were told that we couldn’t win this election, but tonight we proved that with hope, hard work, and with the people by our side anything is possible,” Warnock said. “Georgia, I am honored by the faith you’ve shown in me. I promise you this tonight, I’m going to the Senate to work for all of Georgia.”

Loeffler, in comments soon before Warnock’s, did not concede the race, saying that votes still needed to be counted.

His win came in a critical election in the post-Trump era — it tested the limits of Trumpism and if the president’s predilection for chaos and misinformation could work for other Republicans. Would Trump loyalists be motivated to vote in an election where Trump wasn’t on the ballot? Or in one where the candidates he was supporting did not reflect his brand of populism? Would they have faith in the country’s election systems after the president spent two months spreading lies about Georgia’s voting system being rigged against him and attacking establishment Republicans? The questions are not yet fully answered, but Warnock’s win helps to bring the limits of the current Republican Party into focus.

Warnock has served as the senior pastor of Ebenezer Baptist Church since 2005 and often referred to scripture and religious teachings on the campaign trail. Warnock got an early boost out of a crowded field of Democrats from WNBA players who were looking to rebuke Loeffler. As a co-owner of the Atlanta Dream basketball team, Loeffler had been in a public fight with players over their political activism in support of Black Lives Matter.

Warnock, the only Black candidate in the race, faced a majority of the attacks from Republicans throughout the campaign. Loeffler spent much of the campaign labeling Warnock as a “radical” and a “socialist” and tried to tie his campaign to the Defund The Police movement that emerged from the summer of protests following the police killings of Breonna Taylor and George Floyd. During the only debate of the runoff, Warnock told voters that he did not support defunding the police.

Loeffler often pointed to Warnock’s sermons as the pastor of Ebenezer Baptist Church, the spiritual home of Rev. Martin Luther King Jr., in attack ads and on the campaign trail. After Loeffler’s attacks on Warnock that centered around his sermons, a group of 100 religious leaders demanded that Loeffler stop her campaign’s “false characterizations of Reverend Warnock.”

The leaders said that they saw Loeffler’s attacks against Warnock as a “broader attack against the Black Church and faith traditions for which we stand.”

Warnock spent a majority of the campaign refuting Loeffler’s attacks against him in ads that featured him cuddling the dogs of his supporters. He also spent his time on the campaign trail speaking about the racial inequality that the pandemic and the government’s response to it had exposed. He often scrutinized Loeffler’s stock trading following closed-door briefings in the early days of the pandemic and the delayed coronavirus relief aid, but largely left going on the offensive against Loeffler up to Ossoff.

In a widely shared clip in the final days of the race, Ossoff told a Fox News crew in a live interview that Loeffler had been photographed on the campaign trail with a former Klu Klux Klan member — resurfacing a photo of Loeffler with a man who had been arrested in the ‘90s for assaulting a Black man in Maryland and other photos of Loeffler with white supremacists. Loeffler had previously denied knowing who the man was and denounced “all forms of hate.”

Democrats across the country intensely focused on the races in the weeks leading up to the election, with a result that could determine the first years of Joe Biden’s presidency. Progressive groups like the Working Families Party and the Sunrise Movement promoted Warnock’s campaign in their canvassing operations, hoping his win could lead to the enactment of progressive priorities along with a Democratic Senate.