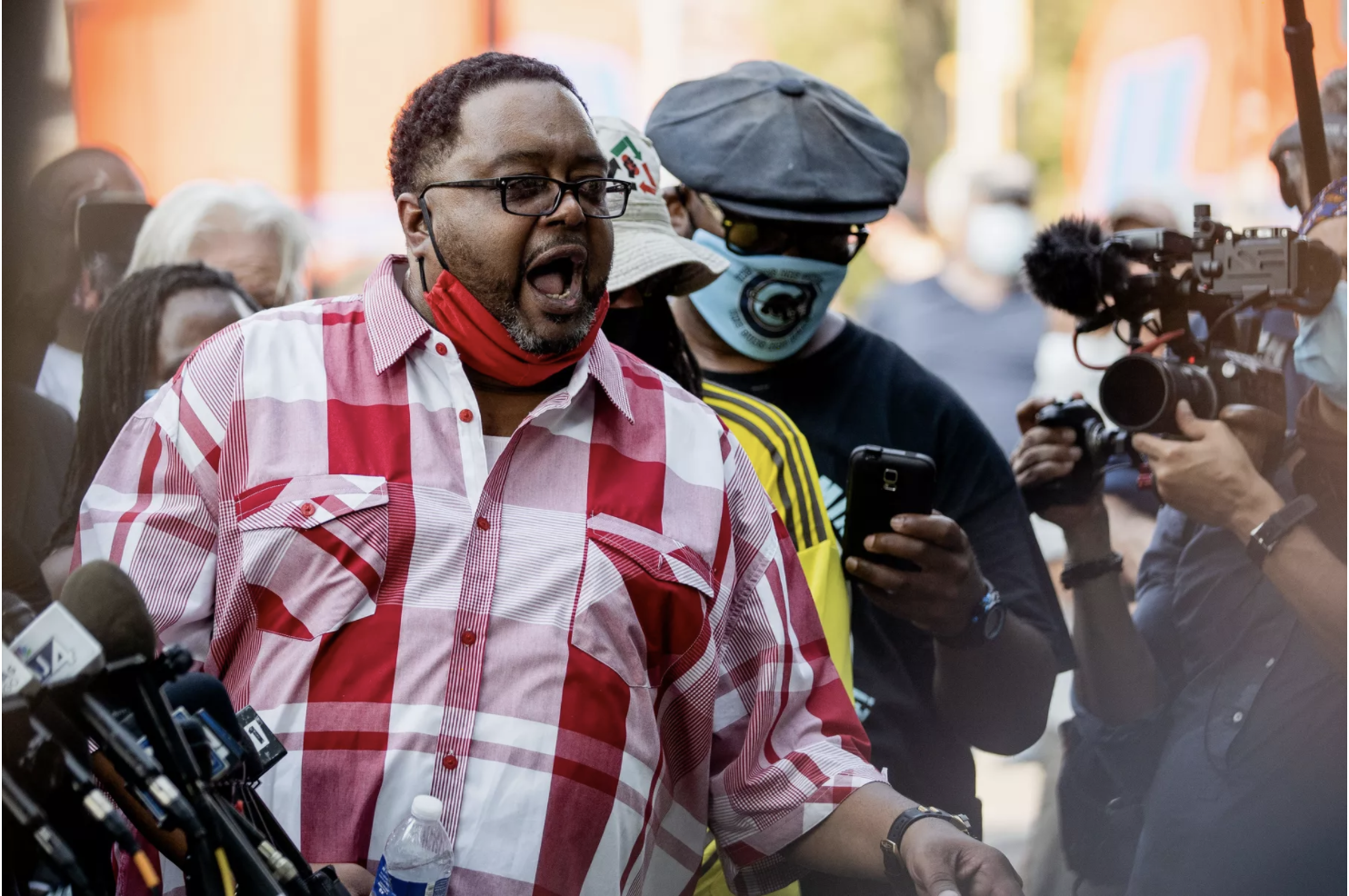 “He can’t go anywhere,” the 29-year-old’s dad said, speaking of his son’s paralysis. “Why do you have him cuffed to the bed?”

This story was originally published by The Chicago Sun Times

When Jacob Blake’s father visited him in the hospital Wednesday, he said his son was handcuffed to the bed.

“I hate it that he was laying in that bed with the handcuff onto the bed,” his father, also named Jacob Blake, said Thursday.

“He can’t go anywhere. Why do you have him cuffed to the bed?”

Blake had another question about his son, as well: What was he arrested for?

The younger Blake, 29, was shot multiple times by police Sunday in Kenosha, Wisconsin, and is paralyzed from the waist down. The younger Jacob Blake told his father he thought he could feel pain in his legs, but his father isn’t sure if the pain is actually coming from his legs.

The Kenosha Police Department, Kenosha County District Attorney’s Office and Wisconsin Department of Justice all did not immediately respond to requests for information on his arrest or charges.

Jacob Blake’s father said he hasn’t heard from the police department or Mayor John Antaramian, though Wisconsin Gov. Tony Evers has reached out, he said. The mayor’s office didn’t immediately respond to request for comment. Later Thursday, Evers, in a televised news conference, also said he did not know why Blake would need to be handcuffed to the bed.

The family’s attorney is working to ensure Jacob Blake can go home once he’s released from the hospital, his father said.

When Blake saw his father in the hospital Wednesday, he thought he was hallucinating because he couldn’t believe what he was seeing, according to his father.

“I told him, ‘You thought Daddy wasn’t going to see my son?’” his father said. “He grabbed my hand, held it real tight and started weeping, telling me how much he loved me.”

Though his son’s eyes were swollen, the elder Jacob Blake said he “looked and sounded like” his son, and he’s alive. Seeing him in the hospital was like walking across a desert to find someone waiting with a glass of water, his father said.

“It was way more than fulfilling,” his father said. “It was a feeling I can’t describe.”

Demonstrators have swarmed Kenosha in the days since Jacob Blake’s shooting. The unrest turned violent Tuesday night when three people were shot, two of them fatally. Authorities arrested 17-year-old Kyle Rittenhouse of Antioch on suspicion of first-degree intentional homicide.

Anthony Huber, 26, of Silver Lake, and Joseph “Jojo” Rosenbaum, 36, of Kenosha, were fatally shot Tuesday. Gaige Grosskreutz, 26, of West Allis, was shot in the arm and is expected to recover.

Jacob Blake’s father declined to comment on the violence, saying he will fully address the matter when he speaks at the March on Washington in the nation’s capitol Friday. At a press conference with relatives on Tuesday, his mother, Julia Jackson, called for an end to looting and destruction in the city.

“We need healing,” Jackson said. “I also have been praying, even before this, for the healing of our country.”