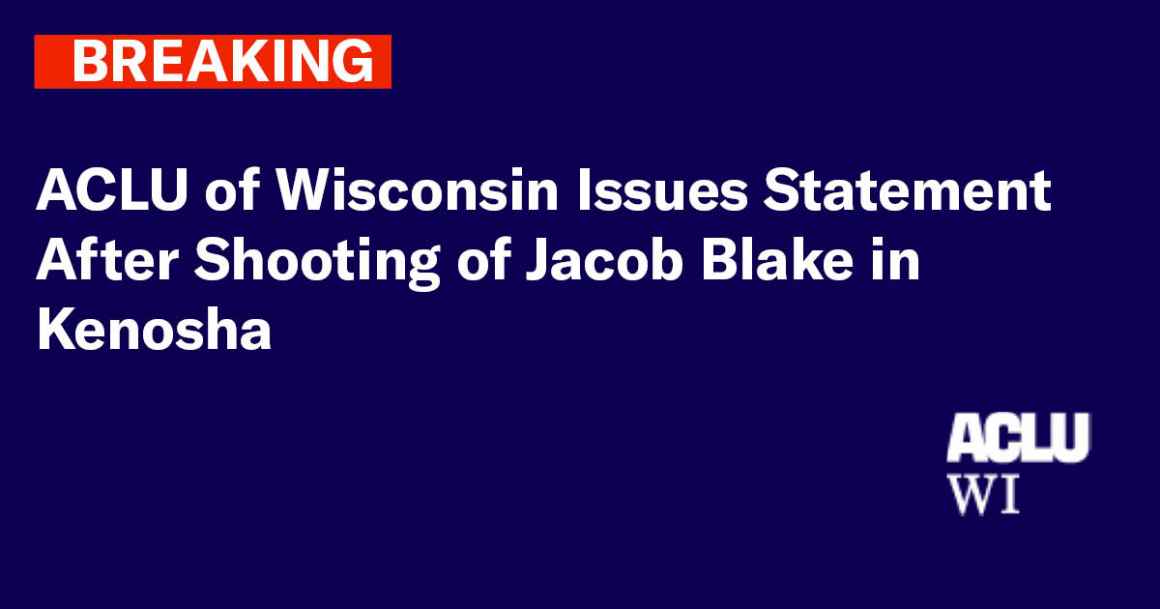 NEW YORK — Late Sunday afternoon in Kenosha, Wisconsin, Jacob Blake was the victim of another disgusting act of police brutality. Within full view of his three children seated in the backseat, Blake was shot seven times in the back while walking away from police officers and opening his car door.

Jeffery Robinson, director of the ACLU’s Trone Center for Justice and Equality, highlights the implications of yet another egregious act of police violence committed against a Black person in the following statement:

“In yet another vicious act of police violence caught on camera, the Kenosha Police Department attempted to murder a Black man as he walked away from them by shooting him in the back, in front of his three children and his entire community. With each of the seven shots fired, police made their intent clear — they believed they had the right to kill an unarmed Black man for the crime of walking away from them.

“The Kenosha Police statement after the shooting said that they provided ‘immediate aid’ after committing this act of violence. But rendering first aid is a basic obligation. Officers shot Jacob Blake seven times in the back; it’s offensive to act as if not letting him bleed out afterward was an act of grace rather than a mandatory response to their own violence.

“The reasons that led to this shooting can’t be changed with more money thrown at police departments to find ways not to murder the members of the communities that they are supposed to be serving. The fact that incidents of police violence like this, the murder of Breonna Taylor as she slept in her home, the murder of George Floyd across the street from a grocery store, the murder of Eric Garner outside of a neighborhood bodega and countless others have become commonplace shows that the very institution of American policing is rotten at its core.

“Unfortunately, disgusting acts of police brutality like this will be commonplace so long as police continue to act as an occupying force in Black communities. It should now be clear to elected officials across the country that the only way to end the scourge of police violence is to immediately divest from a policing institution that, from its inception, has been used to oppress Black people, and reinvest into the same communities that those horrific acts of violence are regularly perpetrated against. Policing is a crisis in and of itself, and we can no longer throw money and resources at an institution as hopelessly broken and expect to get different results.”

This release is here: aclu.org/press-releases/aclu-statement-police-shooting-jacob-blake