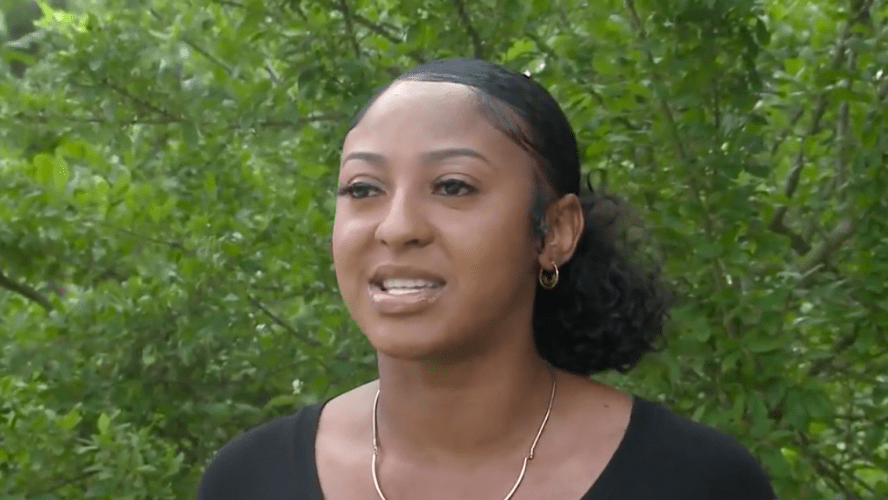 “With everything going on, I think it’s really important that everyone is on the same page,” Kennedy Mitchum said.

The definition of racism will now be updated in the Merriam-Webster Dictionary to include systemic racism.

Kennedy Mitchum of Florissant, Missouri, was tired of explaining her personal experiences and arguing with people who would turn to the dictionary for proof they weren’t racist.

“With everything going on, I think it’s really important that everyone is on the same page,” she told KMOV 4.

The current definition of racism in the dictionary is “a belief that race is the primary determinant of human traits and capacities and that racial differences produce an inherent superiority of a particular race.”

Mitchum said that definition allows those who don’t identify with that particular brand of racism to overlook the varied layers of racism and how they are participating in it.

“I kept having to tell them that definition is not representative of what is actually happening in the world,” she told CNN. “The way that racism occurs in real life is not just prejudice, it’s the systemic racism that is happening for a lot of Black Americans.”

The 22-year-old took her frustrations and emailed Merriam-Webster. She sent the email on a Thursday night and received a response the next morning. Following a conversation about the issue, editor Alex Chambers agreed that an update is needed.

“While our focus will always be on faithfully reflecting the real-world usage of a word, not on promoting any particular viewpoint, we have concluded that omitting any mention of the systemic aspects of racism promotes a certain viewpoint in itself,” Chambers said.

Chambers thanked the Drake University graduate for urging for an amendment.

“This revision would not have been made without your persistence in contacting us about this problem. We sincerely thank you for repeatedly writing in and apologize for the harm and offense we have caused in failing to address the issue sooner. I will see to it that the entry for racism is given the attention it sorely needs,” Chambers wrote.

According to Peter Sokolowski, Merriam-Webster’s editor-at-large, the definition of racism includes “a doctrine or political program based on the assumption of racism and designed to execute its principles” and “a political or social system founded on racism,” which refers to systemic racism, reports CNN.

“I think we can express this more clearly to bring the idea of an asymmetrical power structure into the language of this definition, but it’s there,” Sokolowski said.

Traditionally, definitions have been short because the copy must fit on hard copies of dictionaries, but the dictionary’s widespread use online now allows for longer, more inclusive definitions, according to CNN.

Sokolowski said the dictionary is updated two to three times a year and that the new definition of racism should be ready for the next scheduled revision.

Mitchum is excited about the new entry and is optimistic that it will broaden people’s perspective on racism.

“I was super happy because I really felt like that was a step in a good direction for a lot of positive change for a lot of different positive conversations that can really help change the world and helps change how people view things,” she said.