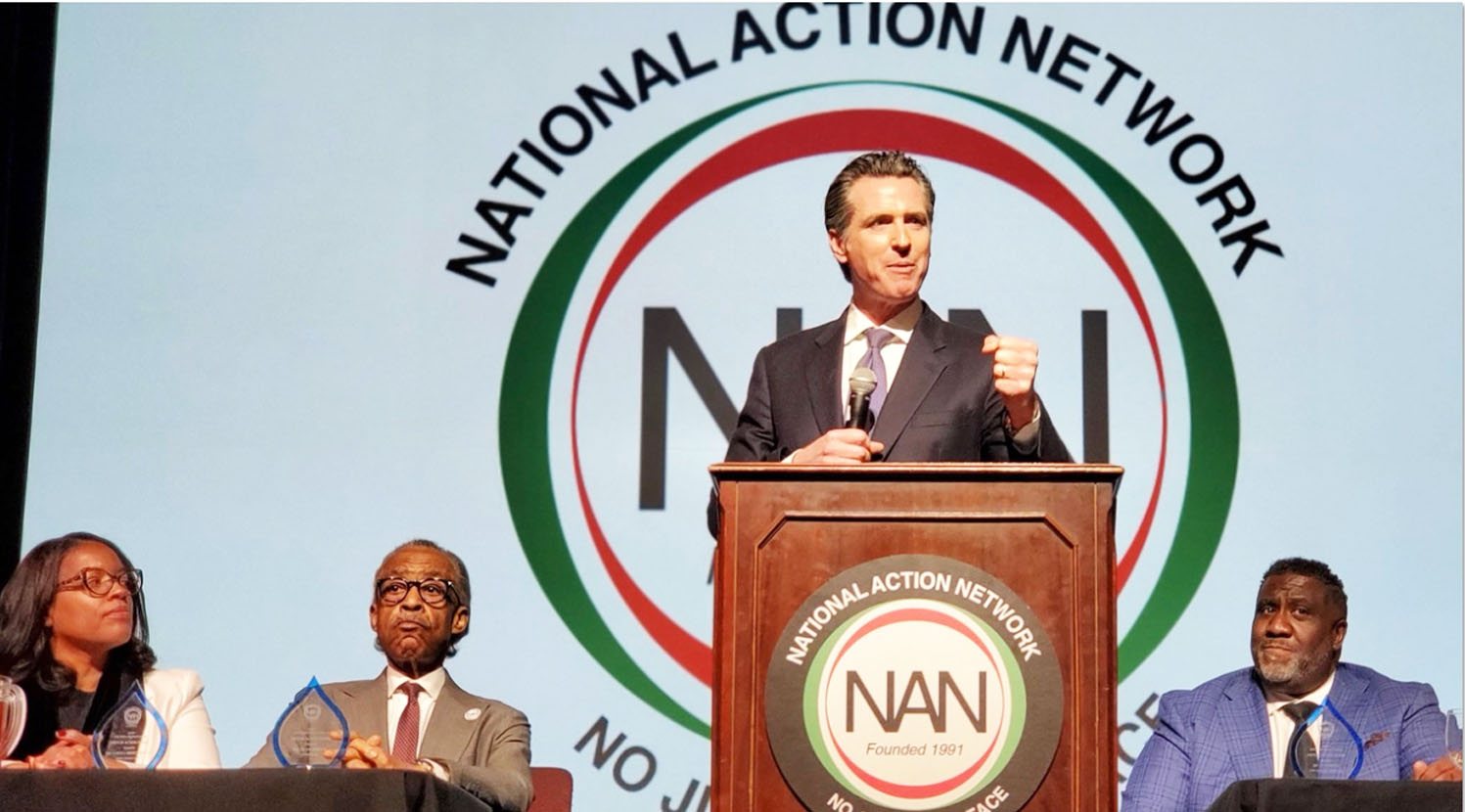 Education may not have been the official theme of the National Action Network’s first Western Regional Conference.

But it was clearly the primary focus of the gathering.

The civil rights organization convened the meeting Feb. 5 through Feb. 7, at the Genesis Church in South Sacramento, where the Rev. Tecoy Porter – he also serves as president of the Sacramento chapter of NAN – is the  pastor.

“A special word of welcome must go to all our friends, family and generous guests who have traveled far and wide to be here with us,” said the Rev. Jonathan Moseley, Western Regional Director of NAN, in his welcome statement to guests.

“We have a lot of work ahead of us in this most important year of elections,” Moseley continued.

NAN kicked off the conference with a rally for education on the steps of the California state Capitol followed by a “Minister’s Luncheon” and awards ceremony at Genesis Church.

Assemblymember Shirley N. Weber (D-San Diego), chair of the California Legislative Black Caucus, welcomed NAN to the state Capitol. She  thanked the organization for drawing public attention to the under-achievement of African-American children in California, whose academic performance, she said, is on the “very bottom” among their peers of other racial sub-groups.

“It is heartbreaking. It is alarming. And we should be outraged,” said Weber, who told people at the rally that, in the 1920s, African Americans were the most educated racial group in most major American cities in the South and along the east coast.

Members of NAN; students staff and students from the predominantly African-American Fortune Charter School; as well as Black legislators and others gathered on the lawn of the California State Capitol to participate in the rally themed “Black Kids Deserve Good Schools, Too.”

“We went down to the state Capitol today to talk about education,” the Rev. Al Sharpton, president and CEO of the National Action Network told conference attendees. “Somebody has to start educating these babies at the early ages.”

“You can’t get equality at the end, if you start unequal at the beginning,” Sharpton told conference attendees.

The civil rights leader attended the event with his two daughters: Ashley Sharpton and Dominique Sharpton-Bright.

Another education-focused highlight of the conference was the groundbreaking for a new Fortune charter school campus currently under construction on the property of Genesis Church. The playground at the school will be named after Stephon Clark, the former Sacramento High football player who police officers shot and killed in the yard of his grandparents home in 2018.

Fortune School is a network of taxpayer-funded public charter schools in California committed to closing the Black achievement gap.

The NAN conference brought together hundreds of guests from Sacramento, around California, and neighboring states, including Washington, Nevada and Arizona.

California Gov. Gavin Newsom attended the conference’s opening session. He said, like the United States, California is the only state in the nation that promises a “dream.”

But that California dream, he said, “is predicated on social mobility. It is predicated on the recognition that we are all in this together. And, it goes without out saying: that dream is not a reality for so many.”

“Good enough never is,” said the Governor, who promised the audience that the state is willing to do more with partners like NAN to address systemic issues that unite Californians like reforming the criminal justice system. He said he wants to reduce the probation term for ex-felons from five to three years.

Staying with the conference’s education motif, NAN held a formal gala dinner Feb. 6, where the organization honored principals, other leaders and teachers from the top-performing predominantly African-American charter and traditional public schools across California.

“There are 90 public schools in California that are predominantly African American. Seventy percent of them are in the bottom 25 percent,” said Margaret Fortune, president and CEO of Fortune School. “Today we look to the top for the example than can be emulated at all schools that are so challenged in serving African-American students at a level of excellence.”