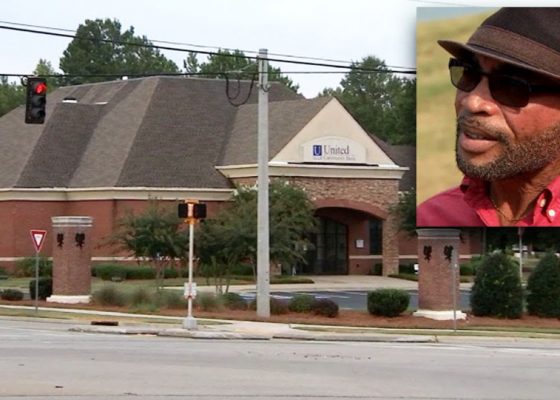 An Atlanta doctor says he went to open up a bank account when a bank teller called 911 and police showed up.

According to WSBTV, Anthony Onyegbula believed he was racially profiled.

“Until it happens to you, you never know what  it feels like,” said Onyegbula, who treats cancer patients in Henry County.

He adds that he was suspected of being a criminal.

“They said I was suspicious, I was wearing a hat, and they thought I wanted to rob the bank, and I was like, ‘What?’” Onyegbula said.

The doctor said that he and his wife were at the United Community Bank on Eagles Landing Parkway.

He adds that an employee called 911 while he stepped outside.

911 call: He went to the front door and he’s been on his phone, and, I, um, called from my phone to tell the employees to lock the front door.

Onyegbula adds that he and his wife left to another bank and that’s when he realized the police had been called on him.

“Here come the same police, came inside the bank, now it’s two of them, and they said they told the manager to clear the room, because they wanted to talk to us,” Onyegbula remembered.

The police finally left without filing any charges.

Onyegbula says that he has been left feeling embarrassed and doesn’t want to go out in public anymore.

“I think they need training on how to deal with people. You cannot judge someone from the outside,” Onyegbula said.

The regional president for United Community Bank sent a statement to WSBTV,

“For privacy reasons, we do not comment publicly about the details of any customer or potential customer transactions. However, providing excellent customer service is our top priority and we are disappointed that we didn’t deliver that to Drs. Onyegbula and Tedga in this case. This afternoon we were able to speak directly with Drs. Onyegbula and Tedga to personally apologize for the misunderstanding. We are glad for the opportunity to connect and improve, and hope to have an opportunity to earn their business in the future.”