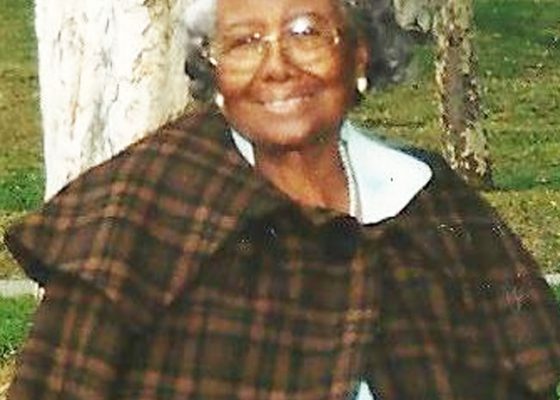 On Saturday, August 10, 2019, in San Bernardino the Shaw family will gather together to celebrate the 107th birthday of the family matriarch, Emma Shaw. The celebration will be held at the Akoma Unity Center in Anne Shirrells Park from 2 p.m. – 6 p.m. It is being sponsored by Akoma Community, Greenwood Bail Bonds, the Westside Action Group (WAG) and the Shaw Family Foundation.

Emma was the 2nd born to James and Gertrude Armstrong on August 9, 1912 in Tallulah, Louisiana. Emma was raised by her aunt and uncle and attended Madison Parish Training School. Emma was not able to complete school because the family needed her to help in the cotton fields. At the tender age of 15 she met the love of her life, George Bernard Shaw.

In 1942 George saw potential for advancement by moving his family from Louisiana to Las Vegas, Nevada. While in Las Vegas, Emma was an employee at the El Rancho and Frontier hotels. Emma gave birth to Donell and Ronell before leaving Nevada in 1944.

As times began to change, George had the foresight again to relocate his family to San Bernardino, California in 1944. Emma began working in private homes as a maid. She then found new employment at Norton Air Force Base. After leaving Norton, Emma began doing seasonal work at the National Orange Show. Once the seasonal work was done, Emma found employment in Palm Springs where she worked for 16 years. While in California Barbara, Vernon and Valerie were born.

Though their resources were limited, that did not prevent Emma from sharing with those who were even less fortunate whenever they stopped by. She is an excellent cook and is known for her homemade biscuits, fried chicken and her peach cobbler.

Everyone who knows Mother Shaw has heard her testimony and can repeat it verbatim as she starts to say…”Early one Saturday morning I was in my bathroom when I heard a loud voice saying, ‘Be ready, I’m on My way back’…” and from that time to this day, Mother Emma tells everyone that she encounters to be ready, the Lord is on His way back.