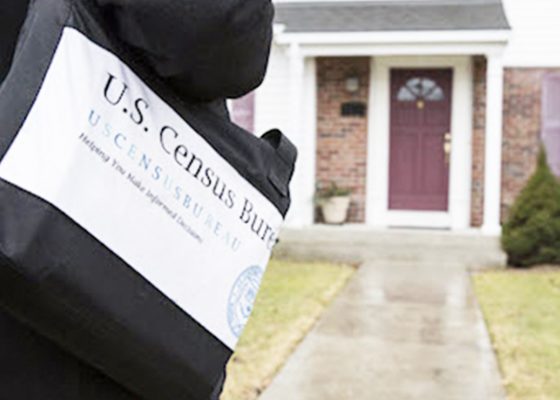 Leaders of numerous African American organizations recently convened in the District to deal with the upcoming 2020 census that could affect available resources and the political representation of Blacks in the century’s third decade.

Melanie Campbell, president and CEO of the National Coalition on Black Civic Participation (NCBCP) and the convener of the Black Women’s Roundtable, had the leaders and representatives of key African American and civil rights organizations meet on June 18 at the Hyatt Regency Washington on Capitol Hill to talk about the 2020 Census and its importance to Blacks.

“The 2020 Decennial Census will be the most critical census count of our lifetime,” Campbell said. “In 2010, African Americans and Black immigrants were under-counted by more than 800,000, leaving our communities with a shortage of government resources. We cannot let this happen again.

“Further, the 2020 presidential election is also taking place next year,” she said. “For that reason, the National Coalition on Black Civic Participation and our Unity Diaspora partners are strategizing, organizing and mobilizing to make sure our people be fully counted and vote to build power for the next generation. Our future depends on it.”

Article 1, Section 2 of the U.S. Constitution requires the federal government to conduct a count of all within the borders of the United States every 10 years, with the year ending in a “0”. The data collected from the census count will be used to decide how many representatives will serve individual states in the U.S. House of Representatives. Plus, non-states such as the District and U.S. territories and possessions base their legislative bodies on those numbers.

Business and nonprofit organizations use census data to determine whether to expand or decrease operations and services. In addition, billions of federal dollars are allocated based on census data.

Leaders and representatives of organizations such as National Urban League, the National Action Network, the NAACP and the National Council of Negro Women participated in the summit, themed “Be Counted to Build Power for the Next Generation.”

Rep. Lacy Clay (D-Mo.), a member of the Congressional Black Caucus, said prisoner gerrymandering, the practice of counting offenders where they are serving time instead of their hometown, and a dubious citizenship question are tools being used by those who don’t want people of color to be counted properly.

“There are two million incarcerated Americans and many of them are African American,” Clay said. “We want them to be counted as residents of their home, not the institution they are serving time in.”

Clay has a bill, Correct the Census Count Act of 2019, that would remedy that situation.

On the citizenship question that could appear on census forms that the U.S. Commerce Department leaders requested the Supreme Court to rule on based on validity, Clay called it “idiotic.”

“The purpose of the citizenship question is to disenfranchise and intimidate non-White Americans by having people answer this question,” he said.

Marc Morial, president and CEO of the National Urban League, said Black communities need to be prepared for the census “in light of so many Black children were missing in the 2010 census.”

“We will hold nationwide town hall meetings in the fall and the spring to inform people about the importance of the census,” he said.

“We want to make sure all communities are represented,” she said. “In the process of doing that, we will need to have hard conversations about the makeup of our districts.”

Cobb-Hunter also railed against “packing,” the practice of putting Blacks in one district that produces neighboring predominantly White —and, in many cases, conservative Republican — districts. She said putting some Blacks in a neighboring White district could produce a White Democrat who would be more sensitive to African American concerns.

Cobb-Hunter said many states such as South Carolina and Mississippi have large numbers of Blacks in state legislatures who have little power because they are outnumbered by White Republicans.

“Sometimes we as Black leaders become elitist and use big words to explain things,” Mallory said. “Black people need someone they can relate to explaining why the census is important.”

This article originally appeared in the Washington Informer.