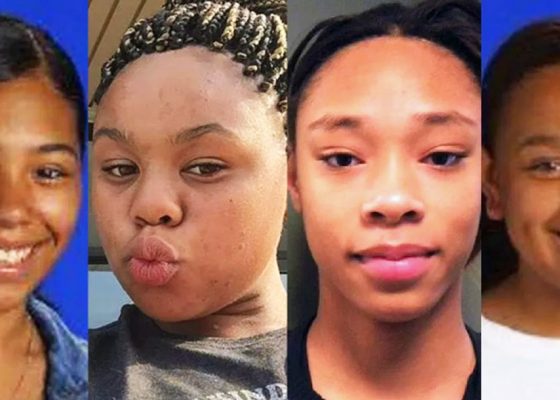 Type the name Tawny Reed in the Google search engine and click on “News.”

In doing so, one will find among the results, an obscure 1960s Welsh singer named Tawny Reed and even a headline from the Telegraph newspaper in the United Kingdom that reads, “The beautiful Turkish wonder you’ve probably never heard of.”

What you won’t find is Tawny Reed, the missing 14-year-old Black girl from Reno, Nevada who was last seen on May 1.

It’s a recurring theme: An African American female goes missing and there’s no radar too low that she won’t fly beneath.

The National Center for Missing & Exploited Children– or NCMEC – said the number of reports of missing children made to law enforcement in the United States now totals more than 424,000.

Tawny stands five feet tall and weighs about 130 pounds and authorities haven’t described what she was doing at the time of her disappearance or what she may have been wearing.

Aneesa [no reported relation to Tawny] is 16 and authorities said she’s five-feet and four inches tall and weighs 110 pounds. She was last seen on April 26.

Across the state in Las Vegas, Ashantay Jones, 17, also disappeared.

The five-feet and 11 inches tall, Ashantay reportedly weighs about 135 pounds.

Like Tawny, Aneesa and Ashantay, a Google search of Keaisha Hayes-Prater, yields nothing about the missing black teen in the news section.

The 13-year-old, who’s listed at five feet tall and 148 pounds, disappeared on May 3 in Columbus, Ohio.

Authorities believe she may still be in the local area, but they’re unsure what may have happened to her.

The alarming number of missing black females counts for a large chunk of disappearances nationwide. Yet, as the crisis continues, media attention remains largely diverted.

“I worked in Texas as a news anchor and the statistics there are shocking,” said Liz Jeneault, an Emmy-nominated former TV news anchor who once hosted a public affairs show called, “In Focus,” in Texas.

Jeneault, who now works as vice president of marketing for Faveable.com, said she believes some girls have fallen victim to human trafficking.

“I interviewed professionals from the University of Texas at Austin about how there are an estimated 79,000 child sex trafficking victims in Texas alone,” Jeneault said.

“Houston is known to be a hub for trafficking and is unfortunately where black women and girls are roped into the trade,” she said.

It’s really quite prophetic that so many African Americans have gone missing and are forgotten [by society], said Phyllis G. Williams, the co-host of Living the Principles Onward. Of course, they will never be forgotten by their friends and loved ones.

“This was stated 57 years ago and sadly the words still ring true. Our lack of protection mixed with constant disrespect and neglect contributes to little effort in being found when we are missing,” she said.

“Many Americans are subconsciously programmed to view black women and girls as promiscuous, angry, and of little overall value, which leads law enforcement, media and others to reason that there’s little need to exhaust the system for someone others believe lack wholesomeness,” said Williams, whose family has endured its own unsolved disappearance.

“My aunt Doll Crooks has been missing since the mid-1980s and, after more than 30 years, it appears she’s just another cold case,” Williams said.

“I can’t help but wonder if my aunt Doll had blonde hair and blue eyes, while living in an upper-middle class neighborhood, [if] there would have been more detective work [done to find her],” she said

For information on anyone missing, call 1-800-THE-LOST, or visit http://www.missingkids.com.