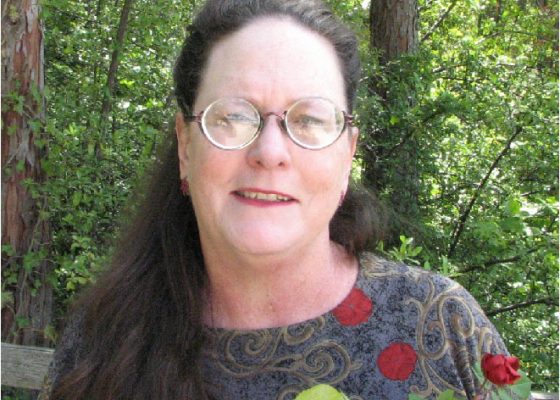 On May 1, Anabel Fernandez Peralta, an inmate at the Women’s Camp at the Federal Correctional Complex in Victorville, filed a complaint alleging cruel and unusual punishment, failure to properly supervise, failure to properly investigate and retaliation against former correctional officer Apolonio Gamez (Gamez) and unnamed defendants, originating from an incident of nonconsensual sex according to court documents obtained by San Bernardino American News.

Inmate Anabel Fernandez Peralta’s (Fernandez) complaint claims in September of 2016, a lieutenant of the Bureau of Prison’s Special Investigative Services at the Women’s Camp at the Federal Correctional Complex in Victorville was informed of accusations that Gamez “was a sexual predator” posing a risk to inmates in the Food Service Warehouse.

The next month on October 7, 2016, a Bureau of Prison’s (BOP) Food Service administrator was told Gamez “was having an inappropriate relationship with an inmate.”

Five days later on or about October 12, 2016, a handwritten note dated September 29, 2016, was delivered to the BOP Special Investigative Services alleging Gamez was “having inappropriate relations with an inmate” creating an unsafe environment “for the women who work there.’”

Fernandez’s complaint accuses BOP officials of doing nothing “to discipline or investigate Gamez” and failed to take action “to protect the inmates despite repeated warnings.”

While working in food services at the Women’s Camp at the Federal Correctional Complex in Victorville from November 29, 2016 to about June 28, 2017, Fernandez’s complaint claims Gamez caught Fernandez “with food items in the storage area” and accused Fernandez of “stealing and threatened” to send her to the hole.

According to Fernandez’s complaint, Fernandez knew the Federal Correctional Complex in Victorville did not have a a special housing unit, a restricted housing area known as “the hole” realizing Gamez was “threatening to send her away to another BOP facility far away from her family.”

“You know I like you, I want to see that body,” Gamez continued reaching “inside Ms. Fernandez’s clothes” touching her breast and pursuing further sexual advances. Gamez then “pulled down Ms. Fernandez’s pants” as Fernandez “backed away.”

Gamez then ordered Fernandez to perform oral sex according to Fernandez’s complaint and due to Fernandez’s fear of being sent to “the hole” far away from her family, Fernandez followed Gamez’s orders.

Afterward, Fernandez “wiped her tongue on her bra.” A short time later, Fernandez experienced what she knew to be symptoms of a sexually transmitted disease, causing additional stress and Fernandez became “depressed and anxious” to where she lost sleep, became withdrawn and “afraid to come forward.”

Fernandez continued to work in food services afraid of being sent “to another facility far away from her family” and retaliation by officials while she served the remainder of her 51-month prison sentence for conspiracy to make material, false statements in connection with the acquisition of firearms and to export defense articles without a license.

Noting a change in Fernandez’s behavior, on or about July 12, 2017, a fellow inmate was able to get Fernandez to confide in her about “the sexual assault” and accompanied by the fellow inmate Fernandez reported it to a BOP official.

An affidavit in support of a criminal Complaint for violation of Title 18, United States Code Section 2243(b), revealed it was on or about August 29, 2017, FBI Special Agent Steven Gale and DOJ Officer of the Inspector General, Special Agent Jennifer Serino (Serino) first interviewed an inmate/witness about the allegations of sexual abuse by Gamez.

The FBI and DOJ investigation revealed the first incident involving Gamez occurred on or about September 2016, when Gamez twice sexually abused an inmate serving time at the Women’s Camp at the Federal Correctional Complex in Victorville. The next known victim was Fernandez, when on or about May 4, 2017, Gamez sexually abused Fernandez. Gamez had his eye on a third victim when on or about June of 2017, at an outside warehouse Gamez exposed himself to another inmate implying his expectation of receiving oral sex. The third victim loudly questioned Gamez and “stormed out of the warehouse” waiting at the vehicle.

DOJ Special Agent Serino’s affidavit acknowledged that there were earlier reports of Gamez’ inappropriate sexual behavior. On or about September 6, 2016, a BOP Special Investigation Services Lieutenant was informed by an inmate that Gamez was a “sexual predator” whose actions “placed inmates in Food Service Warehouse at risk.” On or about October 7, 2016, a BOP Food Service administrator was told Gamez was having an “inappropriate relationship” with an inmate.

Five days later on or about October 12, 2016, an anonymous note was delivered to the BOP Special Investigation Services accusing Gamez of “inappropriate relations” with an inmate in the Food Service Warehouse making it “not safe” for the women who work there.

Fernandez’s complaint described the lack of response to complaints by prison officials as “deliberately indifferent” to the victims by “allowing a known sexual predator” to continue working alone with inmates.

On February 26, 2018, Gamez appeared for a voluntary interview with agents of investigating agencies. When Gamez was asked about the allegations of sexual contact with inmates, Gamez “denied that he had engaged in sexual acts by inmates.”

Following the interview, the agents “executed the search warrant for Gamez’s DNA sample” and on March 15, 2018, Gamez was arrested at his home in the City of Lake Elsinore.

On January 28, 2019, United States District Court Judge Jesus Bernal sentenced Gamez to a two-year prison sentence, pay a $5,000 special assessment, be on supervised release for seven years and register as a sex offender upon release from prison.

Victorville Attorney Jim Terrell in an interview with San Bernardino American News shared his worry for the health and safety of all inmates serving time in facilities in San Bernardino County, specifically naming the Federal Correctional Facility in Victorville, the West Valley Detention Center (county jail) and the Adelanto Detention Center, a privately operated federal prison owned and operated by the Geo Group, housing immigration detainees.

Bernardino County,” Terrell declared expressing a need for inmates to be able to file complaints on a computer that would be sent to an independent agency and/or a citizen’s oversight committee to prevent the cover up of abuse.

Terrell opined that given an independent investigation “I bet we would find a lot more than just three victims” and “more than one officer that is involved in foul play.” Terrell recalled a situation where West Valley Detention Center officials denied any abuse by prison guards where over 33 names of prisoners who had been abused were later discovered by the FBI.

Terrell explained that his law office and the law offices of Sharon Brunner have received reports of terrible horrendous rapes occurring at the Adelanto Detention Center, however, those reports have not been backed up. Terrell believes the lack of substantiation of those complaints is due to fear of retaliation by the inmates.

Terrell spoke of a broken system where the Warden investigating the complaints is motivated to coverup the abuse and maintain a false picture of a well-run facility describing it as “an arcane and broken system that is failing every day.” Terrell views female prisoners being supervised by male guards, illegal aliens, disabled prisoners and prisoners with medical emergencies as the most vulnerable to abuse by prison guards.

Terrell spoke of inmates living in fear at detention centers in San Bernardino County and explaining there is an urgent need for increased media coverage, a citizen oversight committee, a independent investigation agency and more transparency.

Terrell opined, “As to the federal system it is so hush hush over there (sic) it’s not really a prison, it’s a torture dungeon.”