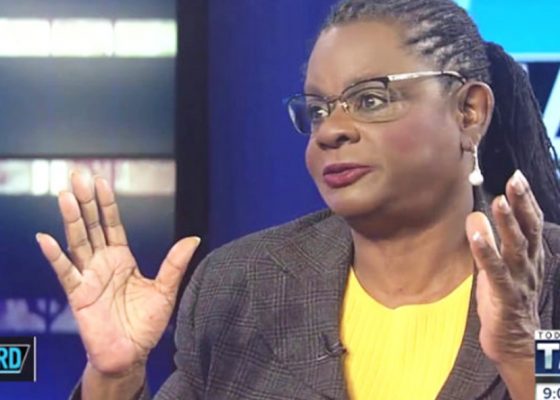 On Christmas Eve, Milwaukee Congresswoman Gwen Moore became the first sitting member of Congress to demand that President Donald Trump resign from the presidency. She made her comments as the Dow dove 500 points on December 24 in worst Christmas Eve trading day ever. As of Christmas, the market was on track to suffer its worst December since the Great Depression.

“Some of this money for the doggone wall, I wish they would put into places like Flint and Milwaukee,” said Rep. Moore during the interview. The Congresswoman worked to secure millions of dollars to remove lead from America’s water infrastructure.

During an interview on the Scott Dworkin report, Rep. Moore said that President Trump “resigning is a dignified way for him to leave as opposed to being impeached or as opposed to being indicted or having the 25th amendment evoked. It’s really a very palliative approach to ask him to just go quietly and spare us all this pain.”

December 2018 featured a turbulent series of events around the 45th President. His Secretary of Defense, retired Marine General James Mattis, resigned. The White House Chief of Staff, John Kelly, set a time for his departure. The federal government partly shut down as Trump reportedly became angry with a budget bill that didn’t include billions in funding for a wall at the U.S. and Mexican border. Two children died in U.S. custody as Trump Administration policy on immigration was led by relative policy novice, Stephen Miller.

Though many other members of Congress have been consistently critical of the President, Moore is now the first member of Congress to actually call for him to resign. Nine members of the House have either stated on the record that President Trump should be impeached or assisted in moving articles of impeachment to the floor of the U.S. House.

The impeachment effort against Trump has been led by Rep. Al Green of Texas. In October 2017, Rep. Green drafted an impeachment resolution and articles of impeachment and attempted to have it considered on the House floor against the wishes of Democratic leadership.

Currently President Trump’s approval rating is only 40 percent. Democrats will take control of the U.S. House on January 3rd.

Lauren Victoria Burke is an independent journalist and writer for NNPA as well as a political analyst and strategist as Principal of Win Digital Media LLC. She may be contacted at LBurke007@gmail.com and on twitter at @LVBurke