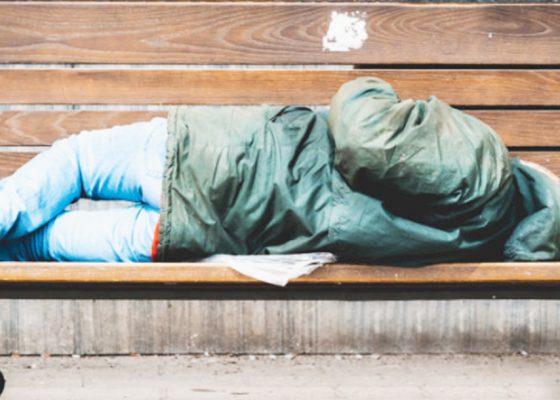 This case is part of a nationwide movement against the criminalization of homelessness, spearheaded by the National Law Center on Homelessness & Poverty and more than 850 groups and individuals who have endorsed the Housing Not Handcuffs Campaign. (Photo: iStockphoto / NNPA)

People experiencing unsheltered homelessness in the west coast states of the Ninth Circuit can sleep more safely, without facing criminal punishment for simply trying to survive on the streets. The Ninth Circuit Court of Appeals rejected an en banc petition by the city of Boise in Martin v. Boise (formerly Bell v. Boise), leaving in place its September 2018 ruling that homeless persons cannot be punished for sleeping outside on public property in the absence of adequate alternatives. In so holding, the court of appeals permitted the homeless individuals who have received criminal citations under Boise’s policy to proceed with their constitutional claims against the City. The National Law Center on Homelessness & Poverty, which filed the case in 2009 with co-counsel Idaho Legal Aid Services and Latham & Watkins LLP, hails this decision as being essential to encouraging cities to propose constructive alternatives to homelessness.
“Criminally punishing homeless people for sleeping on the street when they have nowhere else to go is inhumane, and we applaud the Court for ruling that it is also unconstitutional,” said Maria Foscarinis, executive director at the National Law Center on Homelessness & Poverty. “It’s time for Boise to stop trying to hide its homelessness problem with unconstitutional ordinances, and start proposing real solutions.”
The case challenges Boise’s enforcement of its Camping and Disorderly Conduct Ordinances against persons experiencing homelessness who need to sleep in public in the absence of adequate housing or shelter. Last September, a panel of the Ninth Circuit agreed with the central premise in the suit, holding that “as long as there is no option of sleeping indoors, the government cannot criminalize indigent, homeless people for sleeping outdoors, on public property, on the false premise they had a choice in the matter.” Following that ruling, the city of Boise petitioned the Ninth Circuit to rehear the case en banc. Today, the court rejected that request, thereby affirming that within the western states that make up the Ninth Circuit, “the Eighth Amendment preclude[s] the enforcement of a statute prohibiting sleeping outside against homeless individuals with no access to alternative shelter.”
“Today, the court says that people experiencing homelessness cannot be punished for sleeping or sheltering on the streets in the absence of alternatives,” said Eric Tars, Legal Director at the National Law Center on Homelessness & Poverty. “But our hope is that tomorrow, cities will begin to create those alternatives—getting homeless people into housing is a win-win approach, benefitting both the individuals helped and the communities that no longer have to deal with the negative impacts of people living in public spaces, at lower cost than cycling people through the criminal justice system.”
The case gained national attention in 2015 when the United States Department of Justice filed a Statement of Interest brief in the case, arguing that making it a crime for people who are homeless to sleep in public places unconstitutionally punishes them for being homeless.
“The outcome of Court’s decision will support cities who are addressing real solutions to the complex issues faced by homeless individuals and families rather than just create more barriers and fill more jails with persons who only needed a place to sleep for the night,” said Howard Belodoff, of Idaho Legal Aid Services, Inc. “Boise can be one of those cities—it has the resources, it just needs to apply them correctly.”
Judge Berzon, in her opinion, notes that the decision, while important, is unlikely to impose dire consequences on cities. “The distressing homelessness problem…has grown into a crisis for many reasons, among them the cost of housing, the drying up of affordable care for people with mental illness, and the failure to provide adequate treatment for drug addiction. The crisis continued to burgeon while ordinances forbidding sleeping in public were on the books and sometimes enforced.”
“We are pleased that the Ninth Circuit held that the Constitution ‘prohibits the imposition of criminal penalties for sitting, sleeping, or lying outside on public property for homeless individuals who cannot obtain shelter,’” said Michael Bern, lead pro bono counsel from Latham & Watkins, who argued the case before the Ninth Circuit. “As the Department of Justice recognized earlier in this case, ‘[c]riminalizing public sleeping in cities with insufficient housing and support for homeless individuals does not improve public safety outcomes or reduce the factors that contribute to homelessness.’ With today’s decision, we hope that cities can redirect their efforts to identifying meaningful and constitutional solutions to the problem of homelessness.”
This case is part of a nationwide movement against the criminalization of homelessness, spearheaded by the National Law Center on Homelessness & Poverty and more than 850 groups and individuals who have endorsed the Housing Not Handcuffs Campaign.
The court’s decision can be read here.http://cdn.ca9.uscourts.gov/datastore/opinions/2019/04/01/15-35845.pdf
The National Law Center on Homelessness & Poverty is the only national organization dedicated solely to using the power of the law to prevent and end homelessness. With the support of a large network of pro bono lawyers, we address the immediate and long-term needs of people who are homeless or at risk through outreach and training, advocacy, impact litigation, and public education. The Housing Not Handcuffs campaign is a project supported by the AmeriCorps VISTA program.