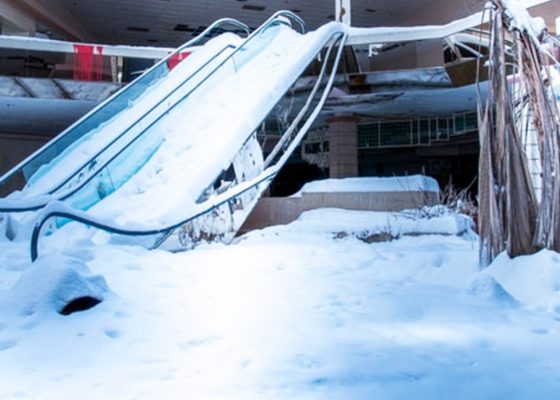 LifeWay said Thursday that it planned to close all 170 of its stores.

Payless has said it plans to close all of its 2,500 stores in what could be the largest retail liquidation in history.

The staggering rate of store closures that has rocked the retail industry over the last couple of years is expected to continue in 2019, with roughly the same level of closures expected this year.

“This year we are predicting more of the same in the retail space,” said Drew Myers, a CoStar senior consultant.

Retailers have announced more than 5,800 store closures so far this year, according to an analysis by Business Insider.

Here’s a list of all the stores closing this year:

Payless filed for bankruptcy in February and said it planned to close all of its 2,500 stores in what could be the largest retail liquidation in history.

Gymboree Group filed for Chapter 11 bankruptcy protection in January and said it planned to close more than 800 stores under its Gymboree and Crazy 8 banners.

Gymboree previously filed for bankruptcy as recently as June 2017 and closed nearly 400 stores in the process.

Charlotte Russe kicked off closing sales at 94 stores in February, after the company filed for Chapter 11 bankruptcy protection. In March, the company announced that it would liquidate its remaining 416 Charlotte Russe stores and 10 Peek Kids stores.

Shopko filed for bankruptcy in January and said it would close 251 stores. The company said in March that it had failed to find a buyer for its business, and would liquidate its remaining 120 stores.

The women’s clothing retailer Chico’s said in March that it would close 100 Chico’s stores, 90 White House Black Market stores, and 60 Soma stores over the next three years.

Gap said Thursday that it would close 230 namesake stores over the next two years as it reported that the brand’s same-store sales fell 7% during the holiday quarter. The company also said it would spin off its Old Navy brand.

LifeWay Christian Resources said in March that it planned to close all 170 of its stores. The Nashville-based company said it will continue to sell Bibles, books, children’s products, church supplies, and Christian music and movies on its website.

Performance Bicycle’s parent company, Advanced Sports Enterprises, filed for bankruptcy protection in November and later announced that it would close all 102 of its stores.

Sears Holdings, which owns Sears and Kmart stores, emerged from bankruptcy in February after filing for Chapter 11 bankruptcy protection in October.

Destination Maternity plans to close between 42 and 67 stores this year.

Victoria’s Secret said it would close 53 stores this year, citing a “decline in performance.”

NOW WATCH: Victoria’s Secret is closing dozens of stores this year — here’s why the brand has failed to keep up

Sears Holdings, which owns Sears and Kmart stores, emerged from bankruptcy in February after filing for Chapter 11 bankruptcy protection in October.

The company announced the closings as it reported that its Abercrombie brands’ same-store sales fell 2% during the fourth quarter. Most of the stores that Abercrombie & Fitch plans to close are located in the US, the company said.

JCPenney said it will close 27 stores in 2019, including 18 full-line department stores and 9 home and furniture stores. The department-store chain said same-store sales fell 4% during the fourth quarter.

Beauty Brands, a regional chain of salon and spa superstores, said in December that it planned to close 25 stores this year.

Henri Bendel closed all its stores in January after 123 years in business.

Lowe’s is closing 20 stores across 13 states this year.

Z Gallerie, a home furnishings and decor retailer, filed for Chapter 11 bankruptcy in March. The company said it plans to close 17 of its 76 stores during the restructuring process, according to bankruptcy filings.

Kohl’s is closing four stores this year. All the closing stores are located in or near a shopping mall.

Nordstrom is closing stores in Florida, Virginia, and Rhode Island.