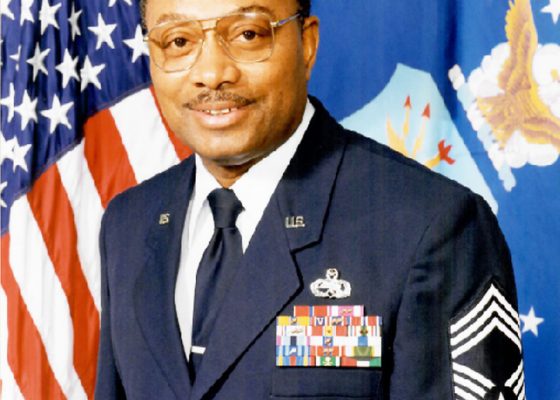 Pastor Johnny Lewis was born in White Plains, Georgia. Shortly after graduating high school he moved to New York City.  He enlisted in the United States Air Force attaining his AA degree in Aerospace Ground Equipment Technology and serving for 30 years.  Stationed at Edwards Air Force base as Aerospace Ground Equipment Superintendent and 1st Sergeant of 412 Flight Test Squadron. One of is duties included his squadron flying the Chairman of Joint Chief of Staff; Pentagon Washington , D.C. Pastor Lewis was promoted to the highest enlisted rank of Chief Master Sergeant.

Highlighting his military career was his service in tours; Operation Desert Shield and Operation Desert Storm. Chief Lewis was decorated with the distinguished Bronze Star Medal Award for his dedication in duty.  During Desert Storm he was First Sergeant for over 2,700 men and women of combined forces.  Today, Chief Lewis continues in his military commitment, volunteering and inspiring the local high school Cadet Corps groups. Chief Lewis accepted Christ at the early age of 15.  Throughout his military career his experiences nurtured his call to ministry.  In 1992, he became a member of Friendly Temple Church of God in Christ.  He served as Deacon until he was called to ministry by God in 2007.

In 2009, he was installed by Bishop Raymond E. Watts and successfully moved forward to Pastoring New Creations Lutheran Church in 2010.  In 2012, New Creations renounced their name to Grace Christian Community Church of God in Christ, where Pastor Lewis serves as Senior Pastor, for the past 7 years.

In 2017, he was elevated tot he office of Superintendent of United in Love District, Victorville, California.  In addition to his office, he now serves as the Administrative Assistant to Bishop Roger Thomas, Jurisdiction 3 Prelate.

Pastor Lewis has obtained as Honorary Doctorate Degree in Theology. Pastor Lewis has been happily married to Lugenia Smith-Lewis for 45 years.  He is the proud father os six children; and 18 grand children, and two great grandchildren.

Pastor Lewis continued to make an indelible mark in the ministry in the High Desert communities; and with the help of the Lord, he can do all things through Christ Jesus. Embracing the Grace and Sharing the Love.