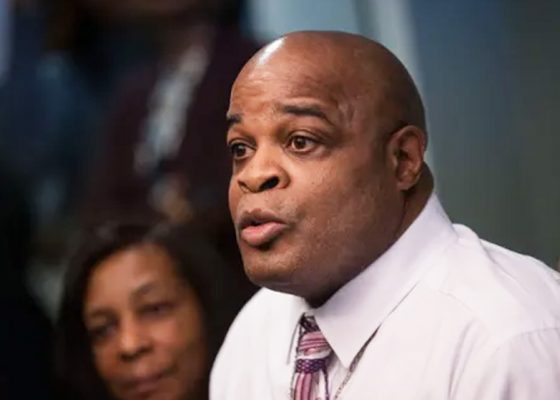 Had it not been for this attorney, Elmer Daniels might still be in jail. Here’s why.

Elmer Daniels and his attorneys say state prosecutors, in a lengthy court filing earlier this month to vacate the charges, took credit for work his legal team initiated to get him out of prison for a rape Daniels asserts he never committed.

“Without my involvement, Elmer would have died in jail,” said Daniels’ attorney Emeka Igwe. “The attorney general wasn’t going to look at his case or review his case. They want to act like they were benevolent and cared that he already served 39 years … but he (the attorney general) only did what he did because they were forced to.”

The Delaware Department of Justice said it did review the case and did not determine Daniels was innocent based on the available evidence. Instead, it moved to dismiss the indictment based on the time served by Daniels.

Had Daniels been found guilty of the same crime today, he likely would have spent about 15 years in prison.

“The purpose of the state’s papers was to provide the court with the information needed to decide the motion, not to assign credit for who is responsible for the outcome,” DOJ spokesman Carl Kanefsky said.

Igwe, however, contends that it is the state’s responsibility – if prosecutors have enough information to prove a person is innocent – to correct an injustice.

Since Daniels’ conviction on a first-degree rape charge, the now 57-year-old man has maintained his innocence. He filed appeal after appeal after his conviction, but had no luck in getting his case overturned.

“For the most part, it felt like nobody cared,” Daniels said Thursday outside Young Correctional Institution. “But Emeka did.

“I literally told my story at an expungement summit. Imagine you’re 18-year-old you, a black male given a great deal of time in prison and you wind up being … 57 years old getting out of prison for a crime you didn’t do. I simply asked, ‘What would you do if a man did a lot of time and could prove that he’s actually innocent but needs help?’ And he said ‘I’ll help you.’ “

Flawed testimony led to his conviction 39 years ago. Now, prosecutors say he can go free.

Nearly 40 years after Daniels’ conviction, the state changed its mind – but it didn’t call Daniels innocent.

The state’s motion to vacate the original conviction said testimony provided by an FBI agent about the use of hair evidence against Daniels “exceeded the limits of science” and may have swayed a jury into convicting him.

It noted that due to numerous pieces of evidence, including the fact that the victim identified Daniels from a group of 300 photographs and “because of other evidence that cannot be disclosed without Mr. Daniels’ consent because the evidence arose during his Board of Parole hearings,” the state could not say Daniels was innocent.

“Nevertheless, because of the trial issues identified in the State’s papers and the fact that Mr. Daniels had already served a sentence of 40 years, the State determined that justice was served by the dismissal of the indictment,” Kanefsky said in a statement.

Igwe, in a 159-page response to the state’s filing, said the case was problematic from the start.

Though he supported the state’s motion to release Daniels, Igwe submitted dozens of pages of emails, trial transcripts and school records to show that evidence and accusations against Daniels were never fully vetted, and that the Delaware Department of Justice wasn’t reviewing Daniels’ case without prompting by Igwe and his investigator.

An email from Igwe to the FBI dated Sept. 22, 2017, provided the FBI with the flawed testimony that the FBI and U.S. Department of Justice later notified the state about in January 2018.

The email between the Delaware Department of Justice and the FBI was part of the state’s filing earlier this month, which prompted them to further review the evidence against Daniels.

Emeka Igwe, attorney for Elmer Daniels, says he, not the state, helped prove Daniels’ innocence after 39 years in prison.Buy Photo

Igwe found other things problematic about the handling of Daniels’ case, like the decision never to review whether Daniels was in fact in class with the witness to the rape.

That’s important to Daniels’ case because it was the basis for putting Daniels’ photo in a lineup that the victim ultimately used to identify him.

“This is a tragic case of injustice,” Igwe said.

He said the circumstances of this crime in 1980s Delaware – a black teen charged with raping a white teen, with the only witness to the crime being another white boy – cannot be ignored.

“I’m very concerned Mr. Daniels is not the only one languishing in prison,” he said.

In the wake of Daniels’ case, Igwe alongside private investigator Terrance Jones are founding the Absolute Justice Project to further investigate wrongful convictions and advocate for criminal justice reform not just in Delaware but nationwide. Jones served as the lead investigator in Daniels case, one that affected him on a personal level.

Daniels will serve as a voice for those most affected by wrongful convictions and what can be lost in the wake of those lost years in prison.

“Angry? No. Hurt? Yes,” Daniels said at a press conference in Philadelphia Tuesday. “They took something that they could never give me back. Think about it. Eighteen, where were you? Where are you now? I can’t identify with any of that.”

When he was released last week from Young Correctional Institution in Wilmington, Daniels left with nothing more than the clothes on his back and less than a week’s supply of insulin for his diabetes, he said. He will not receive any compensation for his wrongful conviction or his time served in Delaware prisons.

Now, he has to figure out how to make ends meet and what comes next.

Igwe said a lawsuit will likely be filed, though he’s not yet sure against which agency or how soon. He believes those responsible for Daniels’ 40 years in prison should be held accountable for what he stands by as wrongful imprisonment.

Daniels just wants to take it day by day.

“I lost my family over this. It separated me,” Daniels said. “But hey, I forgive you because that is not for you – it’s for me.”

If you want to help Elmer Daniels…

A GoFundMe account has been created for Daniels to cover expenses like housing, transportation, food, medical care, and other needs. Donations can be made on the GoFundMe page directly, titled “Help Elmer Daniels after 39yrs wrongful conviction.”