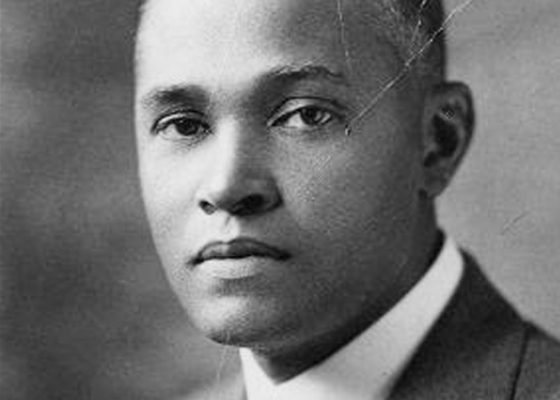 WASHINGTON, Feb. 4, 2019 — St. Elmo Brady, the first African-American to earn a Ph.D. in chemistry, is being honored by the American Chemical Society (ACS) with a National Historic Chemical Landmark. The designation will be celebrated on Feb. 5 at the University of Illinois at Urbana-Champaign, which awarded Brady his doctorate in 1916. The event coincides with February’s Black History Month.

St. Elmo Brady, the first African-American to earn a chemistry Ph.D., is being honored on Feb. 5 with a National Historic Chemical Landmark.

“This landmark designation recognizes the outstanding accomplishments and leadership impact that Dr. Brady has had on the chemical profession,” says ACS Immediate Past President Peter K. Dorhout, Ph.D., an alumnus who will present the university with a bronze plaque about Brady at the designation ceremony. “I am proud to be an alumnus of the university that was part of his legacy — dreaming, designing and executing the creation of four outstanding and impactful chemistry programs that have each worked to ensure access to higher education and the chemical professions for so many young African-American men and women over the last century.”

“Brady’s most enduring legacy involves his efforts to enhance and create undergraduate curricula, graduate programs and fundraising efforts at four historically black colleges and universities: Fisk University, Tuskegee University, Howard University and Tougaloo College,” says Jonathan Sweedler, Ph.D., director of the university’s School of Chemical Sciences. Each of those campuses will host a celebration of Brady’s achievements and mount a plaque in his honor.

Brady was born in 1884 in Louisville, Kentucky. After earning a bachelor’s degree at Fisk in 1908, he taught for four years at Tuskegee and then earned his Ph.D. at the University of Illinois. He returned to Tuskegee to teach for four years, then continued his career at Howard and Fisk — where he served as chair of the chemistry departments — and at Tougaloo. Brady died in 1966. Additional information about his life and achievements can be found at http://www.acs.org/bradylandmark.

ACS offers a variety of resources for Black History Month. They include:

A celebration of the achievements and contributions of 11 African-Americans who overcame great odds to pioneer some of the most important scientific discoveries and developments in U.S. history

ACS established the National Historic Chemical Landmarks program in 1992 to recognize seminal events in the history of chemistry and to increase awareness of the contributions of chemistry to society. Past landmarks include the discovery and production of penicillin, the invention of synthetic plastics, and the works of such notable scientific figures as educator George Washington Carver and environmentalist Rachel Carson. For more information, visit http://www.acs.org/landmarks.

The American Chemical Society, the world’s largest scientific society, is a not-for-profit organization chartered by the U.S. Congress. ACS is a global leader in providing access to chemistry-related information and research through its multiple databases, peer-reviewed journals and scientific conferences. ACS does not conduct research, but publishes and publicizes peer-reviewed scientific studies. Its main offices are in Washington, D.C., and Columbus, Ohio.