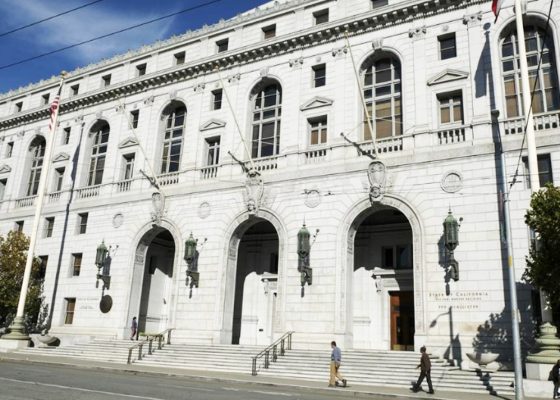 SACRAMENTO — The California Supreme Court on Wednesday denied a last-minute challenge to a state law that opens police records to the public and eases what currently is one of the nation’s most secretive police privacy laws.

The high court denied a police union’s petition contending that the law should make public police records only for incidents that happen after the law took effect Tuesday. However, a Los Angeles County judge blocked the release of old records in the state’s largest city until a Feb. 5 court hearing.

Neither court ruled on the merits of the case in their brief orders.

The law was passed in response to national distress over a series of fatal police shootings of unarmed minority men, but applies only when officers are found to have improperly used force or discharged firearms, committed sexual assaults on the job, or have been dishonest in official duties.

The San Bernardino County sheriff’s deputies union asked the Supreme Court to find that the law should only apply to incidents in 2019 or later because the law “contains no legislative direction for a retroactive application.”

It also cites a letter from Los Angeles Police Chief Michel Moore saying that applying the law to older incidents could cost his law enforcement department hundreds of thousands of work hours. The LAPD is expecting “a massive influx in historical records requests” and hiring extra employees and buying expensive hardware and software to comply, Moore wrote.

While the justices refused to block the law or issue a stay, Los Angeles Superior Court Judge Joanne O’Donnell ordered the LAPD not to release any retroactive records while she considers a challenge from the police union.

The law firm representing both unions said in a statement that it expects similar court challenges in counties across California, with potentially conflicting rulings — something it said it was trying to forestall by going directly to the state’s high court.

The bill’s author and advocates including some media organizations said legislators clearly intended the law to include any records, no matter how old.

David Snyder, executive director of the pro-transparency First Amendment Coalition, said the justices “saw through this improper effort to short-circuit an important expansion of public access to police misconduct records.”

Media organizations including the Los Angeles Times, radio station KQED and the California News Publishers Association joined the coalition in opposing the challenge.

By signing the bill, termed-out Democratic Gov. Jerry Brown partially reversed his approval 40 years ago of a law imposing some of the nation’s toughest law enforcement secrecy rules.

Organizations representing cities, counties, sheriffs and police chiefs had not taken a position on the union’s challenge. None were aware of other agencies following the lead of Inglewood, where city council members recently voted to destroy old police shooting and internal investigation records.

She added: “Good policing requires community trust, and one way to build that trust is transparency.”