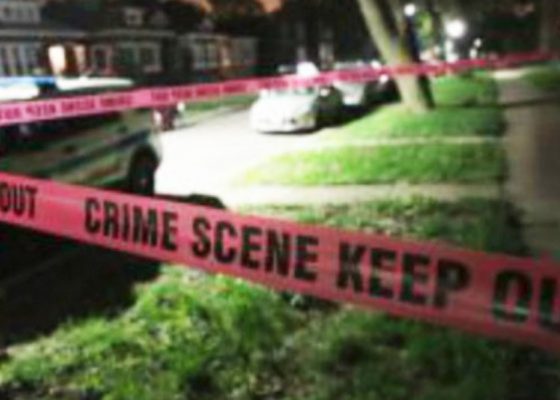 Gun violence has shortened the life expectancy of Americans by nearly 2.5 years, with shootings driving down the average lifespan of black Americans by almost twice as much as that of white Americans, according to a study published this week.

The new research, led by a professor at the Boston University School of Medicine, examined federal data on gun deaths between 2000 and 2016. The study determined that black Americans have lost 4.14 years of life expectancy due to gun violence, while white Americans lost2.23 years.

Researchers found stark racial differences in the manner of death, as well as the ages at which people were killed in shootings. Black Americans died much more frequently due to homicide, often at young ages, with many dying before the age of 20. For white Americans, gun deaths due to suicide were more prevalent, taking place more frequently among older individuals.

The research further underscores the severe toll of gun violence in the U.S., along with the longstanding glaring racial disparities in how it affects people.

Between 2015 and 2016, a total of 27,394 people died in firearm homicides in the U.S., while an additional 44,955 died in suicides, according to a report published by the Centers for Disease Control and Prevention last month.

Researchers have previously tried to calculate how these sorts of deaths weigh on the overall life expectancy of Americans. A separate study conducted in 2000 using more limited data set concluded that shootings reduced the average American lifespan by about 100 days, with a significant gap between black and white men: Black men lost 361.5 days, while white men lost 150.7 days.

That racial gap remains, according to the study published this week. But the firearm-related life expectancy loss for all Americans is nine times greater in the new study than in the 2000 study.

With those numbers in mind, it’s imperative that elected officials and members of the public look for solutions,said Dr. Bindu Kalesan, a co-author of the study and an assistant professor of community health sciences at Boston University.

More robust federal gun policy is also necessary, said Kalesan, though she conceded that routine interpersonal shootings and suicide ? the two forms of gun violence responsible for the biggest hit to life expectancy, according to the study ? are also among the most difficult to control with sweeping firearm regulations.

Still, there’s room for improvement. For decades, policymakers have sought to address shootings in urban communities by ramping up law enforcement. Although crime has fallen over the past few decades, that sort of approach has done little to address the broader social inequities that often accompany elevated levels of gun violence, added Kalesan.

“We are able to send stem cells into space, but we are unable to really address the social problems that we face in our society,” she said.

And when it comes to the broader debate about gun violence, it’s important to remember that gun deaths are only one part of the equation, said Kalesan.

“One thing people don’t realize is that 30 percent of [those who get shot] die, but 70 percent survive,” she said. “We have to consider them as well.”

This article originally appeared in the Defender News Network.