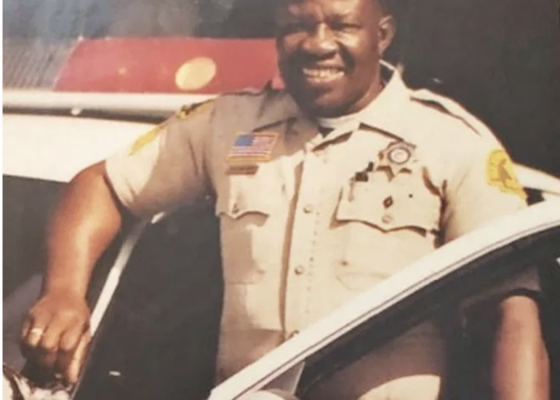 Deacon Harvey R. Walker was born on December 7, 1938 to late Carrie Stephens and Willie Walker in Boston, GA. He was proceeded in death by his daughter Rhonda and two son’s Gerald & Donald, one brother and one sister. On November 17, 2018 God called Deacon Harvey Walker home.

Deacon Walker accepted Christ at an early age, in 1985 he united with the New Hope Missionary Baptist Church under the leadership of Dr. Lamar Foster, Harvey was baptized the following Sunday. He took the word “Servant” to heart, he served on the trustee board for two years, attended Sunday School, Layman’s, sang with the Male Chorus and served on the Deacon’s Board. He served not only his family but any member that came to him with a need, even in his illness you would have never known he was struggling with health issues.

Harvey attended high school & college in Riverside. He graduated from San Bernardino Valley College and received an AA in Criminal Justice.  Deacon Harvey Walker was very athletic he played football, ran track and was a golf fanatic. He enjoyed traveling throughout the country playing golf with Kay and would even let her play sometimes, watching sport’s with Tanya and his friend Adel Hall, reading his Bible daily and singing gospel music. Although he had a serious side Harvey possessed an irrepressible sense of humor and was quite out spoken when needed.

On July 7, 1985, he united in matrimony with Kay Roberson they were married for 33 years and were inseparable. They became a blended family and spent time traveling together with family and friends.

Deacon Harvey Walker had an excellent career with the San Bernardino County Sheriff’s Department where he had the prayer of a Sheriff to make a difference in someone’s life every day, he filled his calling and did his best.

He leaves to cherish in his memories, his wife Kay Walker, two sons, three sisters, two brothers, stepmother, sister in law’s, brother in law’s, niece’s, nephew’s, aunts, uncles and host of relatives and friends. Each of you were special but Tanya surpassed what a daughter should be and he loved her dearly.

To my Family & Friend’s:

I trust that I have left behind a yard stick to follow, I hope my warmth and laughter will continue to radiate throughout my family and friends.

My final word ” Prepare to meet me on the other side “