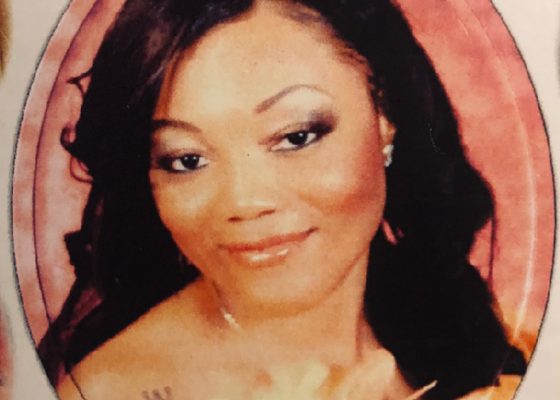 Miss Phillips had gone to the used car lot repeatedly after purchasing the vehicle about a month earlier. Due to the check engine light coming on while driving she kept going back often to have them repair the problem. On one of her visits she was told by an unknown male employee, according to family members to “suck his penis and he would fix the car properly.” Miss Phillips told her brother and a cousin about the disturbing incident. She was very upset and it is unknown if a police report was made regarding the lewd behavior at the place of business.

On the date of her death she went to the dealership to have the problem fixed and some kind of dispute ensued according to witnesses. American News has not been able to verify the official account of the story. Miss Phillips younger brother tells American news that he was speaking with his sister on the phone as she was sitting in her car crying and saying “all I want is for them to fix the engine light problem.” He said he was in Los Angeles at the time so he told her to drive out and head to the school and get her kids. Jerry Phillips her brother, says his sister said, “I am leaving to go get my kids,” and she hung the phone up, and that was the last time he spoke to her. He said he kept calling her back but she never answered.

It is alleged that there was an assault taking place at the dealership and miss Phillips was the suspect. It is also alleged in the official press release that she, miss Phillips had a misdemeanor arrest warrant for driving on a suspended drivers license. The sheriff’s department press release says the officer told miss Phillips about the warrant and she was not cooperative. Miss Phillips got into her car.  The release says that the deputy sprayed her with OC spray (commonly known as pepper spray). How did the deputy get in front of the car in order for miss Phillips to drive toward him after being sprayed with OC spray? How was she able to get to her car, get in and start to drive? Did this deputy place himself in the path way of the car and claim she was driving toward him? There are serious training issues with this deputy and his chain of command when you start killing unarmed citizens.

The family members say that after miss Phillips was killed, members of the San Bernardino County Sheriff’s Department decided to travel to miss Phillips home almost 20 miles away to search her residence. For what? They searched her storage locker, for what? Her three children were in school and were turned over to child protective services.

Mrs. Betty Phillips, the mother of Lajuana says that she wanted to personally see where her daughter was shot. She said she was advised not to look at her daughter’s remains in the condition she was after being shot in the head. Betty says that “she saw that the deputy shot her daughter through the left ear lobe and the bullet exited her forehead”. At that moment Betty went silent and said, “all I can think about is my daughters three children ages 11, 7, and 5 years. She went on to explain that her daughter’s husband passed away in 2013 from a massive heart attack and a brain aneurism. Betty explained that Lajuana moved to the desert to have a fresh start for her and the kids.

I am reminded of the lies that were told about Nathaniel Harris Pickett Jr. He was shot and killed in November 2015 in Barstow by Deputy Kyle Woods. Nathaniel had not committed any crimes, he was not armed. He was walking across main street in Barstow, in the cross walk as the light was green for him to do so.

Deputy Woods thought it was suspicious for Nathaniel to keep looking at him. Deputy Woods took it upon himself as a deputy sheriff in the city of Barstow where there is a police department to go after Nathaniel. Woods and his citizen ride along made a U-turn and went to contact and question Nathaniel. The press release stated that Nathaniel jumped the fence in front of the El Rancho Motel. He did not he walked through the open gate. After the two caught up with Nathaniel he was compliant and cooperated with Deputy Woods. Yet he was shot twice in the upper torso and accused of attacking Woods. All contact was on video surveillance. The DA refused to file charges on deputy Woods for Nathaniel’s death. In the civil trial in March of 2018 the jury awarded the parents of Nathaniel 33.5-million-dollar judgment against the county of San Bernardino and deputy Kyle Woods for the civil rights violations of Nathaniel Harris Pickett Jr.

Keivon Young was shot 6 times in the back lower extremities by San Bernardino County Sheriff’s deputies in Adelanto, Ca. His lawyer said this was a case of mistaken identity during a manhunt for a murder suspect. The 18-year-old survived, but he was arrested for resisting arrest and possessing knives. He went through a trial that was politically motivated.

Deputies say they spotted Young “sneaking through people’s front yards and hiding behind bushes,” in their press release. Deputies fired their weapons after they said Young reached into his waistband and “withdrew two large knives. “But in court transcripts, the department’s own case agent says the knives came out after the shooting.

“The subject fell down to the ground,” said Edward Bachman. “They moved in toward(s) him. At that point, he removed 2 large knives from his waistband. “Young didn’t know the men in plainclothes were deputies, he testified according to audio testimony released by his attorney. He said he didn’t hear them identify themselves as law enforcement. A review of the audio found a garbled yell, a deputy says, “Let me see your (expletive) hands! “ and then immediate gunfire, but no clear sheriff’s department identification. He said he had the knives as protection against people who threatened him earlier that night.

“I didn’t even know who you guys were, you ride up on me with flashlights,” he said. “I didn’t know nothing.” After the shooting, Young is heard crying for help. Young asked the deputies if he was going to jail. “Probably not. I don’t know, dude. You didn’t assault us, right?” said one of the deputies at the scene. “But you have to understand when we are cops and we are coming up on you…”Four months after the shooting, Young remains in jail. His family is devastated. “It’s really, really hard,” said his mother, Mia Carter. “I just don’t know what to do. And then I hear my son crying to them, asking them, ‘Why did you shoot me?’” Young was arrested on two counts of assaulting a peace officer. Those charges were changed to two felony counts of resisting arrest and one felony count for possession of dirk or dagger. Young’s father, Claiborne, says he’s hoping his son gets a fair trial.” Somebody gonna have a heart, and understand and realize, ‘Hey, we messed up,’” he said.

In the end Keivon Young was kept in custody for 6 months as an innocent man. Inmates began to pressure him to take the deal offered to him by the DA. Keivon kept refusing until it just got to be to much to take. He finally plead guilty to 1 felony and a stiff 5 year probationary period.

Diante Yarber, a father of three, was believed to have been unarmed when he was shot and killed by police. Photograph: Courtesy Brittany Chandler

On 4/05/2018 one of the police officers involved in the shooting of Diante Yarber, a young black man killed in a hail of bullets in a Walmart parking lot, was previously charged with a hate crime and fired from the force.

A police spokesman in Barstow, California, confirmed that officer Jimmie Alfred Walker was one of the officers involved in the 5 April shooting. The death of the 26-year-old father of three sparked national backlash after it was revealed that officers had fired a barrage of rounds into a car, injuring a young woman and killing Yarber, who was believed to be unarmed.

Blurry witness footage suggested that police may have fired more than 30 bullets into Yarber’s car. Police have claimed officers were responding to a call of a “suspicious vehicle” and that Yarber was “wanted for questioning” in a stolen vehicle case. Officials further alleged that he “accelerated” the car towards officers when they tried to stop him, “almost hitting one officer”.