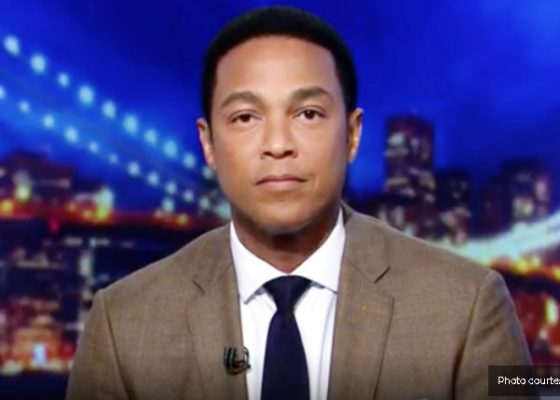 A threat on a man’s life isn’t a pressing issue, according to the District Attorney’s office in Manhattan.

A white nationalist sent CNN host Don Lemon death threats in the fall of 2017 via Twitter. Lemon tried to pursue legal action, but was recently informed that the District Attorney’s office would not be pursuing charges.

He called police after receiving several threats from the anonymous man — a self-proclaimed white nationalist and Trump supporter. He also described himself as a “conservative pro-gun anti-Islam anti-terrorist anti-leftist” via his Twitter bio.

The man sent Lemon messages including, “F**k you ni**** can’t wait to stab your neck” and “U r a pile of rotting Dog s**t, racist, communist, socialist, Liberal moron asshole, I will find U, U will pay. I’ll see u real soon…”

The New York Police Department did investigate the threats and determined them to be “aggrieved harassment.” A police spokesperson even confirmed that Lemon was sent “numerous threatening and anti-Black messages to his Twitter inbox from an unknown individual.”

However, no arrests were made.

The Manhattan D.A.’s office advised that they wouldn’t be pressing charges against the man because they felt the incident outweighed the potential punishment, which would have been less than one-year served in jail.Last week, in an on-air conversation with Chris Cuomo, during a segment about the killing of two Black people outside a Kroger grocery store in Kentucky, Lemon said, “The biggest terror threat in this country is white men, most of them radicalized to the right, and we have to start doing something about them.”