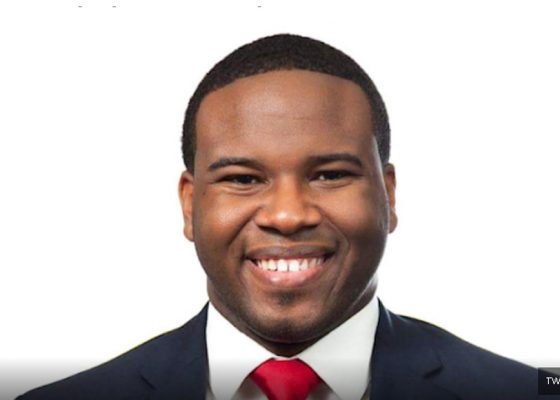 Witnesses say they heard the officer say, “Let me in. Let me in.”

Botham “Bo” Jean was killed around 10 p.m. on Thursday night by Amber Guyger, a four-year veteran of the Dallas police department, who just ended her shift and returned to her apartment complex.

The 911 call said she cried after shooting Jean in the chest, and apologized saying she thought it was her apartment. Her arrest warrant says that Guyger reports drawing her gun when she saw a figure in the dark apartment, giving verbal commands—which were ignored—and then firing two shots.

But witnesses, according to the family lawyers, say that they heard sounds and talking that contradict that report.

“They heard knocking down the hallway followed by a woman’s voice that they believe to be officer Guyger saying, ‘Let me in. Let me in,'” attorney Lee Merritt said.

After the gunshots, a man’s voice was heard.

“What we believe to be the last words of Botham Jean which was ‘Oh my god, why did you do that?'” Merritt said.

There were two witnesses, Caitlyn Simpson and Yasmine Hernandez, that heard a lot of noise on the fourth floor that night, including ‘police talk’, like: “Open up!”

There was also a video taken by witnesses of Jean being rolled out on a stretcher, with EMS performing chest compressions on him.

Dallas County District Attorney Faith Johnson is collecting all of the evidence before presenting to a grand jury, which could decide to up the charges to murder.

Protests were held Monday night outside the police department as questions still remain:

What were the results of the blood test for Guyger, and why did police respond from 30 miles away, rather than Dallas police headquarters that was two blocks away?

The family’s lawyers are also still asking why Guyger was allowed to leave the scene without handcuffs and not be arrested for three days. “You or I would be arrested if we went to the wrong apartment and blow a hole in a person’s chest, killing them,” said Benjamin Crump.

The officer was arrested Sunday, and released on $300,000 bail as of Monday. She is on paid administrative leave.

Botham Jean’s funeral is on Thursday.