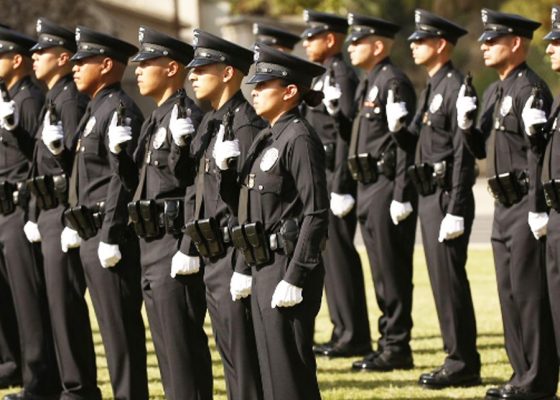 Legislators approved two landmark measures late Friday, one that would give the public access to internal investigations of police shootings statewide, and another that would allow the release of body camera footage of those incidents.

Supporters of the legislation, which must be signed by the governor to become law, said it would boost confidence in law enforcement at a time when multiple disputed police incidents have led to protests in California and nationwide.

The bills “open up some transparency to help rebuild that trust between law enforcement and communities,” said Sen. Nancy Skinner (D-Berkeley), author of the open-records bill. “Public safety requires the cooperation and trust of a community.”

Skinner’s measure, Senate Bill 1421, would begin to unwind a confidentiality law passed four decades ago by opening records from investigations of officer shootings and other major force incidents, along with confirmed cases of sexual assault and lying while on duty.

California’s existing rules protecting the confidentiality of misconduct records not only prohibit the public from seeing them, but also deny prosecutors direct access — a standard that exists in no other state.

A recent Times investigation found that past misconduct by law enforcement officers who testify in court is routinely kept hidden by California’s privacy laws.

Supporters of the SB 1421 hailed the decision as a move toward increased trust between law enforcement and the public. The backdrop of Black Lives Matter and other movements pushing for changes in the criminal justice system helped move the transparency measure forward, they said.

“For years, black, brown, indigenous, and poor communities have been subjected to systemic harassment, violence and brutality by police but left little recourse to pursue justice,” Melina Abdullah, a professor of Pan-African Studies at Cal State L.A. and a member of the Black Lives Matter movement, said in a statement. “SB 1421 will finally shine a bright light on whether and how police departments are holding officers accountable for these abuses of power.”

Before Friday’s decision, police labor unions had blocked several prior attempts to weaken the confidentiality rules. Labor groups have long contended that the laws currently in place protect police officers from unwarranted intrusion into their lives, and say the changes could put them at risk.

“Because sustained cases of misconduct are high-profile within an organization, the accused officer will know who was there and who wasn’t,” Cooper said. “At a time it has never been more important to safeguard the identities of whistleblowers, this bill falls very short.”

A separate bill that would require police departments to make some body camera footage public also advanced on Friday, the final day for lawmakers to consider bills for the year. The body camera measure would require departments to release footage of most officer shootings and other serious uses of force within 45 days unless doing so would interfere with an ongoing investigation.

Supporters said the legislation, Assembly Bill 748, was modeled on the Los Angeles Police Department’s recently implemented policy to release videos within a similar timeframe, adding that the increased public access also would better relations between law enforcement and communities.

Police groups argued that the plan would override the ability of departments to set their own rules for disclosure.

Lawmakers also worried that the measure didn’t give enough weight to the privacy interests of officers and the public.

“We need to be more deliberative about this and get it right,” Assemblyman Jay Obernolte (R-Big Bear Lake) said during debate on the Assembly floor.

The passage of the body camera bill breaks a deadlock over the issue in the Legislature in the last four years. Multiple attempts to pass measures to make the footage public or restrict access statewide had failed before Friday.

“The bill represents one of the strongest commitments to transparency for body cameras among the legislation that’s been passed in the country,” Marshall said

The approval of SB 1421 also represents a dramatic departure from lawmakers’ past decision-making on police transparency issues.

Multiple efforts in years past to roll back restrictions on access to records have met their demise amid fierce lobbying from police labor unions. Former state Sen. Gloria Romero (D-Los Angeles), who authored police transparency legislation that failed a decade ago, said in a recent interview that taking on law enforcement labor groups left scars.

“It’s a pack. Like wolves coming at you,” Romero said. “Other [legislators] see it, and you’re basically like meat thrown to the lions.”

Police labor unions have been strongly opposed to SB 1421. The Peace Officers Research Assn. of California, the state’s largest public safety union, as well as the Los Angeles Police Protective League argued that the current disciplinary process is unfairly deferential to department management. Making records of those investigations public would further punish officers, they said.

Decisive votes for both bills occurred in the state Assembly, which has multiple Democrats with close ties to police. Initial tallies for the pair Friday left them a half-dozen short of passage, as numerous Democrats declined to weigh in. But they both advanced late in the evening.

On Thursday, the Los Angeles Police Protective League, which represents rank-and-file Los Angeles Police Department officers, gave $4,400 a piece to a dozen Assembly Democrats seen as friendly to law enforcement interests — the maximum-allowable donation — as they were set to decide on the police records and body camera bills.

Tom Saggau, a spokesman for the union, said board members approved the campaign contributions last week, and that they had no connection to the two bills.

“We never tie a political or charitable contribution to any political or legislative action,” Saggau said. “We urge the people we support to vote their conscience.”

Unlike in previous attempts at changing the confidentiality rules, law enforcement wasn’t united against SB1421. Last week, the California Police Chiefs Assn. announced its support for the legislation, echoing arguments from civil rights advocates about its ability to help increase the public’s trust in police.

Gov. Jerry Brown has not taken a position on either measure. Brown signed the bill implementing the state’s strict police confidentiality rules in 1978, when he was in his first term.