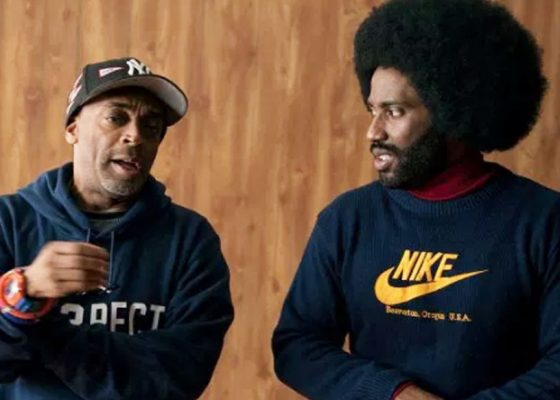 Even though “BlacKkKlansman” is set in the 1970s, the themes in the film are just as relevant today as they were back then, Anita Bennett, the managing editor and creator of Urban Hollywood 411, told NNPA Newswire.

“We have a president who constantly attacks Black athletes, newscasters and politicians, and white nationalists marching in the streets,” she said.

“The racial climate in this country is toxic, [so] if Spike Lee can open just one person’s eyes to the systematic racism that African Americans face every day, then he accomplished what he set out to do,” Bennett said.

The longtime entertainment journalist joined a chorus of other experts who noted that Lee’s latest film continues to receive positive reviews, with critics and fans alike celebrating it for sparking a much-needed conversation about the current political climate and the complex relationship between law enforcement and the Black community.

Several critics and actors told NNPA Newswire that Lee has deftly used his platform to expose systemic injustice while advocating for African-Americans and other minorities.

Bennett said it’s important that the Black Press continues to spotlight films like “BlacKkKlansman,” “Sorry to Bother You,” and “Blindspotting.”

“The Black Press champions and helps spread the word about films from African-American directors and writers, as well as movies that focus on issues important to the black community,” Bennett said.

“The Black Press – and I’m not talking about gossip websites – but industry-focused outlets like EUR Web, Blackfilm.com, and Urban Hollywood 411, write stories about these films and post interviews with the people behind him. We talk about the movies on social media and encourage Black audiences to go see them,” Bennett said.

Actor, director and film producer Shiek Mahmud-Bey said the Black Press enables filmmakers like himself, Tyler Perry and Spike Lee, to remain relevant and provides a platform to tell the untold stories that are meaningful to African-Americans.

“Only the Black Press can tell our story the way it needs to be told and only Black filmmakers can put that story in perspective and deliver it to a wide audience on screen,” he said.

Based on a true story, the film tells of undercover Black detective, Ron Stallworth, who manages to infiltrate the Ku Klux Klan. It has earned positive reviews from audiences and critics with an A-rating on CinemaScore and a 97 percent “fresh” rating on Rotten Tomatoes.

“Spike Lee has always been socially consciously aware as a filmmaker, going back to ‘Do The Right Thing,’” said actress turned film critic, Carla Renata, who’s known for her website, “The Curvy Film Critic.”

“As a filmmaker he uses the art of dialogue, the lens and his actor’s performances to illustrate his point of view on any given subject allowing the film to do the talking for him,” Renata said.

“Given that ‘BlacKkKlansman’ is adapted from Ron Stallworth’s novel, Lee amplifies this former detective’s experience and puts his spin on it as only a Spike Lee Joint can do. ‘BlacKkKlansman,’ along with ‘Blindspotting’ and ‘Sorry To Bother You’ are the perfect films for the perfect climate that have infiltrated hate and Neo-Nazi behavior into our daily existence via our current administration,” said Renata, a graduate of the Howard University School of Communications.

“It’s no coincidence the film was dedicated and released on the anniversary of the Charlottesville attack and rally where Heather Hoyer was mowed down like a dog and murdered. It’s also no coincidence that the last image you see is the American flag fading to Black and White turned upside down. Perfect image analogy for where we are as a society.”

Renata said also that she believes Black Hollywood has a love/hate relationship with Black Press.

Most artists, actors, studios, publicists and films reach out to the Black Press at the start in order to get that word of mouth buzz happening, she said.

“Once the artist, actor or film has been accepted by mainstream media, their marketing/publicity teams abandon the same Black media that helped them gain acceptance in some of those arenas,” Renata said.

“We are almost treated like the ‘black sheep’ of the family that no one likes to talk about or acknowledge.  It’s sad…but true,” she said.

Diarah N’Daw-Spech, the co-founder of ArtMattan Productions and the annual African Diaspora International Film Festival, said a number of Black filmmakers have used films to make social commentaries directly tied to serious issues in their communities.

She cited Senegalese filmmaker Ousmane Sembene whose film, “Molade,” served to denounce the mistreatment of women in his native country, particularly the practice of sexual mutilation, N’Daw-Spech said.

“Film is a powerful social media and a powerful source and tool for change. It is important for filmmakers in general and Black filmmakers in particular to realize and use their power through their film making the way Spike Lee and Ousmane Sembene do and did it,” she said.

N’Daw-Spech said the Black Press has always been a “natural ally” to Black filmmakers.

“Black Hollywood is one of the important platforms available to Black talent. Black Hollywood can use its influence to tell meaningful stories the way Spike Lee does it. When it does, the Black Press should support and celebrate it,” she said.

“The movie raises some important issues about racism, police brutality and stereotypes in classic Hollywood films like D.W. Griffith’s ‘The Birth of a Nation,’” she said.

“Spike Lee touches on a lot of hot-button issues, but he smartly sprinkles the film with humor, so that it’s not too heavy-handed. Can we talk about the ending of the film? It’s powerful, heartbreaking and will make you leave the theater thinking. I’ve encouraged everyone I know to go see this important film,” Bennett said.