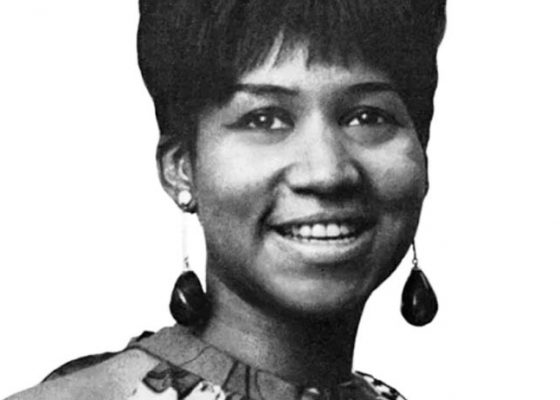 “She will be so missed as a mother, sister, friend, cousin,” said longtime friend Roger Friedman, who also covered the Queen of Soul for decades and originally broke the story about her cancer fight on showbiz411.com.

“Her legacy is larger than life,” Friedman said. “It’s not just that ‘Rolling Stone’ called her the No. 1 singer of all time, or that she’s the Queen of Soul. Long live the Queen.”

Franklin passed away at her home on Thursday, August 16.

“The NNPA profoundly mourns the passing of our beloved ‘Sister Leader’ and Queen of Soul Aretha Franklin,” said NNPA President and CEO Dr. Benjamin F. Chavis, Jr. “Her creative genius was matched by her steadfast courage as a freedom-fighting singer and leader for civil rights. Black America and all people of goodwill throughout the world will miss her, but her legacy will never be forgotten.”

Dorothy Leavell, the chairman of the NNPA and publisher of the Crusader newspapers in Chicago and Gary, Ind., said that she was saddened by the loss of the music icon.

“I send a message of sadness and respect for our beloved Queen whose musical genius [shined brightly] and resounded around the world,” Leavell said.

The fourth of five children, Aretha Louise Franklin was born on March 25, 1942, in Memphis, Tennessee, to Baptist preacher Reverend Clarence La Vaughan “C.L.” Franklin and Barbara Siggers Franklin, a gospel singer, according to her biography.

Franklin’s musical gifts became apparent at an early age. Largely self-taught, she was regarded as a child prodigy. A gifted pianist with a powerful voice, Franklin got her start singing in front of her father’s congregation.

By the age of 14, she had recorded some of her earliest tracks at his church, which were released by a small label as the album “Songs of Faith” in 1956. She also performed with C.L.’s traveling revival show and, while on tour, befriended gospel greats such as Mahalia Jackson, Sam Cooke and Clara Ward.

Hitting her stride in 1967 and 1968, Franklin churned out a string of hit singles that would become enduring classics, showcasing Franklin’s powerful voice and gospel roots in a pop framework.

In 1967, the album “I Never Loved a Man (The Way I Love You)” was released, and the first song on the album, “Respect”—an empowered cover of an Otis Redding track—reached No. 1 on both the R&B and pop charts and won Aretha her first two Grammy Awards.

Franklin’s chart dominance soon earned her the title Queen of Soul, while at the same time she also became a symbol of Black empowerment during the Civil Rights Movement of the time.

In 1968, Franklin was enlisted to perform at the funeral of Dr. Martin Luther King Jr. during which she paid tribute to her father’s fallen friend with a heartfelt rendition of “Precious Lord.”

Later that year, she was also selected to sing the national anthem to begin the Democratic National Convention in Chicago.

In 1987, Franklin became the first female artist to be inducted into the Rock and Roll Hall of Fame and was also awarded an honorary doctorate from the University of Detroit.

Prior to her passing this week, Stevie Wonder and the Rev. Jesse Jackson were among those who paid a visit to her at her home in Detroit.

“I prayed with her,” Jackson said.

In a statement, former President Barack Obama lauded Franklin as “The Queen.”

“America has no royalty but we do have a chance to earn something more enduring,” Obama said. “For more than six decades since, every time she sang, we were all graced with a glimpse of the divine. Through her compositions and unmatched musicianship, Aretha helped define the American experience.”

Obama’s statement continued: “In her voice, we could feel our history, all of it and in every shade—our power and our pain, our darkness and our light, our quest for redemption and our hard-won respect. She helped us feel more connected to each other, more hopeful, more human.”

And, Obama added, sometimes she helped us just forget about everything else and dance.

“Aretha may have passed on to a better place, but the gift of her music remains to inspire us all,” Obama said. “May the Queen of Soul rest in eternal peace. Michelle and I send our prayers and warmest sympathies to her family and all those moved by her song.”

This article was originally published at BlackPressUSA.com.