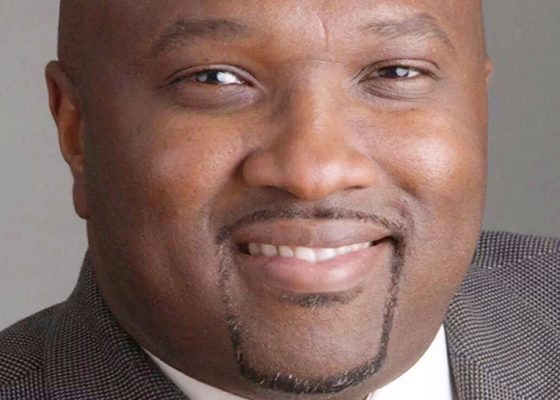 Black Youth Are Taking Up the Mantle of Leadership in America

Without being given much direction, Black youth have seemingly taken matters into their own hands, relative to their future here in America, by strategizing, organizing and mobilizing.

Whether on social media or through community activism in the streets, Black youth are proactively pushing the agenda forward and forcing society to no longer ignore many of the issues that have impacting the Black community for decades. Many have decided to take an even greater step towards bringing about change, by getting involved with politics.

These bold efforts to express themselves in ways that are progressive and substantive have given Black youth a clearer vision for their future and an even greater sense of purpose that has given them an alternative to doing things that are detrimental to their future.

Because many of their Black predecessors dropped the ball and failed to effectively protect them from the many dangers and pitfalls they have had to face without adequate support, it forced this new generation of Black freedom fighters to become more knowledgeable about things.

Black youth have chosen to stand up and fight for themselves, in spite of the lack of collective support they have received from the Blacks who came before them who were beneficiaries of the civil rights struggle.

That is why the Black Lives Matter movement was birthed and gained so much traction.

Black Lives Matter was formed by a small remnant of Black youth who were sick and tired of being sick and tired. This energized group of young, African Americans wanted to do something about the issue of police brutality, as well as other critical issues that were negatively impacting the Black community, particularly Black youth.

Black Lives Matter isn’t the first example of young, African Americans creating movements and platforms to allow their voices to be heard and making a difference. The hip-hop community was formed because many Black youth wanted to express themselves and needed an outlet to talk about the things they were dealing with in their respective communities and facing in this country. Just as it has been since inception, hip hop has become a steady tool used by Black youth to influence society and make a difference.

While there are a myriad of things currently impacting Blacks in America, the advent of social media has given Black youth the necessary access to news and information to keep them up-to-speed on everything they need to know.

Prior to social media, many young, Black people were disconnected from news and politics and had limited interest in things such as reading newspapers, watching news channels, listening to talk radio or keeping up with major current events and social issues online.

Now, through social media, Black youth have the ability to get this information in real time and in a way that is interactive and enlightening to them. This has caused many young, Black people to become more engaged in and educated about issues that truly impact their daily lives.

As America finds itself in the midst of a crucial midterm election, young, African Americans have chosen to get even more involved and are looking for more ways to make a difference, versus looking for leadership and assistance from older Blacks who many believe have abandoned them or from traditional mainstream Black institutions where they feel they don’t belong. Black youth have found themselves searching for answers and looking for quality leadership to help them navigate through these tumultuous waters called life in America.

Getting involved in community activism and politics may be the tools that they need to make more of an impact. Black youth need direction.

Since desegregation in the 1960s—and the election of President Barack Obama, decades later— some Blacks bought into the false pretense that America had transitioned to a post-racial society and that they would no longer be affected by the things their predecessors had to endure.

Fast forward to 2018, and we see that many of the Black youth who were never taught the realities of racism or never forced to experience the sting of segregation, are seeing a very different America than the one they grew up believing existed. In many ways, especially when looking at statistics and the current climate in America, Black people are facing many of the same issues they had to deal with during segregation. Sadly, in many cases, it has become far worse.

If Black youth are shown the importance of politics, the effectiveness of government and the impact of voting, they will do those things and be excited about being a part of them.

The National Newspaper Publishers Association (NNPA), which represents over 200 Black-owned media companies across the U.S., recognizes Black youth as an important part of the future of America. Through their efforts to register 5 million new, Black voters before the midterm elections in 2018, tapping into the energized spirit of Black youth in this country to accomplish that goal has been a primary focus of the group and one they believe will make a huge difference come November.

NNPA President and CEO Dr. Benjamin F. Chavis, Jr. says that he is encouraged today by the tenacity and courage of Black youth to challenge White supremacy, hatred and bigotry.

“The National Newspaper Publishers Association (NNPA) takes note, with a sense of pride, in the renewed activism and self-determination of today’s Black American youth leaders,” Dr. Chavis said. “The struggle for freedom, justice and equality is intergenerational. Each generation is obligated to wage the next stage of the struggle with a relentless courage to win more victories and to improve the quality of life of our families and communities throughout the world.

Dr. Chavis continued: “As one of the seasoned elders of the Black Freedom Movement in the U.S. and throughout the African Diaspora, we want the world to know that Black Lives Matter is a welcomed youth-led movement for social change across America.”

Encouraging Black youth to step up and get involved is an important step, but the role that Black parents and responsible adults in the Black community play in supporting Black youth is extremely critical and will help them effectively deal with the social ills and issues they are facing in America today. Until Black youth are shown that, however, it will fall on deaf ears.

Jeffrey Boney is a political analyst for the NNPA Newswire and BlackPressUSA.com and the associate editor for the Houston Forward Times newspaper. Jeffrey is an award-winning journalist, dynamic, international speaker, experienced entrepreneur, business development strategist and founder and CEO of the Texas Business Alliance Follow Jeffrey on Twitter @realtalkjunkies.

This article was originally published at BlackPressUSA.com.