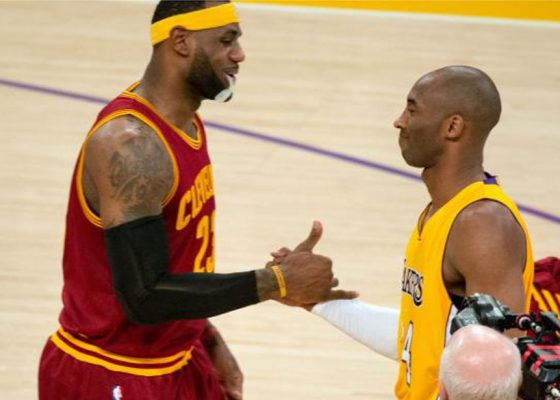 July 1 (UPI) — Four-time NBA MVP will join the Los Angeles Lakers after agreeing to a four-year, $154 million contract on Sunday.

James, 33, averaged 27.5 points and a career-best 9.1 assists and 8.6 rebounds per game this season, while posting a league-high 36.9 minutes per game. He also started 82 games for the first time in his 15 year NBA career.

“Thank you Northeast Ohio for an incredible four seasons,” James wrote on Instagram. “This will always be my home.”

The Akron, Ohio native was the No. 1 overall pick in the 2003 NBA Draft. He played the first seven seasons of his career with the Cavaliers, before signing with the Miami Heat in free agency in 2010. He won championships with the Heat in 2012 and 2013. James left the Heat to return to the Cavaliers following the 2013-2014 season.

In 2016, he helped lead the Cavaliers to an NBA Finals win over the Golden State Warriors, snapping a 52-year title drought for the city of Cleveland.

98.9K people are talking about this

The NBA free agency period officially kicked off at 12:01 a.m. on Sunday. James opted out of a $35.6 million player option to play for the Cavaliers during the 2018-2019 season on Friday.

Los Angeles posted a 35-47 record in 2017 and hasn’t made the postseason since the 2012-2013 season. Brandon Ingram, Kyle Kuzma and Julius Randle led the Lakers last season with 16.1 points per game apiece.