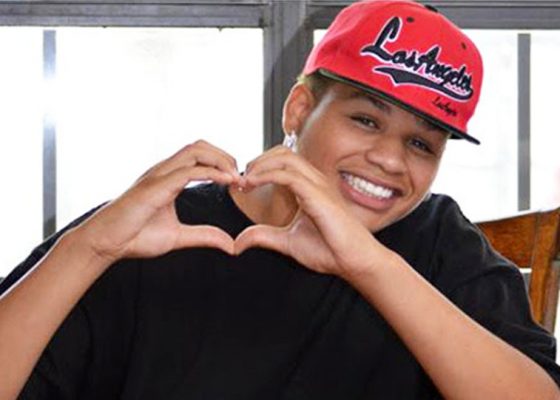 In 2016, Matthew Tucker was killed by officers from the Riverside County Sheriff’s office, who were called in for a suicide crisis intervention.

Riverside County, CA (BlackNews.com) — Temecula, CA is a location families relocate to, attracted by a better school district in a ‘safer’ neighborhood. Temecula, California had earned a reputation for being the ‘second safest city in America.’ Yet, Temecula is the location where police fatally shot 18-year-old resident Matthew, adding Matthew Tucker’s name to the tally that includes Freddie Gray, Sandra Bland, Tamir Rice, Philando Castile, and others.

Matthew Tucker was slain by officers from the Riverside County Sheriff’s office, who were called in for a suicide crisis intervention. The Tucker family is outraged and now seeking justice through the court system on behalf of their beloved.

Before police entered the home they were immediately cautioned by Matthew’s mom that he was suicidal and saying he ‘wants to die.’ Having already been informed that Matthew was emotionally distraught and despite the admonition, seeing the teen holding a knife, in a two-step process, county officers ordered the emotionally distraught teenager to ‘drop the weapon,’ drew their guns, and then, shot to kill. According to both officers’ testimony, they quit shooting when Matthew dropped the knife.

Matthew Tucker and his family were residents of Temecula, a suburban town in Riverside County, located in Southern California, population 113,054 (2016), known for Temecula Valley Wine Country. On the day Matthew Tucker was gunned down by police, he was in his home in the presence of several family members – his mother, sixteen-year-old sister, and niece, an eighteen-month-old toddler. His family trusted officials from the local sheriff’s office to de-escalate the situation. Instead, police entered and shot Matthew in his home, in the presence of his family in less than a minute. All surviving family members remain irreparably traumatized without so much as an offer of counseling or condolences from Riverside County.

Chief coroner Dr. Mark Fajardo indicated in his findings that the final, fatal shot resulted from an entry wound found in Tucker’s back with a bullet lodged in his abdomen. Dr. Fajardo further clarified during his June 7, 2017, deposition, the fatal “gunshot entered from the top [of Matthew’s back] going downward entering at the back right shoulder blade of Mr. Tucker and proceeding on a trajectory toward the lower right front of his abdomen but not actually exiting the abdomen.”

He also specifies the angle of the wound further suggests the shot was fired into Matthew’s back while the teen was on the ground, a clear indication of an unnecessary and unjustified use of deadly force. The family’s attorney, Darryl Exum, confirmed, “Neither officer testified they shot him [Matthew] while he was bent over,” and yet he was shot in the back. “Their expert, [Fajardo] said, Matthew may have bent over at a 45- degree angle when this bullet entered his body or he was seated on the ground or close to the ground or on the ground prone (laying flat on his stomach)” when he was shot in the back. Apparently, the fatal shot in Matthew Tucker’s back, occurred while he was down, disarmed, and on the ground.

In instances like this, stray bullets are as lethal as those aimed, endangering the lives of the family members inside the Tucker home at the time of the shooting, as well as endangering the lives of their neighbors. Bullets fired from the officers’ handguns had, in fact, ricocheted, exited the Tucker home, and pierced through two other homes nearby in the residential community. While no further injuries were reported in the Temecula incident, bystander fatalities from police-involved shootings can occur. In 2017, six-year-old Kameron Prescott was killed just days before Christmas, when a stray bullet fired from a sheriff deputy’s handgun pierced the wall of his Texas home.

Moreover, the fatal shot in Matthew Tucker’s back, apparently while he was down, disarmed, and on the ground, was fired by Deputy Michael Hamilton. Hamilton had previously come under scrutiny for misconduct and has faced three separate lawsuits. In a 2012 racial profiling incident (involving the threatening of 15-year-old Jerry Brown and his family), Hamilton randomly threatened an innocent young man at gunpoint, after mistaking him for another young black male who’d been spotted on camera shoplifting. Yet, despite Hamilton’s pattern of harassment, racial profiling, and resultant litigation, Riverside County has elected to promote Michael Hamilton to Sheriff Sergeant and has endowed both Hamilton and Calderone Major Incident Recognition Awards in a formal ceremony, held on March 23, 2018.

The Family of Matthew Tucker is outraged and calling for Justice and as Matthew’s mother, Jenny Tucker states, “I have no problem with policing. Law enforcement is necessary. Civil service has been this families’ legacy. Matthew’s dad, Shawn Tucker, is a firefighter and now owns a kennel that breeds and trains police dogs. Bad seeds, however, need to be held accountable. They were supposed to help, but they waltzed in and devastated us. And now, I feel like these despicable individuals just got trophies for killing my baby.”

While the defendants continue to celebrate each other in blame-the-victim fashion, the family and their legal team has submitted sufficient evidence to make it past summary judgement.

A Facebook page has been set up in Matthew’s honor to raise awareness and with updates of the ongoing litigation. For more information, please contact Darryl Exum by calling 951-682- 2903 or via email to maricruz.exumlaw@gmail.com.

The following hashtags are being used to bring awareness to this incident: