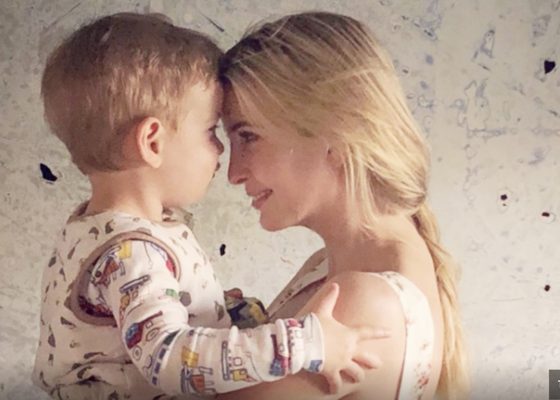 The administration of “family values” has created a narrative that  immigrants are not moms or dads, only criminals.

Families fleeing dire situations are having their children torn from their arms due to a new “zero tolerance” Trump administration policy.

Presidential Adviser Ivanka Trump on Twitter boasted of cuddling her two-year-old son, Theodore. Many thousands decried the tweet as tone-deaf and a cruel comparison. The current immigration polices have emboldened U.S. border agents to take detained children from their parents.

Last week, dozens of undocumented immigrants obtained at the U.S-Mexican border were transferred to the Federal Detention Center in SeaTac, near Seattle-Tacoma International Airport.

Almost all were women — 174 out of 206, Rep. Pramila Jayapal (D-Wash.) told The Washington Post. Jayapal met with the detainees on Saturday.

The majority of women were from Guatemala, Cuba, El Salvador and Honduras, but some were from as far away as Eritrea.

“Many spoke of fleeing threats of rape, gang violence and political persecution, Jayapal said,” according to The Post.

“She asked how many were mothers who had been forcibly separated from their children: More than half of the women raised their hands.”

Many of the women no longer knew where their children were being held.

Formerly, if a family was suspected of illegally crossing the border, they were allowed to stay together until their cases were settled. However, Attorney General Jefferson Beauregard Sessions III announced in May a “zero tolerance” policy. The administration is prosecuting everyone caught crossing the border illegally, so parents are held in jails, while their children are sent to shelters.

The American Civil Liberties Union has called it unconstitutional as it denies immigrant families due process.

Last Tuesday, the United Nations (UN) human rights office called on the Trump administration to “immediately halt” its increasing enforcement of separating children from their parents after they cross the U.S. border from Mexico, insisting there is “nothing normal about detaining children,” according to USA Today.

In response to the backlash against her May 27 Twitter post, Trump quoted a Roman emperor and philosopher Marcus Aurelius in a series of tweets:

“‘If thou workest at what is before thee, following right reason seriously, vigorously, calmly, without allowing anything to distract thee…If thou holdest to this, expecting nothing, fearing nothing, but satisfied with thy present activity according to nature… thou wilt live happy. And there is no man who will be able to prevent this.'”