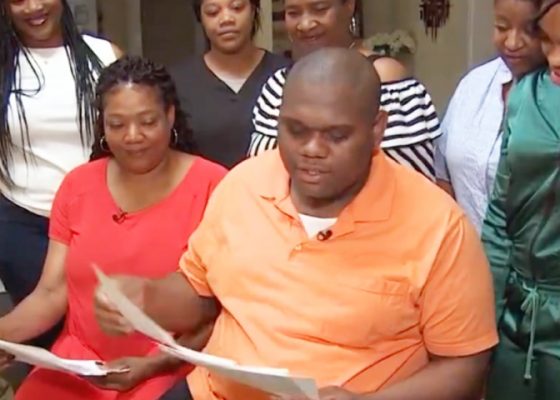 Wypipo: Quit making excuses. Work hard. Pull yourself up by your bootstraps. Go to college. No one’s just going to hand opportunities to you.

Also wypipo: Wow, you applied to 20 colleges? And got into all of them?How obnoxious.

Thankfully, Generation Z has demonstrated they’re not here for the funny shit. This includes Micheal Brown, a high school senior from Houston, Texas, who received well-deserved national attention after being offered a spot at 20 of the nation’s most competitive colleges—with full financial aid packages to boot.

For most reporters, this is a reliable feel-good story for this time of year. Who doesn’t love videos of teens and their families squealing with delight over the fruits of their labor? But leave it to two women of the less-melanated persuasion to find a bogus “discussion” around which to frame Micheal’s achievement: perhaps he tried too hard, and in fact denied other deserving college applicants a spot.

That’s exactly what co-anchor Holly Morris and contributor Sarah Fraser did on a news segment that aired April 3 on Fox 5 in Washington, D.C (h/t USA Today).

“It’s a little ridiculous that this kid applied to 20 taking away a spot and basically waitlisting another kid,” Fraser said of Micheal.

“I think it’s a little obnoxious because you can only go to one,” Morris added. “You can only take one full ride and you are taking a spot from someone else who worked really hard.”

Being waitlisted at Princeton. The. Horror. The indignity! That poor teen having to consider (shudders) their back-up state school for a few weeks? A dream deferred, truly.

Brown’s mother, Berthinia Rutledge-Brown, said her son was hurt by the comments. Two days after the interview aired, Micheal had a follow-up interview with Morris (he called it “respectful”) but noted that he didn’t receive an apology during the interview.

Nor will he allow the segment to air until the station publicly apologizes to him, he says.

Rutledge-Brown also told USA Today that Morris never apologized, saying the news anchor told her son she “didn’t mean to offend” him. She also echoed Micheal’s statement, saying the station itself never said it was sorry for running the segment, which in effect villainize a black teen for his accomplishments.

The only person who appears to have apologized for their role in this mess is Fraser, who said she spoke to both Micheal and his mother and said she was sorry for her comments.

“I have apologized to Micheal and he accepted my apology,” Fraser said on Twitter. “Micheal’s accomplishments aren’t up for debate. I have learned a valuable lesson.”

Micheal, however, has far bigger fish to fry at this point—deciding which school he’ll attend come the fall. Raised in Houston’s third ward, he currently holds a 4.68 GPA at Lamar High School, USA Today reports. He got into his dream school, Stanford University, but is also seriously considering Georgetown, Harvard and Yale. He says he will announce his decision on April 30.