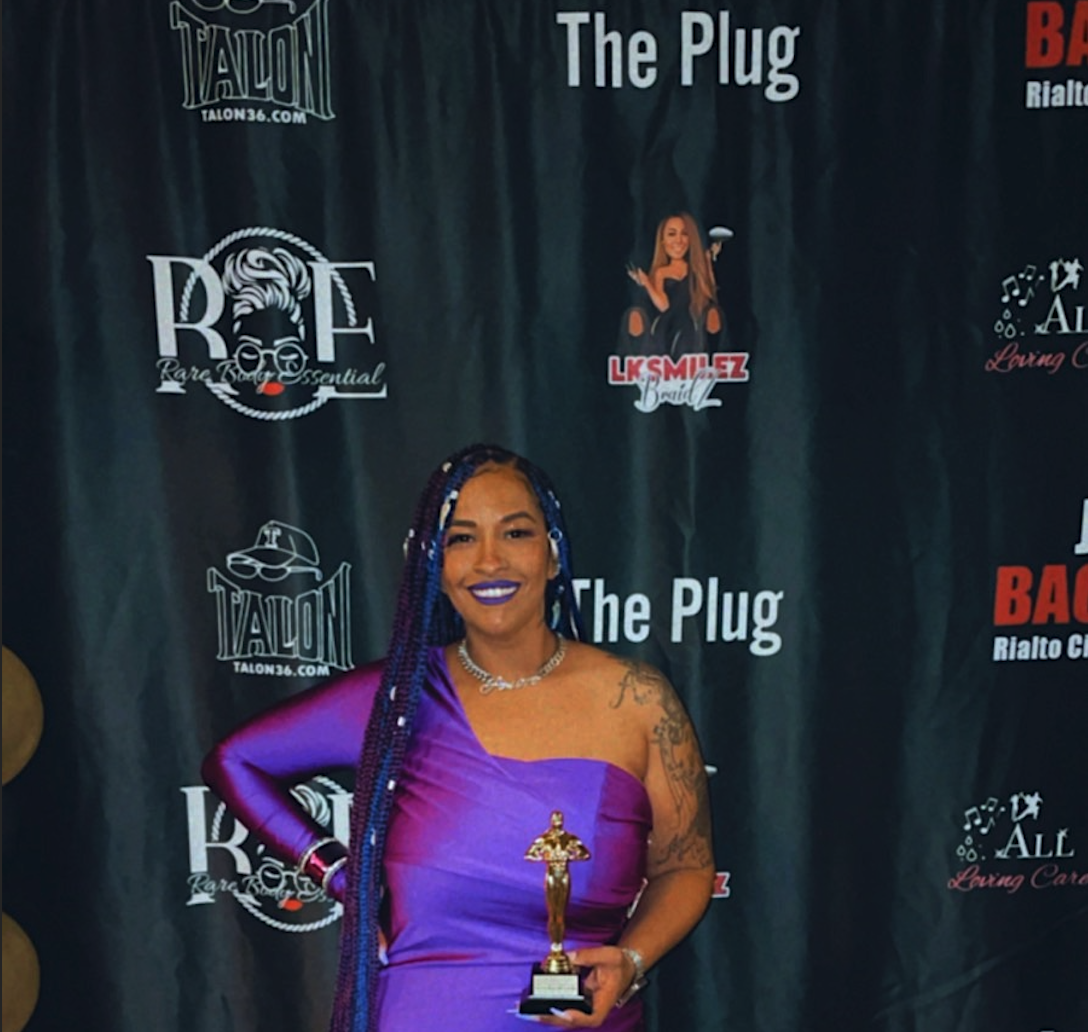 Singer Songwriter Amoré The Songstress strikes again with her second Female R&B Artist of the Year award. Previously she won in 2010 and now in 2022 she has claimed the award for a second time. Amoré thanked fans and the awards committee for voting for her as she was escorted by her youngest son Jaron Hill.

Amoré released “Summertyme Don’t Stop” in November of 2021 and the music video currently sits at over 120k views. Amoré has been performing non stop on stages all over southern California and also recently joined Skip Marley while he toured in Detroit Michigan.

Amoré has been teasing fans with snippets and footage of her debut album she has been working on titled “Finally” and her album is one of the most anticipated albums for R&B fans across the globe. 2023 is looking like the year we will hear the long awaited debut album from the two time Female R&B Artist of the Year. For more information and for all things Amoré, follow her on Instagram @Amorethesongstress or visit her website, www.Amorethesongstress.com