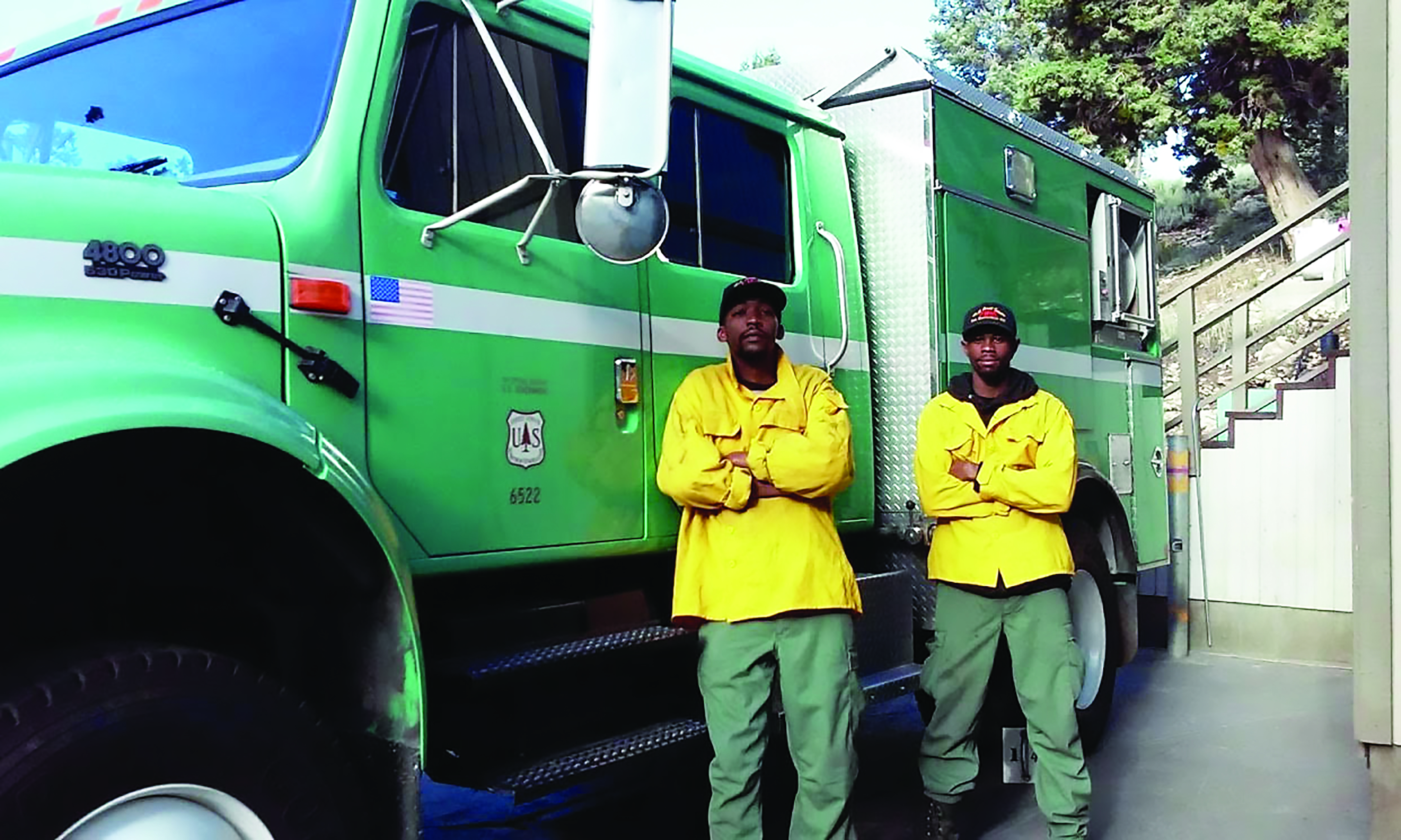 After Brandon N. Smith was imprisoned for the ninth time, he found himself at a crossroads. That’s when he learned about the California Department of Corrections and Rehabilitation (CDCR) conservation campfire crews, which allows inmates to train as firefighters.

Smith initially joined the program to get out of his cell, but something changed after working alongside firefighters and saving lives and homes. Smith said he found direction and realized he gained satisfaction fighting forest fires.

Smith is no longer incarcerated and now serves as executive director of the Forestry and Fire Recruitment Program, a nonprofit organization that supports formerly incarcerated firefighters, and those currently incarcerated in California’s Conservation Camps.

He said, “This work changed my life.”

Inmates who participated in one of the 44 California Conservation Camps received the same training from the California Department of Forestry and Fire Protection or CAL-FIRE as it gives to seasonal firefighters but inmates are paid $2 to $5 a day in camp and an additional $1 to $2 an hour when they’re on a fire line. But once they were out of custody, former inmates couldn’t get hired on with fire crews despite their training and experience because of their criminal backgrounds.

That changed in 2020 when Gov. Gavin Newsom signed AB 2147. The law changes the penal code so that formerly incarcerated firefighters can file a petition to request their records to be expunged of convictions and gain early termination of probation or parole. This opened the door for their employment in firefighting.

“This legislation rights a historic wrong and recognizes the sacrifice of thousands of incarcerated people who have helped battle wildfires in our state, and I would like to thank the Legislature for passing this bill,” said Newsom in a press release.

“Signing AB 2147 into law is about giving second chances. To correct is to right a wrong; to rehabilitate is to restore,” said Assemblymember Eloise Gomez Reyes, the bill’s author.

According to Smith, finding employment continues to be a challenge for people with criminal backgrounds. But it’s not just finding work; it’s finding well-paying jobs too. He was looking at minimum-wage jobs when he got out of prison, but now he could find a good job because of his firefighter training.

It’s not just about financial compensation for Smith. He genuinely loves his job and finds the work meaningful.

Smith credits retired Chief Betty Ashe for giving him a chance when he got out of prison. He had tried to get a job in the fire protection field but ran into obstacles because of his record.

Professional firefighters initially hesitated to work alongside former inmates, but eventually, they were glad for the help.

“They want to find a way to get more people into the program,” said Smith

Forest fires continue to be a major problem in California. The situation has been exacerbated for several reasons, such as climate change, hotter temperatures, drought, and mismanagement of forests.

Current climate conditions have created a perfect storm for forest fires, and there is a great need for people with the skills to work in fire protection and prevention.

“There are not enough people to do the work,” said Smith.

Smith admits that fighting fires is dangerous and scary. He said the first time he fought a fire, “I have never been that scared in my life.”

However, for Smith, being a firefighter allows him to “be a good citizen for the state of California.”

Being a firefighter has allowed Smith’s family to improve their situation. Now his daughter wants to be a wild land firefighter. And members of his church are interested in getting their family members into the program.