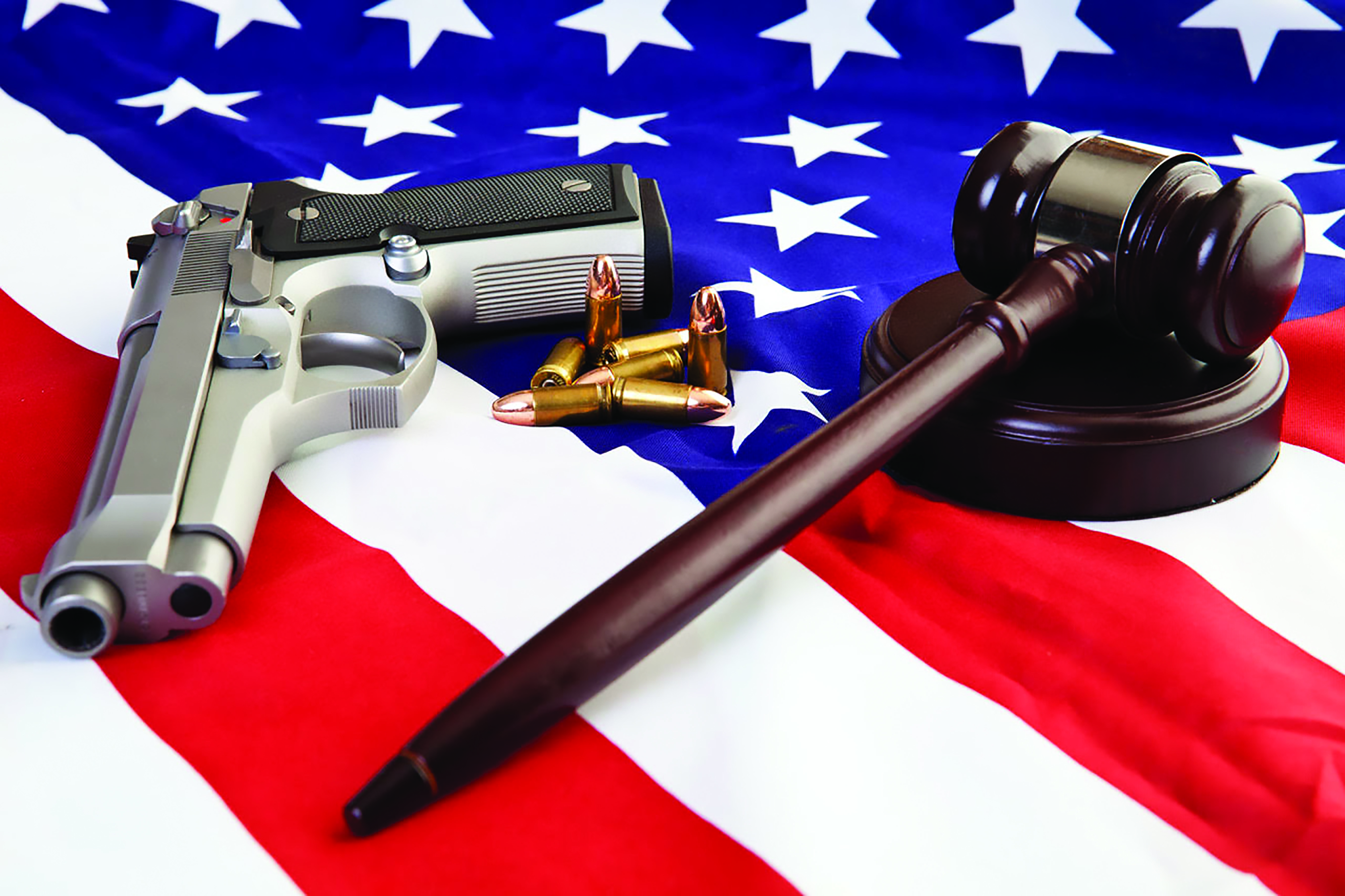 A little over a week ago, the United States Supreme Court (SCOTUS) handed down a 6-to-3 decision making it more difficult for a handful of states – including California – to keep strict laws they have in place against carrying guns in public.

Late last week, Gov. Gavin Newsom fired back by signing two pieces of new legislation in California intended to strengthen the state’s hardline position on possessing firearms in public. He says, together, the bills, AB 1621 and AB 2571, will take on ghost guns and prohibit the gun industry from “advertising to children.”

“From our schools to our parks to our homes, our kids deserve to be safe – in California, we’re making that a reality. As the Supreme Court rolls back important gun safety protections and states across the country treat gun violence as inevitable, California is doubling down on commonsense gun safety measures that save lives,” said Newsom, who also pointed out the that gun violence is the leading cause of death among children.

“The lives of our kids are at stake and we’re putting everything on the table to respond to this crisis,” the governor added.

News about the SCOTUS decision on guns June 23 was drowned out by coverage of the national outrage, and applause, that followed its the high court ruling on Roe. V. Wade the next day.

Reactions around the country nationally to the court’s gun restriction decision – the most significant change to the country’s firearm laws in a decade — were swift, passionate and strong. But the protests and celebrations mostly happened on the sidelines of the country’s more intense reactions to the abortion ruling.

In California, where more than 60 % of all adults favor stronger gun laws, elected officials, activists and civil rights leaders have blasted the SCOTUS’ decision.

But not everyone agrees.

Micah Grant is Black, Republican, a father, husband and Natomas School Board member in Sacramento County. He says agrees with the SCOTUS’ decision on guns, arguing that the New York law struck down had a built-in racial and class bias.

“I think it’s a fundamentally sound ruling that comes at, obviously, a very sensitive time,” Grant says. But the laws as thy they were created created two separate classes of people, where in many regions, only the connected and elite could exercise their fundamental right to protection.”

Grant says with crime on the rise in many cities across California, he says just going outside is “cause enough” to carry a gun.

“The state can simply implement reasonable training requirements to ensure those who apply for permits are knowledgeable, responsible, trained and that they understand the liability that comes with gun ownership,” Grant added.

California is one of five states with gun restrictions on the books, both statewide and municipal, that are affected by the ruling. The others are Maryland, Massachusetts, New Jersey and Hawaii.

Re. Karen Bass (D-CA-37) is running for Mayor of Los Angeles, a city where the homicide rate has seen a steep 50% increase between 2019 and the end of last year.

“Only 31 days after 19 students and 2 teachers were murdered in one of the most devastating mass shootings in the history of this country, the Supreme Court has responded by striking down a law that was on the books for more than 100 years, making it easier now to carry a weapon in public,” Bass said shortly after the in response to SCOTUS’ handed down its ruling.

Like Grant, Craig DeLuz is also Black and Republican like Grant and also the publisher of 2ANews, an online news and opinion outlet focused on gun rights.

“When you have a patchwork of laws from one city to another you don’t know what the regulations are. You are setting someone up to violate the law,” he says.

DeLuz says as Gov. Newsom and State Legislators draft new public safety laws to comply with the SCOTUS’ ruling, he hopes they do not violate the Second Amendment of the United States Constitution that grants citizens the right to bear arms.

“His lack of knowledge on the issue on of firearm policy and firearm technology is evident every time he speaks about it,” DeLuz said, criticizing the governor.

“Gun control laws in the state of California and nationally have been about disarming people of color going back to the 1870s,” he said. “It has been about making it illegal for Native Americans,

Chinese Americans, Blacks and other people of color from owing firearms.”

“Alarmingly, we are finding that more and more, no region or demographic is exempt from gun violence – our hospitals, grocery stores, schools, and even places of worship, are no longer safe. The proliferation of ghost guns, which are intentionally untraceable weapons to evade law enforcement, has only worsened the issue,” Gipson said.

Rep. Barbara Lee (D-CA-13) says the current Right-leaning Supreme Court has shown a double standard in the way the Justices ruled on gun rights and women’s rights to abortion.

“This conservative Supreme Court has ruled that states shouldn’t be trusted to make their own laws on gun control but can keep people from making their own health care decisions. It is unconscionable,” Lee said. “We are seeing the horrific consequences of minority rule playing out in real time—and this is only the beginning of their radical agenda to take America back in history and take another step toward eroding our democracy.”

There is overwhelming support and widespread commitment among elected officials in California for finding ways to strengthen gun laws in the wake of the SCOTUS Decision.

In the state budget that Newsom signed into law last week, lawmakers and the governor’s office agreed to fund $176 million in gun violence prevention grants going to 79 cities and nonprofits.

Attorney Gen. Rob Bonta announced that he is working with the State Legislature on a bill, Senate Bill (SB) 918, intended to preserve California’s existing concealed carry laws. He reminded residents of the state that “general prohibitions” against carrying firearms in public are still in effect.

“The data is clear, and the consequences are dire — more guns in more places make us less safe. In California, we are committed to passing and defending commonsense, constitutional gun laws that save lives,” Bonta said.