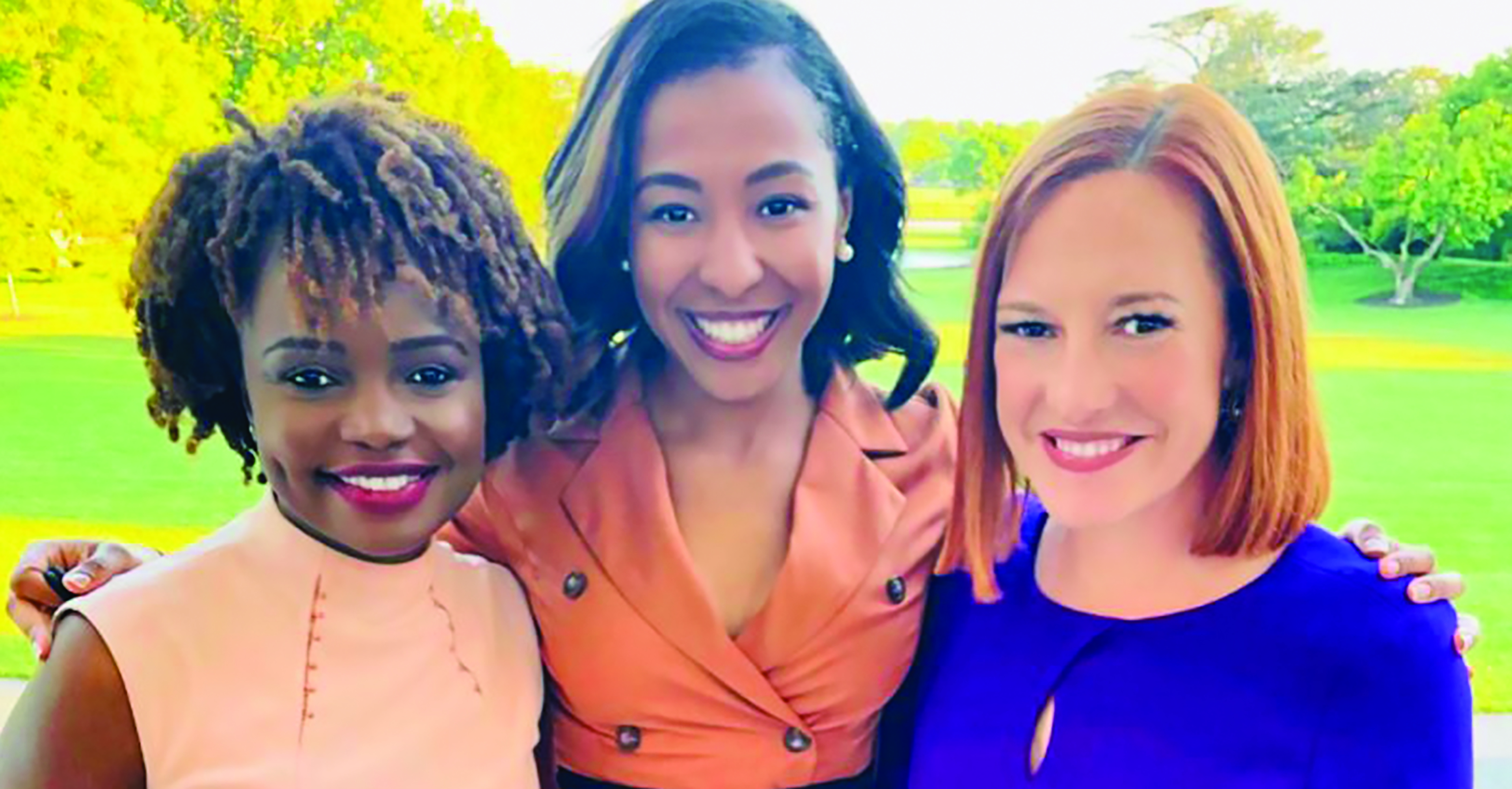 In Loewe’s all-too-important job as director of African American media, she has ensured that the Black Press and other media of color have enjoyed unprecedented access to the White House and top administration and cabinet officials.

“President Biden and Vice President Harris promised an administration that looks like America, and they have fulfilled that promise,” Loewe said during a recent visit to the National Newspaper Publishers Association’s (NNPA) headquarters at the Thurgood Marshall Center in Northwest, Washington, D.C.

There, Loewe sat for an interview with NNPA President and CEO Dr. Benjamin F. Chavis Jr., for his PBS-TV show, “The Chavis Chronicles.”

“Since day one, the Biden-Harris Administration has valued diversity, empowered Black voices, and taken a whole-of-government approach to advance racial equity,” she told Dr. Chavis during the episode scheduled to air later this year.

Loewe grew up in Miami after her mother gave birth to her in South Carolina.

She attended the University of Florida and later interned at the White House for President Barack Obama.

“Jim Clyburn is one of my favorite bosses, and he’s been very clear that I need to tell people that I’m from Charleston even though I grew up in Miami,” Loewe stated.

“He’s a great man, and I’ve learned a lot from him,” she remarked.

Her early influence came from her parents, particularly her mother and grandparents.

Loewe’s father worked in the nonprofit sector and helped her to gain a focus on economic empowerment and business development.

Her mother worked for a city commissioner, allowing Loewe to spend time at City Hall.

“I have always been around people who lead and serve, to some extent,” she said.

“My parents split up, but I lived with my mom and grandparents in a house full of love and laughter,” she said.

While working in the Obama White House, Loewe lived with her family and worked under the director of African American outreach.

Now, as director of African American media, she said her life had come full circle.

“I’m back at the White House, and my mother lives with me,” she said.

Loewe said her mother battles Alzheimer’s disease, but “somewhere inside, she’s there, proud of me.”

Loewe said she has enjoyed returning to the White House and tries to stay out of the crosshairs of secret service.

“We have fun. They take their jobs very seriously and we do as well,” Loewe said.

The fulfilling part of her job is allowing access to Black media and the American public, Loewe offered.

“There’s nothing like being able to grant access to the White House for the very first time,” Loewe declared. “It’s a building people have seen on television and thought they may never get inside. But, our job is to provide access to people.”

She exclaimed that the Biden-Harris administration had provided access never before experienced by the American public.

The administration also has remained the most inclusive in American history.

“Never has there been an administration that has uplifted and supported Black women as much as President Biden and Vice President Harris,” Loewe asserted.

“It’s just a fact. Numbers don’t lie. The Honorable [Kamala] Harris is a Black woman who has lived experiences… She attended Howard University, and she’s a member of the Divine Nine, the Black Church, and an advocate for Black maternal health and accurate home appraisals for Black people.”

“There are more Black people in first time positions in the President’s cabinet. You have the war in Ukraine and Gen. Lloyd Austin, the first Black to head the Department of Defense and U.S. Ambassador to the United Nations Linda Thomas-Greenfield. Two Black people you see every day making sure that we’re providing aid to Ukraine.”

She noted the Environmental Protection Agency’s Michael Regan as the first Black person to lead there, and HUD Secretary Marcia Fudge, as examples of other Black appointees in the administration.

“These are not symbolic positions,” Loewe concluded.