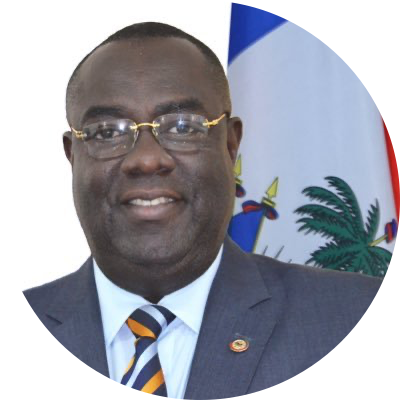 The pictures carry the weight of history. They are shocking in their own right, of course – desperate human beings, like most immigrants of old time to the United States of America from the old continent, carrying their worldly possessions, but attempting a dangerous border crossing on foot, for thousands of miles, instead of crossing the ocean, only to beaten and chased by men on horseback once they’ve arrived at their destination – but the not-so-subtle symbolism of a darker era of American history, from slavery through to Jim Crow, is clear for all to see.

These images of Haitian migrants crossing the Rio Grande River have caused a stir because they appear so antithetical to the oft-repeated values of the Biden administration, and to the America that shaped the world over the past 200 years.

We came to expect tougher rhetoric and even more ghastly actions regarding the border and America’s stance on immigration during the preceding administration, but Joe Biden and Kamala Harris came into office promising to ‘’ensure the dignity of migrants and uphold their legal right to seek asylum’’ and to reverse an era of border policy that famously saw children locked in cages.

Haitian migrants crossing the Rio Grande, however, have been denied their basic dignity by border enforcement authorities. Those who committed these violations must be held accountable, and compassion must be afforded to the people of our nation.

Haiti finds itself at an hour of need. In previous crises, the U.S. stood shoulder to shoulder with Haiti, most recently after the terrible earthquake in 2010. Today, the nation is grieving after the heinous assassination of our President, Jovenel Moïse, on July 7. We are now recovering from a devastating 7.2 magnitude earthquake that struck the Tiburon Peninsula on August 14. For many, that earthquake was more disastrous than the 2010 catastrophe. Thousands lost their lives, important buildings and infrastructure were destroyed, and again, Haiti is having to pick up the pieces.

Vice President Harris has expressed concern and promised an investigation into the incident at the US border, and it is right that we get to the bottom of what happened.

I am working with US Government officials on this, and I appreciate the support we have received from politicians here on both sides of the aisle who have spoken out about the severity of what occurred. But I also hope that this can spur a deeper re-imagining of the relationship between our two nations and people.

While fair treatment under the law for the “huddled masses” seeking to migrate to the US is very important and in line with the Biden Administration’s bedrock principles, there are clear root causes to the flight of our people, and we urge more collaboration as we work hard to address them.

The support of our most important ally will be crucial in getting us back on our feet. As a priority, we need urgent support through direct aid to rebuild parts of the country devastated by the recent earthquake. That includes greater disaster relief to victims, and capacity building and support for our underfunded institutions, particularly the National Police.

Haiti, the first Black republic and today a strong geopolitical partner of the United States, has much to offer in this partnership. The Haitian diaspora in the U.S. is over 2 million strong, and Haiti has had a lasting impact on the culture and economy of our much bigger neighbor, along with which we share the pride of being the first two independent Republics of the Western Hemisphere.

Every human being deserves dignity and the chance for a good life. We must work to ensure the hateful acts and summary expulsion are never repeated. And we must work to rebuild Haiti from the rubble, so our people no longer feel so desperate, and without options at home, even as we Haitians recognize our sole responsibility for solving Haiti’s myriad problems.

Perhaps, from this terrible moment, we can find our way to a better place.