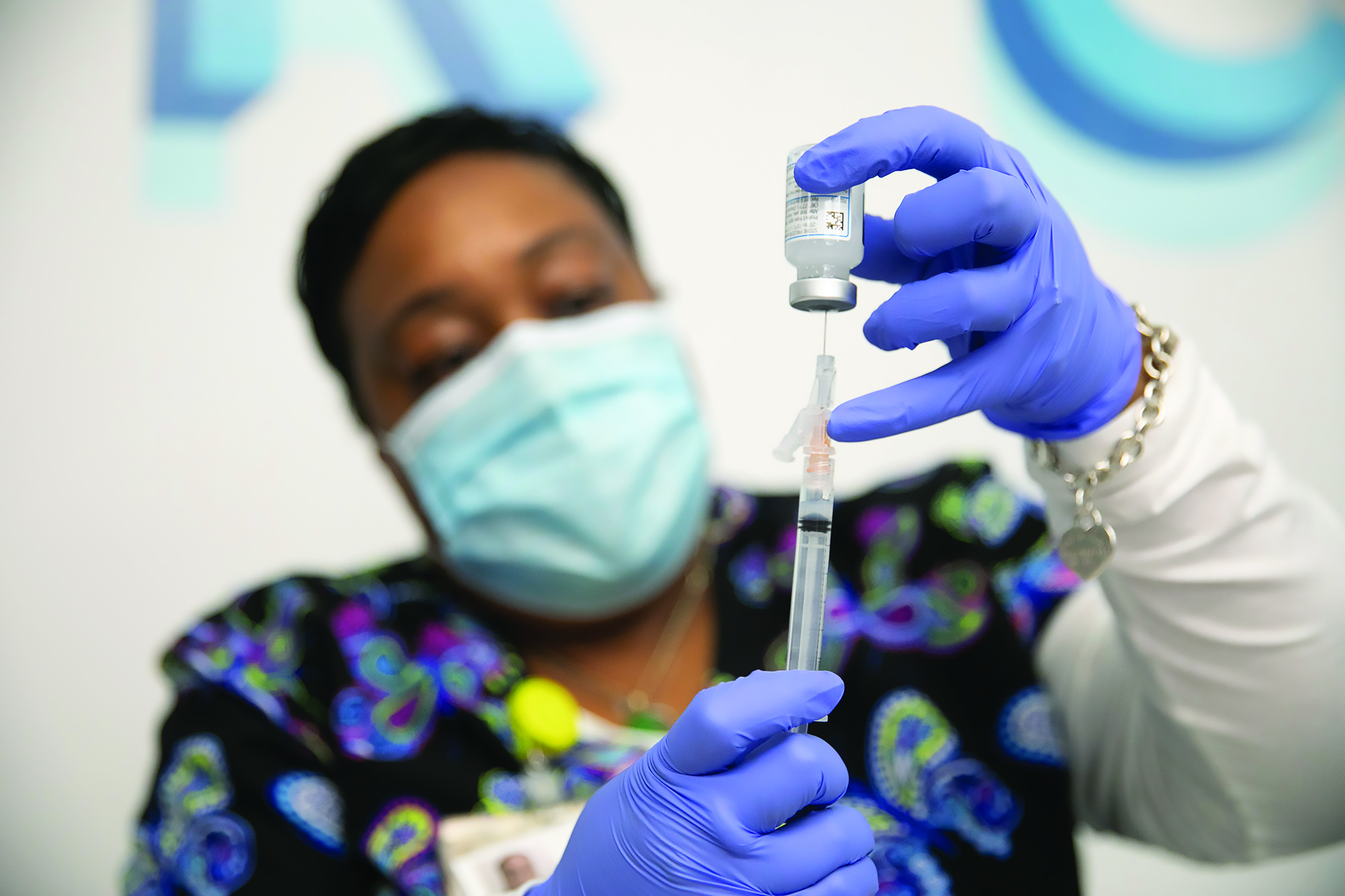 For Californians who are insufficiently compelled by civic duty and self-preservation to get vaccinated, Gov. Gavin Newsom is offering another reason to get the jab: cold, hard cash.

Thursday, Newsom announced a $116.5 million “Vax for the Win” program, the largest inoculation lottery program in the country. The money will be split among dozens of lucky Californians: $1.5 million to each of 10 “grand cash prize” winners who will be picked by random draw on June 15, and $50,000 each to 30 “Fridays for 30” winners to be selected by random draw on June 4 and June 11.

The remaining $100 million will be divided up in $50 retail gift cards among the next 2 million Californians to complete their vaccine regimen.

“These are real incentives,” the governor said at a press conference. “And these are an opportunity to say thank you to those not only seeking to get vaccinated, as we move forward, but also those that have been vaccinated.”

According to the most recent state vaccine data, a little more than half of all Californians over age 12 have been fully vaccinated. Another 13% have received one of two shots.

The percentage vaccinated varies wildly by race and income. Among Californians living in the top quarter of the healthiest ZIP codes, 76.6% have received at least one dose. In the least healthy quarter in the state’s “Healthy Places” Index, the share is only 52.1%.

“Some Californians weren’t ready to get their COVID-19 vaccine on day one, and that’s okay. This program is designed to encourage those who need extra support to get vaccinated and help keep California safe,” Dr. Tomás Aragón, director of the California Department of Public Health, said in a statement.

H.D. Palmer, a spokesperson for the state Department of Finance, said the lottery funding will initially come out of the state’s emergency operations account, but will be repaid with the state’s multi-billion dollar allotment of federal relief funds.

“The cost of not getting vaccinated is exponentially, incalculably higher,” Newsom said.

The governor noted that Californians who have already been inoculated will be entered into both the $1.5 million and $50,000 contests. When the state rolled out its MyTurn website as a one-stop-shop for vaccine appointments, most Californians turned elsewhere. But the state also maintains a confidential registry of all vaccine recipients. The names of winners will be kept confidential unless they volunteer to have them released, said Newsom.

“These are real incentives. And these are an opportunity to say thank you to those not only seeking to get vaccinated, as we move forward, but also those that have been vaccinated.”

Republican Gov. Mike DeWine of Ohio was the first to launch a statewide cash-for-vax lottery program in mid-May. Nearly 3 million Ohioans entered and a 22-year-old recent college grad was the first winner on Wednesday. According to one analysis, vaccinations jumped by 40% in the week after DeWine’s announcement.

Since then other state governors have followed suit. Colorado is offering a total of $5 million to the newly inoculated. West Virginia has tempted vaccine-hesitant young residents with savings bonds and New York has dangled the possibility of a tuition-free public university education.

But California’s cash giveaway is the biggest yet.

For Newsom, the program represents a political win-win. The governor has vowed to ease most of California’s COVID restrictions by June 15. The more vaccinated Californians, the more likely it is that the reopening process will go off without another surge in cases and hospitalizations. That, in turn, would be good news for the state, but also a governor who is hoping to survive an all-but-certain recall election later this year.

In a Public Policy Institute of California poll released this week, 57% of likely voters said they oppose removing Newsom, while 40% said they supported the recall. In the survey, 61% approved Newsom’s handling of the coronavirus pandemic and 75% gave the state excellent or good marks for vaccine distribution.

Earlier this month, the governor went on a statewide tour announcing various goodies from his latest revenue-rich budget proposal — a convenient mix of policymaking and politics. Handing out even more cash to Californians in the name of public health can’t hurt the governor’s political image either.

Based on the nearly 20 million Californians who have received at least one dose so far, the odds of winning the $1.5 million prize are 1 in 2 million — better than the chances in more established lotteries. The odds of winning $1 million in Powerball are 1 in 11.7 million and in Mega Millions are 1 in 12.6 million.

Newsom said the administration consulted with researchers at UCLA’s COVID-19 Health and Politics project in putting the program together.

According to research conducted by political scientist Lynn Vavreck, lead researcher at the project, about a third of survey respondents said they were “more likely” to get a COVID vaccine if offered a cash prize of $50 to $100. That’s compared to other tactics, including pro-vaccine public messaging from celebrities.

“Those types of message treatments did not work, but changing people’s material condition — giving them a little bit of money or telling them they don’t have to wear a mask anymore — made them more likely,” Vavreck told CalMatters.

But for a minority of survey respondents — about 15% — the offer of cash backfired. That’s consistent with some criticisms made of these lottery programs noting that some vaccine skeptics could falsely interpret a cash reward program as an indication that the vaccine presents a risk that has to be compensated.

Peter Chin-Hong, an infectious disease physician at the University of California San Francisco, said that different people remain unvaccinated for very different reasons — a lack of social pressure, inconvenience, concerns about common side effects and more unfounded and outlandish safety concerns — so a single policy isn’t likely to convince them all.

A possible cash incentive “will move the needle for the people on the fence,” he said. “The people who are watching and waiting, who are not necessarily opposed to the vaccine but waiting to see people they know get it…that group will probably be most moved.”

Earlier this month, the federal Centers for Disease Control and Prevention announced that fully vaccinated Americans can largely dispense with mask-wearing and social distancing— providing a powerful incentive for many. Though California has been reluctant to adopt more coercive measures, such as a statewide vaccine passport requirement, the reopening rules allow fully vaccinated people to attend larger events. Also, state and local governments have imposed selective requirements on certain Californians — public university students are likely to be required to have their shots, though prison guards are not.